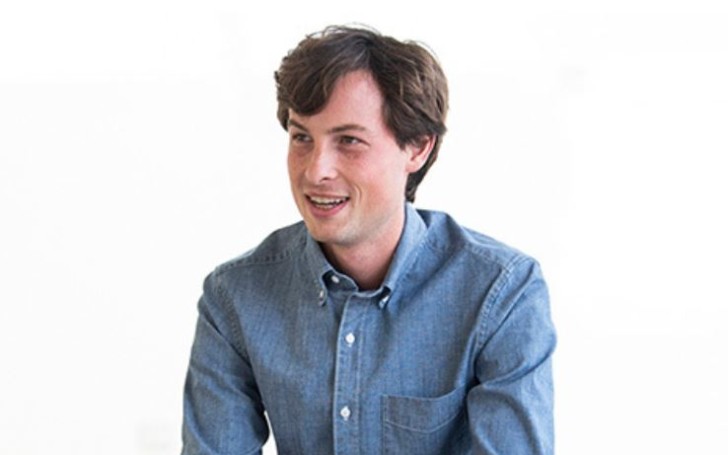 Reed Paul Jobs is the only son of the late Apple co-founder Steve Jobs and his wife Laurene Powell. His father almost single-handedly revolutionized the whole tech industry. However, in doing so Steve somehow became distant from his family, especially with his kids.

Apart from Reed, Steve also fathered three more kids, Lisa Brennan, Erin Siena & Eve, all girls. While growing up, it has been said that Reed had the same nature as his father, incisive and smart.

Well, today we shall find all about Reed Jobs. We’re going to tell you about his early life, siblings, current whereabouts, and if he is dating someone. Let’s go!

Reed was born on September 22nd, 1991, in California. He is the first biological son between Steve and Laurene. His mother Laurene gave birth to him just a few months after her wedding with Steve.

Reed has a mixture of ancestry. From his dad’s side, he is of Syrian, Swiss, and German descent. While from his mom’s side he is of English ancestry.

The star kid grew up in his father’s massive 5,768 square feet house situated in the Palo Alto corner of Waverly Street.

What is the truth behind Reed’s name?

When Laurene gave birth to her firstborn, choosing a name was no small task. After much discussion, she and Steve decided to go for Reed Paul.

The inspiration behind his first name is reportedly Reed College, the college which his father joined but later dropped out of. As for the middle name, well, Paul was the first name of Steve’s adopted father.

Reed has Two Biological Siblings and One Half-Sister

Apart from Reed, the Jobs residence in Palo Alto also echoed the soft cries of Reed’s younger sisters. The middle one of the Steve and Laurene brood, Erin Siena Jobs came into this world on August 19th, 1995. Subsequently, a few years after, the youngest and probably the high-spirited one, Eve Jobs was born on May 2nd, 1998.

All three of them were the apple of their parents’ eyes. Despite being busy with his work, Steve tried to spend as much time as possible with his kids. All in all, the five of them were like your good old tight-knit family.

Meanwhile, Reed Paul Jobs also has a half-sister named Lisa Brennan Jobs, born May 17th, 1978. Lisa is Steve’s daughter from his relationship with his high school sweetheart, Chrisann Brennan. Although Chrisann and Steve called it quits after graduating high school, they reconnected right after he came from India.

Talking about Reed’s siblings, Erin is a Tulane University graduate, Eve is a professional equestrian, and half-sibling Lisa is an author.

Since joining middle school, Reed was quite interested in studying cancer. He was so into it that his high school senior report was related to cancer study. After the completion of his project, he presented his study in front of the whole school. His father Steve, alongside his other family members, was in the audience beaming with pride.

By the bys, he studied at the independent college day prep school, Crystal Uplands School.

Moving on, after graduating high school, Reed Jobs did his under graduation and post-graduation from the world-renowned Stanford University. After graduating with a degree in Masters of Arts in 2015, he joined his current workplace, Emerson Collective.

Since 2015, he has been working as the Health director at the company. While talking about the company, well, it was founded by Reed Jobs’ mother Laurene back in 2004. The for-profit corporation generally focuses on education, immigration reform, and health.

In an interview from 2018, Reed mentioned that his role is to invest in oncology projects in companies that focus on cancer research.

Reed’s mother and Father were Married for Two Decades

Steve has had a string of relationships in his lifetime but none of them held out for long. Nevertheless, it all changed when he came across Laurene in 1989. The late innovator was giving a lecture at the Stanford Graduate School for Business when he came across his future wife sitting in the front row.

Upon seeing her for the first time, Steve was head over heels. He was so infatuated by her beauty that immediately after finishing up his speech, he met her in the parking lot and asked her out.

After dating for a couple of months, they married on March 18th, 1999. Their happy marriage came to an end after Steve’s untimely demise in 2011.

Is Reed Paul Jobs Dating Someone?

Well, till now, we don’t have information if Reed is dating or even married to someone. The star kid isn’t active on social media so finding out about his personal life is a pretty difficult thing to do. Moreover, he rarely appears in public meaning he is a reserved guy.

But wait, this doesn’t mean Reed never had any girlfriend. In the book titled Steve Jobs wrote by Walter Isaacson, it has been stated that he was in a relationship back in 2010. An interesting anecdote, Reed once, while eating dinner with the family, asked his father Steve to suggest him a nice place for a date night with his girlfriend.

Steve then recommended he go to Il Fornaio restaurant. Unfortunately, Reed had already tried going there but couldn’t get a reservation. Then out of nowhere, the otherwise shy and reserved Erin told her brother that she would outfit a tepee in their backyard for his date while Eve will serve a romantic meal for the two.

Going by the story, one thing is for certain Reed did have a girlfriend back in 2010. Who knows, maybe they are still in a relationship.

When Steve died, he left a billion-dollar fortune. The majority of his wealth was inherited by his wife Laurene, who now has a net worth of $20 billion.

From the aforementioned, it is clear that Reed also enjoys a fairly lavish life. But then again, the Jobs kids are an intellectual bunch. All of them are in their own respective field. Above all, Reed is trying to change the cancer scenario from his work as a health director. We hope his dream comes true.