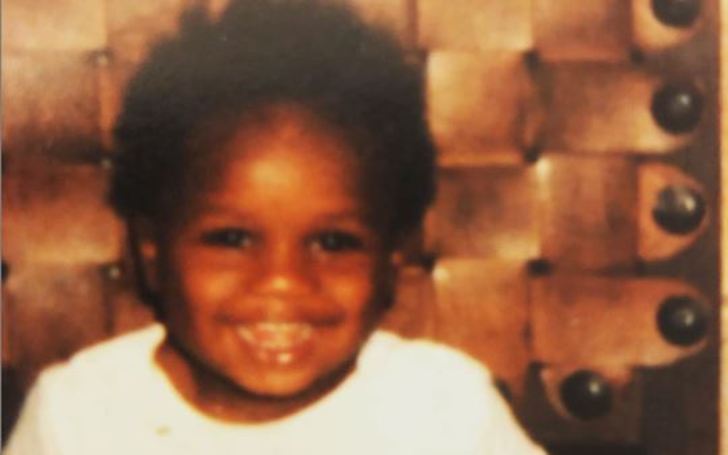 Symeon Mooney is the late son of the deceased comedy-writer, stand-up, and actor, Paul Mooney. Symeon’s father, Paul is remembered for being the writer for comedian Richard Pryor and for his collaborations with Redd Foxx, Eddie Murphy, and Dave Chappelle.

Symeon was the last child of Paul and his former wife, Yvonne. He, however, lost his life at a very young age. Know all about his murder, early life, and much more in the writings below.

Symeon Mooney Got His Name From Bible

In his memoir, Black is the New White, Paul Mooney mentions how his youngest son got his name from a religious character. Additionally, Richard Pryor’s writer has also revealed how Symeon had a close facial resemblance with his mother, Yvonne.

“Symeon looks more like Yvonne, while Shane and Spring look like me. Symeon, like Symeon the Righteous from the Bible. The other kids always make a big deal of him, he’s their little pet,”

writes the late comedian in his memoir.

As mentioned, Symeon’s father is a comedian, writer, and actor. His ex-wife and Symeon’s mother, Yvonne Mooney (nee, Carothers) is known for portraying Congregation Lady in the 1977 comedy film, Which Way Is Up? Yvonne also has an appearance in the film “The Richard Pryor Special? (1977)”

Symeon’s parents, Yvonne and Paul wed in 1973 though they later divorced.

After splitting up with Symeon’s mother, Paul married a woman named Shelley. There, however, is little or no information about her to date.

The late comedian father of Symeon also dated, Stacey J and Lotti Petti. And before his death, the Sanford and Son writer was in a relationship with 10-time Grammy Chaka Khan.

Way before dating Yvonne, Paul had a relationship with Karen, a theater actress and prior to that, his first serious relationship was with Toni.

The Louisiana-born stand-up comedian passed away in May 2021 in his Oakland residence, California, at age 79. Paul died of a heart attack.

Symeon’s dad wrote for many comedy shows including Richard Pryor’s comedy album “Saturday Night Live” jokes. He also scripted for shows like Sanford and Son” and “In Living Color.”  Additionally, he had roles in films such as “The Buddy Holly Story,” “Bamboozled,” and “Meet the Blacks.”

The late Symeon Mooney’s siblings include the famous Mooney twins, Daryl and Dwayne, Shane, and Spring. The womb mates Daryl and Dwayne are the sons of Symeon’s father with his previous wife, Toni.

They both are former actors turned life and financial coaches. Daryl the 30-minute older brother of Dwayne and the eldest of Paul’s children has acted in films such as Write It Black, The Fish That Saved Pittsburgh (1979), and Wishes (2014).

On the other hand, Dwayne’s film credits include Reach Around Radio (2011), The Fish That Saved Pittsburgh (1979), and Actors Entertainment (2009).

Shane, the other brother of Symeon, is the first child of Yvonne and Paul. He is a writer who has written for several magazines, including Penthouse, PC Magazine, and Entertainment Weekly. Shane reportedly resides in California, the northern side. In his spare time, Shane collects sexual trivia.

In addition to aforesaid names, the late son of the late comic writer also has a sister, named Spring. She apparently is an owner of One Moon Many Stars, a brand ambassador at Starbucks, and the mother of three kids.

Lastly, his other half-sister, Lisa was born through Paul’s teenage relationship with Karen.

Symeon’s Half Siblings, Daryl, And Dwayne Are Quite Famous

The brother duo, Dwayne and Daryl are often known as the famous Mooney twins. Together, they are comedians, health educators, motivational speakers, and self-help advocates. They provide comedic mentorship in holistic health, ideas on passive income, and advice regarding the FX market.

The twins have spoken in lecture halls across the country for over 20 years. They have also performed stand-ups across several comedy clubs around the states. Additionally, they coined their particular sense of humor and sarcasm as Conscious Comedy.

Symeon Mooney Was Allegedly Shot By One Of His Close Friend

Allegedly, the shooter was one of the guys who used to hang out with Symeon. He shot Paul’s youngest son from a close range in a car parked in an alleyway in LA, the father of five writes in his book, Balck is the New White.

Paul who was at the time in New York got the news of his son’s death through a friend named, Eric. Back then, news organizations thought it was Paul who had died.

The memoir also reveals the killer later driving to Las Vegas, checking himself into a hotel, and committing suicide. However, the reason as to why he killed Symeon was never disclosed.

Apparently, It Was The Street Life That Killed Symeon Mooney

Prior to his death, the late Symeon used to hang out with Ramone in the streets. Ramone was the son of Paul’s cousin, Raquel.

The father of five in his autobiography writes Symeon and Ramone’s combination was rather bad. The two often used to entangle themselves with the street conflicts. Ramone even went to prison because of that. After the death of Symeon, Paul says his whole family was wrecked.