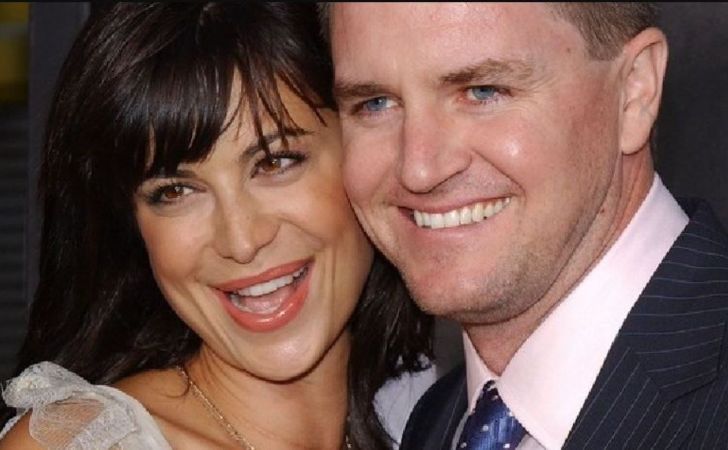 Adam Beason is an American screenwriter, actor, and producer known for The B-Ring, The Ranger, & others. Despite her successful career, he gained major limelight after her marriage to actress Catherine Bell.

Unfortunately, Beason is no more with his ex-wife Catherine, but how is his life at present? Did he ever get married after his divorce? Does he have any children? In this article, we are going to talk about his career, age, net worth, and many other interesting details.

The successful actor Adam Beason was born on August 25, 1969, in Los Angeles, California, USA. As of 2022, he is 51 years of age and will turn 52 in August 2022. As a child, he spent a large part of his life in his hometown. But unfortunately, he has not revealed much about his parents.

Talking about his education, he studied at California State University, East Bay, where he completed an AA in Broadcasting.

He is not only an actor but also a screenwriter, producer, and assistant director as well. Talking about his acting career, he made his debut appearing in an action/crime TV series JAG. He appeared in three episodes of the series from 1999 to 2001. Apart from Adam Beason, the series also stars actors including David James Elliott, Catherine Bell, Patrick Labyorteaux, and others.

Before making his debut as an actor, he worked as an additional crew member. During making it big in movies, he was a production assistant for movies like Stone Cold, Keeper of the City, Death Becomes Her, Of Mice and Men, and Monkey Trouble.

Adam has also been into screenwriting. His first work as a writer was in the 2011 TV movie Last Man Standing. He is also one of the writers for the 2016 horror movie Deceived.

Similarly, he has also written an episode of Airship Cowboys. Apart from all these works, he is also a freelance screenwriter and has been active since 2007, as per his LinkedIn profile.

Apart from writing, he also has produced a few movies. He was one of the executive producers of the 2014 comedy film, Nowhere Girl. The movie stars actors like Josh Robert Thompson, and Jennifer Aspen, among others.

Likewise, he was also the executive producer for the 2016 horror-thriller Deceived. Directed by Carlos Jimenez Flores, it stars Betsy Landin, David Paladino, Mike Falkow, and a few others in the lead.

Similarly, Adam Beason also has had his hands in directing. He made his directorial debut as a second unit director in Nowhere Girl. His other works as a director include Deceived, and The Out of Town Wedding.

Adam Beason Is The Ex-Husband Of Actress Catherine Bell

It is well known that Adam was once married to actress Catherine Bell. He married the Good Witch actress Bell in a beautiful wedding ceremony on 8 May 1994.

Well, having tied the knot in 1994, by the 2000s, Adam and Catherine had even earned a place of an “inspiring couple’ because of their long-term marriage. In fact, in a 2008 interview with Pink Magazine, Catherine praised her husband and stated,

My husband’s name is Adam Beason, and he’s a screenwriter. He’s a sweetheart. We’ve been together 16 years, which in Hollywood is like dog years. We’re very proud of that. I would say friendship and honesty-no secrets, no lies. You have to be friends and work things out.

But unfortunately, despite all the bonding and a marriage of over 17 years, the duo filed for divorce in 2011, which was finalized in 2012.

Prior to getting a divorce, Beason and his ex-wife lived in a beautiful 5,700 square feet mini-mansion situated in Calabasas, California.

How Did Adam And Catherine First Meet?

The couple met back in 1992, on the sets of Death Becomes Her. While Adam was the production assistant of the movie, Catherine served as the body double for Isabella Rossellini.

He Is The Father Of Two Children

If you didn’t know, Beason is already a father of two with his ex-spouse Bell. His first child, a daughter Gemma was born on 16th April 2003. Likewise, his second child Ronan was born on 21st August 2010, just a year before his split.

Despite their divorce, the couple took care of the children together. In fact, both of them still share a great relationship with their kids. One of the representatives of Bell even stated that they are on great terms and in agreement to raise their kids together. He stated,

They remain great friends, They’re committed to raising their two children together.

Further, Bell also talked about her children and motherhood on multiple occasions. During one of the interviews, she said,

I love being a mom more than anything! It’s absolutely the best ‘job’ I’ve ever had. I have a tattoo of each of kid’s name. Gemma is in Persian on my left wrist and Ronan on my right inner forearm in an ancient Celtic alphabet called Ogham.”

Following the divorce with Adam, his ex-wife is dating Brooke Daniells. Catherine and Brooke reportedly began dating in 2002 after meeting at the Psychiatry: An Industry of Death museum.

The lesbian couple is together for over 20 years and their relationship seems as strong as ever. Just for a fact, Brooke is an American jewelry designer and is well accomplished in her professional life.

Unfortunately, Beason is not on any social media platforms. Since his split, he is completely engrossed in work and is more focused on his career.

Also, he does not face the media as often and has kept a low-profile life.

As an actor and producer, Adam Beason definitely earns a decent salary in his career. In fact, several outlets have estimated his net worth to be over $1 million. However, the verified details are still unavailable.