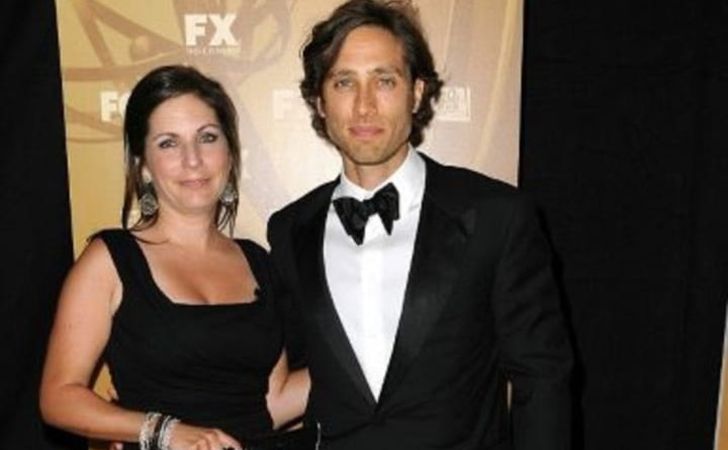 Suzanne Falchuk, aka Suzanne Julie Bukinik, is an American TV producer. Though she has achieved quite minimal success professionally, her recognition in the media is decent. She is primarily known for her marriage with ex-husband Brad Falchuk.

Moreover, Suzanne also had two children with Brad. While her ex-spouse has moved on with a new relationship, Suzanne’s life seems a little hazy.

What is Suzanne up to at present? Is she dating or married again for the second time? Here is a detailed account of her personal and professional life.

Though Suzanne has kept her life completely away from the media at present, she was not always the same. The TV personality Suzanne was rather a subject following her marriage to Brad.

They reportedly got married in 2002 and a private ceremony. However, as fate had it, they didn’t stand to their wedding vows. Almost 11 years after their marriage, the two called it off and filed for divorce in 2013.

Though they didn’t reveal the reason for their separation, there were rumors of Brad’s infidelity as the cause.

She Married Brad After Dating For 8 Years

The former couple Suzanne and Brad’s decision to tie the knot was not an instantaneous decision. The two rather dated for over 8 years before they finally gave it a go.

Suzanne, who was a more successful TV producer a the time, met Brad in 1994. Their friendship turned into a romance the same year when they eventually began dating.

In a marriage that lasted around 11 years, Suzanne gave birth to two kids with Brad, a daughter Isabella Falchuk and a son Brody Brody Falchuk.

More people have been on the summit of Mt. Everest than have climbed to the top of a giant redwood. This is us about a third of the way up “Grandfather”. Brody was the youngest to ever do it. #fathersandsons

Suzanne’s Career Was Far Better Than Brad When They Met

When Suzanne and Brad met, Suzanne reportedly had a far successful career than Brad. In fact, she has already been part of some successful projects whereas Falchuk was just starting out in the industry.

Needless to say, Suzanne is decently successful as a producer. She has produced some successful TV programs like My Wonderful Life, According to Jim, and a few others.

She was part of According to Jim from 2001 to 2008 and in 182 episodes. Well, it was during this time that she even started her own production house named Suzanne Bukinik Entertainment.

Her Ex-Husband Brad Is a Successful Producer and Writer

As we have already mentioned above, Suzanne’s ex-husband Brad is a successful actor, writer, and producer. He is mostly recognized for co-creating comedy-drama television series Glee, American Horror Story, with American screen-writer Ryan Murphy.

Likewise, he has also worked as the writer and producer for other projects like Mutant X, Earth: Final Conflict, Nip/Tuck, Scream Queens, The Politician. As of 2020, he is working in the American action procedural drama television series 9-1-1: Lone Star.

Suzanne Is Apparently Single Since Her Divorce

Suzanne divorce her ex-husband Brad in 2013 and ever since she has maintained a very private life. Talking about her romantic relationship, it looks like she is single, however, it is hard to exactly confirm her relationship status.

Since her divorce, she has hardly made any public appearance and has completely avoided the limelight.

While Bukinik has remained apparently single since the split, her ex-partner moved on to a new relationship. Shortly after the split, Falchuk got married to American actress Gwyneth Paltrow.

Gwyneth and Brad met on the sets of Glee in 2010, however, they got romantically involved in 2014. They announced their engagement on January 8, 2018, and finally tied the knot in July 2018, in a private wedding ceremony.