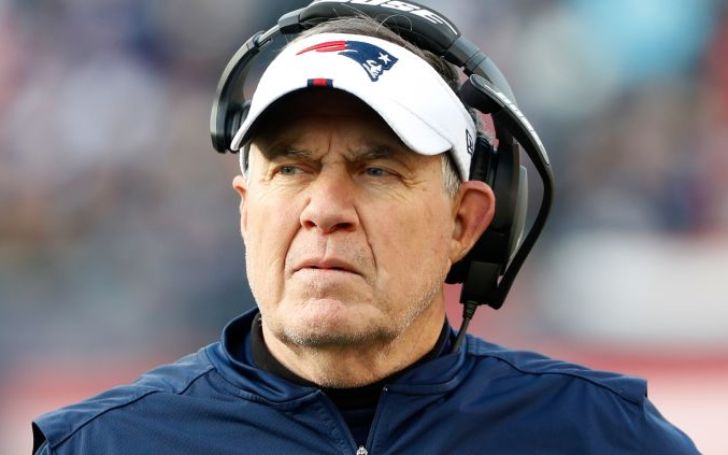 Touted as one of the greatest NFL coaches in history, Bill Belichick is famous all across the US if not the world. The very successful coach has been married once and is currently in a happy relationship.

Besides, all of his kids have followed in his footsteps and working in coaching. There are a lot of interesting facts to know about Bill and today we’re going to list them for you.

Bill was married to Debby Clarke Belichick from 1977 to 2006. The couple was high school sweethearts and after years of relationship, they decided to tie the knot.

However, after years of marriage, the lovers decided to call it quits. They got separated in 2004. Subsequently, their divorce was finalized in 2006.

Bill and Debby share three children, Stephen Belichick, Amanda Belichick, and Brian Belichick. Surprisingly, not one but all three of them have followed their dad’s career path. Yes, all of them are working in the coaching department.

Stephen works as the Patriot’s safety coach. Amanda is a lacrosse coach in a college. The youngest Brian is slowly but steadily working his way into the pro football coaching. He was even promoted to coaching assistant.

Bill got Roped in on a Scandal right after Divorcing Debby

Apparently, Bill had an affair with a former New  York Giants’ receptionist Sharon Shenocca. Initially, her husband Vincent Shenocca alleged his wife had an extra-marital affair with the New York Patriots’ coach for years.

What’s more, Belichick even gave Sharon thousands of dollars as a token of love. A judge in New Jersey even allowed attorneys to question Bill at the divorce trial between Sharon and Vincent.

Although the matter was solved without Bill needing to appear in the court, he was accused of sending Sharon envelopes filled with cash and buying a $2.2 million residence at Park Slope Town House.

Sharon and Bill had first come across in the 1980s, while he was a defensive coordinator at the New York Giants. Many tabloids back then claimed Bill’s affair with Sharon is the reason behind the end of his marriage with Debby.

What is Bill’s ex-wife, Debby Clarke Belichick doing these days?

Since separating from Bill, Debby has been leading a successful professional life. Right after the divorce, Debby and one of her friends opened The Art of Tile & Stone, a tile store in Wellesley.

She opened the store along with Paige Yates, who is a local realtor. If you take a look at Debby’s Facebook the majority of the posts are generally related to the store’s finished projects.

Moreover, she and her ex-husband are still close friends. She even got involved in the Boston Marathon to support the Belichick Foundation.

Just after a year of divorce from Debby, Bill moved on with his new lover, Linda Holliday. They have been dating since 2007 after coming across in a nightclub in Florida. 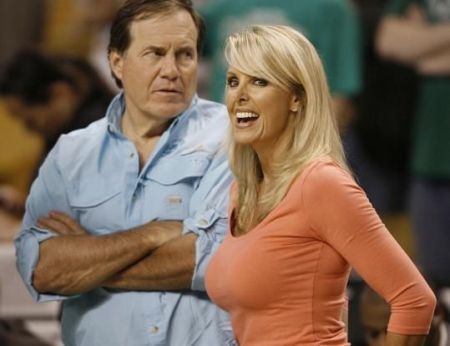 Linda was with a group of lady friends when she & Bill crossed paths. The attraction was instant and they soon started chatting up. Heavy reports, Linda broke up with a guy she was seeing at that time to pursue things with Bill.

Later on, Bill even sent this lovely lady flowers with a note to show his appreciation. The note read, “Thanks for the wonderful evening, Bill.”

The duo has been together for over a decade so it’s natural people often speculate about their engagement. They are not engaged just yet.

Meanwhile, like Bill, Linda too has children from her previous relationship. She is a mother of twin daughters, Ashley and Katie Hess. Apart from that, like her boyfriend, Holliday is also an avid supporter of the Patriots.

What is Bill Belichick Net Worth? Details on his Annual Salary

As of 2020, Bill’s net worth is $35 million. He accumulated his wealth from his career spanning more than four decades.

Bill is the only son of Jeannette and Steve Belichick. His parents named him after Bill Edwards, a College Football Hall of Fame coach, who happened to be his Godfather.

His paternal grandparents had emigrated from Croatia to the United States in 1897.

Belichick learned the ropes around Football from his father. He was an assistant coach at the US Naval Academy.

As for his education, Bill went to Wesleyan University where he earned a Bachelor’s degree in economics. He studied high school at Annapolis High School.

He started out as an assistant to the head coach of the Baltimore Colts back in 1975. Subsequently, Bill joined the Detroit Lions in 1976 and Denver Broncos in 1978.

In the coming year, he joined New York Giants as the defensive assistant and special teams coach. During his stint at the Giants, they won two super bowls, XXI and XXV.

Afterward, he joined Cleveland Browns and worked as their head coach from 1991 to 1995. His career-defining time came when he joined the New York Patriots in the year 2000. Since then, he has won a record six super bowls with the Patriots.