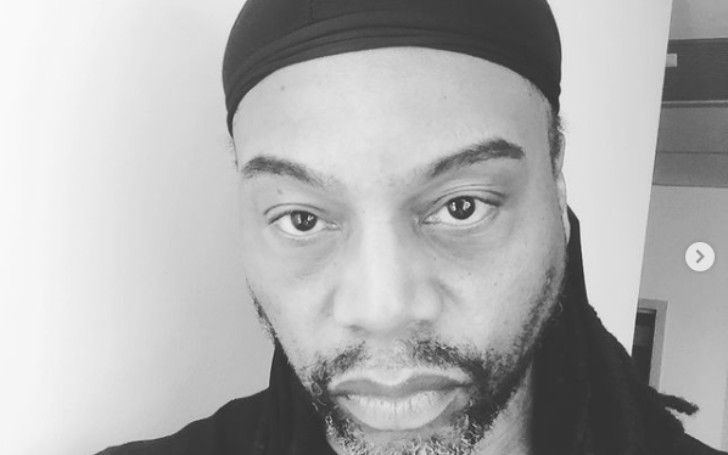 The Gooding family is one of the most well-known tribes in showbiz. From the likes of Cuba Gooding Sr. to Cuba Gooding Jr., the whole family is a part of the entertainment industry. Out of the four Gooding siblings, Tommy Gooding is someone that not many people know about.

Tommy aka Thomas likes to live a life without any sort of media interference. Maybe this is why we don’t usually find him appearing in public with his famous brother and sisters.

However, in this article, we’re going to lay out all the interesting facts you need to know about Tommy. Find out details on Tommy’s personal and professional life, his current whereabouts, age, and more!

Tommy Gooding Bio: All about his Early Life, Parents, Ethnicity, and Education

Thomas Gooding was born on 3rd June, in New York, the United States. As of 2022, he is in his 40s. He is of African-American ethnicity and has Caribbean ancestry. Tommy is one of four children of the legendary singer Cuba Gooding Sr. and his wife Shirley Gooding. His late father was the main singer of the soul group, The Main Ingredient. Unfortunately, he passed away at the age of 72.

Tommy spent the majority of his childhood in Bronx, New York, growing up alongside his three siblings. Unlike his siblings, Tom chose to not represent the acting world but the music world. He is a bassist by profession and has worked for a few bands.

Talking about his education, he studied Music Performance at Five Towns College.

Tommy’s Siblings Are a Big Name In The Acting Industry

As for Omar, he is famous for appearing in the series Family Time, Smart Guy, and Hangin’ with Mr.Cooper. In addition, he is also a rapper known by his stage name, Big O. Moving towards the oldest Gooding, April is also an actress. She has appeared in the series, InAppropriate Comedy and Night Into Day.

Going by Tommy’s profession as a musician, he definitely chose a different path than his brothers and sister.

A Brief Detail on Tommy’s career: Served as the Musical Director For His Father’s Touring Band

Tommy is a musician who has often worked as the musical director for whenever his father’s band was on tour. Besides, he is a bassist and a composer who has worked with a few bands including Circular Time, GQ, and JJ Sansavarino. Moreover, he is also a producer at Goodbrown Music.

Besides, Tommy has been active in the music business for over two decades. He is based in East Islip, New York.

So far, he has not been affiliated with a single band as he usually works as a freelancer. Apart from his music career, Tommy is also a writer and an actor and worked in Comedy Sketch TV Time, Okay?, Whatever It Takes: When Blood Runs Cold, and Human Resource.

Just like his siblings, Tommy too relishes a beautiful married life. Since 11th November 2019, he is married to his girlfriend turned wife, Seydurah Avecmoi. The duo dated each other for a few years before tying the knot. Initially, they got engaged in 2018.

Upon learning of his delightful romance, we tried to find out if the couple has a child or not and it looks as if though they don’t share any yet. Nevertheless, Tommy’s wife Seydurah once added a picture of her husband and a child on her Facebook but didn’t mention anything about their relationship. Furthermore, Tommy himself is yet to share a picture of his child, if he has any.

Over and above, Tommy and his wife are insanely in love with each other and usually share a lot of pictures together on Facebook.  Tommy is also active on Instagram where he also adds romantic pictures with his wife. Safe to say, the duo is in for a long haul.

How much is Tommy Gooding’s net worth?

As a musician, he earns a decent amount of money, still, one cannot put a stamp on his exact net worth. Even so, we can say with confidence his total fortune is around $300,000. Aside from himself, his brother Cuba has a massive net worth of $14 million and Omar’s wealth is approximately $2 million.

In addition, their father Cuba Gooding Sr. had a fortune of a whopping $42 million. Being the son of one of the greatest R&B singers, Tommy sure enjoyed a rather lavish lifestyle.