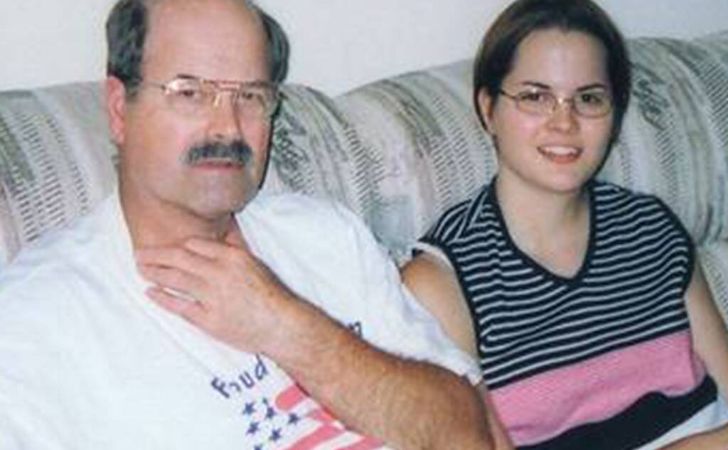 Paula Dietz is the wife of the monster serial killer Dennis Rader, also nicknamed BTK Killer. Born on May 5, 1948, she gained fame after the release of the Netflix series Mindhunter, based on the life of her husband.

While Dietz lives a life away from the media at present, back in 2005, she was a major subject after her husband was convicted of multiple murders. Soon after the conviction, people started calling her BTK Killer’s wife. Well, there are many who are still curious to know about her life and her status at present.

Here, we are going to talk about her life over the years, her marriage with Rader, and also her relationship with her children.

Paula Dietz’s childhood was as normal as anyone’s. She was born on May 5, 1948, in Park City, Kansas. As of 2022, she is 74 years of age. Born in a Christian family, Paula had a pretty religious upbringing.

Growing up in her hometown, Dietz later started working as a bookkeeper at a local bookstore. Besides, she was also a choir at a local Lutheran church, where her now ex-husband Denise was the president of the congregation.

Well, what started as a small job became the turning point of her life.

Paula Dietz’s marriage with Dennise is one of the most talked-about topics. Dietz and Radar married on May 22, 1971, in a very private wedding ceremony.

They first met at a local Lutheran church, in Kansas City, where Denise served as the president of the congregation, whereas Paula served in the choir. What ended in horror started with a beautiful romance. With their first meeting, the couple soon became friends and eventually began dating.

Paula Dietz Has Two Children With Her Ex-Husband

Paula is a mother of two children with her ex-husband. She welcomed her first child, a son Brian Radar, on November 30, 1973, in Manhattan, Kansas, USA. He is a graduate of Kansas State University.

Their second child, a daughter Kerri Rawson, was born in 1978 in Wichita, Kansas, USA.

Paula along with her husband and children lead a life like any American family until her spouse Dennis was convicted of 10 murders in 2005.

Starting from 1974, Dennise has committed 10 murders by 1991. He committed his first crime on January 15, 1974, in Wichita, Kansa, where he killed four members of the Otero family.

The bodies of the victims, Joseph Otero, age 38; Julie Otero, age 33; Joseph Otero Jr., age 9; and Josephine Otero; age 11, were discovered later by the eldest kid of the family.

Similarly, on May 5, 1985, the dead body of Marine Hedge, 53, was found in Wichita, which Radar had killed on April 27. After reportedly killing her, he took her body to Lutheran Church, where he took photos of her body, and later threw her in a remote ditch.

Dennise committed his final murder on January 19, 1991. The body of the victim, Dolores E. Davis, was discovered on February 1, 1991, at West 117th Street North and North Meridian Street in Park City.

With every murder, Paula’s husband Dennis reportedly sent letters to the police naming himself as BTK( an abbreviation for Bind, Torture, Kill).

Dietz And Her Children Were Unaware of Rader’s Crimes

Despite being a family members and living together, Paula, including her kids were unaware of Radar’s crimes. In fact, Rader had built a rapport as a good husband and father. Not only this but he was also recognized among his neighbor as a good individual.

Paula was married to Dennise for over 34 years and was granted emergency divorce soon after he was claimed guilty.

Similarly, Paula’s daughter Kerri said that her family looked like a typical American family. Talking of the crime her father committed, she said,

If we had had an inkling that my father had harmed anyone, let anyone murdered anyone, let alone 10, we would’ve gone screaming out that door to the police station. We were living our normal life. We looked like a normal American family because we were a normal family. And then everything upended on us.

Is Paula Dietz Still Alive? Where Is She Now?

To be precise, Paula is still alive and doing good. In fact, she even read her daughter’s book about her serial killer husband A Serial Killer’s Daughter. In a recent statement, Paula’s daughter Kerri revealed that her mother had reached out to her saying she had read her book.

In fact, Kerri even shared her mother’s experience of reading her book. She said,

She said even though she knew what was coming while reading it, she didn’t want to put it down, but had to at times, due to trauma,” Rawson wrote. “She was proud of me, and only wished she had known how much I was suffering… Reading my book helped her and has also helped my family continue to deal with trauma of the past 14 years.

As of 202, Paula is 74 years of age. But when it comes to Dietz’s whereabouts, not much is known. She has apparently avoided the media completely and living away from the limelight.