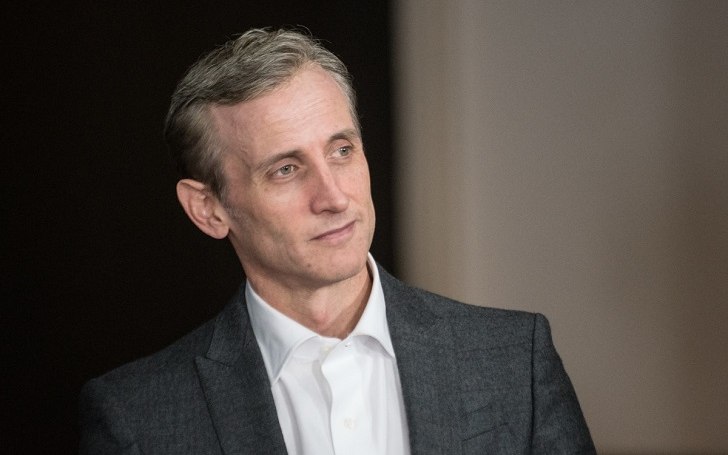 Dan Abrams, a legal expert, and a successful web entrepreneur is currently dating Florinka Pesenti. Besides, there are also rumors that Florinka is in fact his wife and not a girlfriend. Is it the truth?

Besides, the proud father has had several girlfriends in the past. Let’s unravel his relationship with Pesenti and all other affairs the businessman has had.

Let’s take a close look at his complete relationship timeline!

Who is Dan Abrams married to? Is Pesenti His wife or Just a Girlfriend?

Dan Abrams isn’t married to anyone at this time. He is in a longtime relationship with Florinka Pesenti who is yet to become his wife. The two are together for over a decade.

Comparatively, Pesenti is less popular in the media than her man. But the lady made headlines back in 2002 as the winner of The Amazing Race 3. A Vassar College graduate partnered up with Zachary Golden “Zach” Behr on the competition.

They dated other people even after their first few encounters

The then-future couple was first introduced through a mutual friend at a party to celebrate John DeLucie’s memoir, “The Hunger” in 2009.

Although Dan and Florinka had already crossed paths a few times before the introduction, Dan, however, failed to recognize publicist Pesenti. She told The New York Times,

We had met a few times before, which Dan claims didn’t happen, but he meets a lot more people than I do, and he was famous. So it stuck with me much more than it did with him

Pesenti also disclosed her instant attraction to him but admitted her affair with other men while they were friends. Well, like it was destined, the two gradually got close to each other and eventually turned their friendship into romance.

Their relationship went on to become more strong when they welcomed their child, a son, Everett Floyd Abrams in 2012. Dan is a happy daddy who has filled his Instagram with a series of photos of his son.

Talking about his Parenthood, Dan said,

“has added an enormous amount to my life. Now I see everything through the prism of my son”

The adorable family of three currently resides in New York.

Previously, Abrams was in a committed relationship with actress Elisabeth Rohm. The couple began their love affair back in 2003. During that time, they attended several major events together.

Dan and Elisabeth appeared together at the 2004 Mercedes-Benz Polo Challenge at the Bridgehampton Polo Club, in Bridgehampton on 17th July 2004.

As per the sources, the two briefly engaged but called off the engagement after they separated in 2005.

The veteran TV personality was also linked to several other ladies in the past. He began dating Jamie Murray, the political correspondent in 2007. But their relationship just lasted for a year.

In November 2008, Abrams moved on with Elle Macpherson, an Australian model. They broke up in early 2009. He also briefly dated actress Renee Zellweger in the same year but the fling fizzled out very soon.

Pesenti, before finding her love in Dan, was in a very serious relationship with Drew Riker. The two met for the first time while they both were competitors on The Amazing Race. Pesenti and Riker started dating in 2002. They also attended the GQ party in New York City on May 31, 2007.

Nevertheless, they reportedly called it quits after nearly seven-year of their relationship in 2009.

Where is Tinglan Hong Now? All About Huge Grant’s Girlfriend