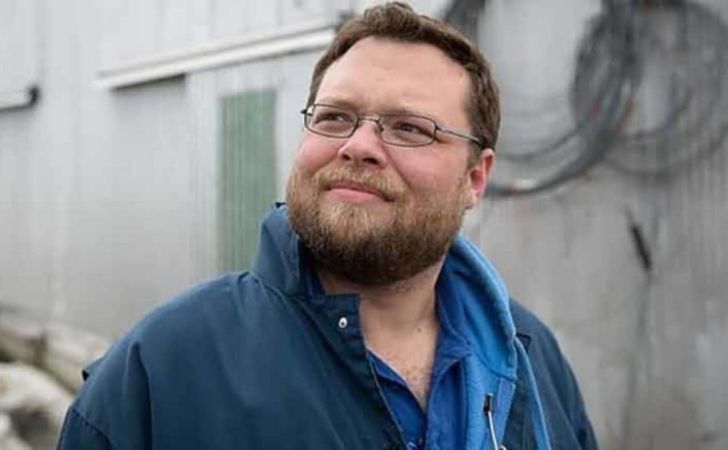 We all know Dr. Jan Pol from the NAT Geo show, The Incredible Dr. Pol. The Dutch immigrant settled in the United States several decades ago and since then has been working to make animal lives better. But if it wasn’t for his son, Charles Pol, many of us might not even know the Pol.

It was Charles who is behind the inception of this great show. Although he himself wasn’t quite into this animal stuff, he, later on, decided to help out his dad.

Who is Charles Pol Wife?

Charles is in a happy marital life with his wife of a few years, Beth Pol. The husband and wife exchanged vows in a beautiful ceremony on April 7th, 2018. The beautiful event was held in an intimate fashion with close friends and family members in attendance.

As for the wedding dress, Charles wore a burgundy color suit, whereas his bride looked dazzling in a simple white gown.

Prior to walking down the aisle, the duo got engaged in 2018, the same year they got married. Upon getting betrothed, John took to his Twitter account and revealed the big news to the fans.

Tune in tonight at 9pm EST for an all new episode of @DrPol on @natgeowild and tweet with me for a very special episode of #DrPol #Loveisintheair pic.twitter.com/brI9IQDidh

Besides, Charles and Beth recently celebrated their 2nd wedding anniversary. Charles’s dad Jan even congratulated the lovely couple on the big event by sharing a picture from the nuptials.

Well, Charles’s parents have been for 50-years so it is safe to say his marriage will last as much as theirs. Why? Because Charles has learned from his dad how to make a marriage work. On top of that, the producer is quite serious about his fam’s privacy so no one will be meddling with his happy conjugal life.

Does Charles have any kids with his wife, Beth?

Yes, Charles does share a bundle of joy with his girlfriend-turned-wife. The pair gave birth to their daughter on October 19, 2019. At birth, she was 7 lbs., 5 oz, and 20 inches long. Charles and Beth named her, Abigail.

While speaking to PEOPLE regarding their first child, the couple stated, “God has blessed us with a beautiful little daughter, Abigail. We are thrilled she’s finally arrived, and we are grateful for everyone’s love and support.”

Apparently, they opted for this wonderful name because of its meaning, ‘my father rejoices.’

Besides, Charles’s mom and dad were also excited after the arrival of their granddaughter. The duo told PEOPLE, “It has been 21 years since we’ve had a baby in the family. We are so excited and happy to have Abigail here!”

Jan usually shares a lot of pictures of his granddaughter on his Instagram account. We can say he is definitely living a happy grandparent’s life.

Jan and his wife Diane Pol were quite happy after Abigail’s arrival as just one month ago, they had lost their grandson, Adam James Butch.

Since when are Charles and Beth dating?

Many of you might not know this but Charles and Beth have known each other since their childhood days. They grew up closely in a rural area of Michigan. What’s more, the Pol family and Beth’s family, the Oakes, were quite close to each other.

Upon graduating from the University of Miami in 2003, Charles decided to move to LA in order to pursue his lifelong dream of becoming an actor and get into production. Well, he wasn’t alone there as due to some sheer coincidence, Beth too moved to LA.

It was in the 4th Episode from Season 12 when Charles revealed Beth Oakes Pol as his girlfriend. Subsequently, in 2018, a picture of his fiancee with a diamond ring made rounds on social media.

Charles had a girlfriend before marrying Beth

A few years back, Charles was in a relationship with a girl named, Kelly. The former flames dated around 2012. At first, his sister Diane shared the picture of the two in which she specifically called Kelly his girlfriend.

In the photo, Charles and Kelly attended a Halloween Party.