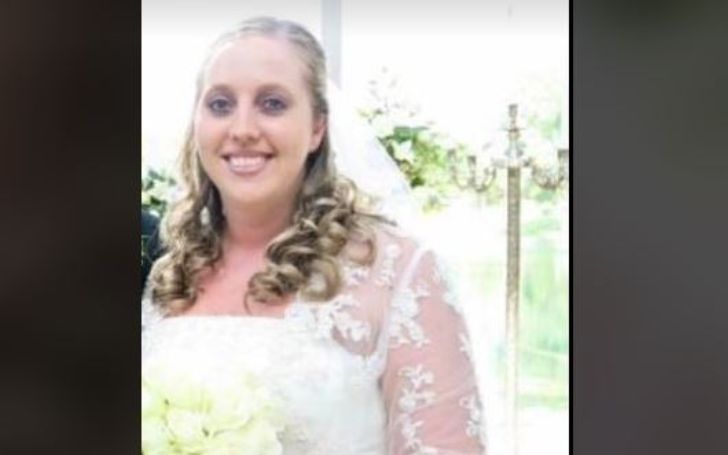 Corrie Bird is the daughter of a former NBA champion, Larry Bird, and his ex-wife, Janet Condra. Corrie is the first child of Larry’s three children from his two marriages.

Although the child of one of the pro basketball legends, Corrie didn’t have it easy getting recognition from her father for years.

She had to wait significantly longer to have a normal father-daughter relationship with Larry. Know all the reasons behind such an interrelation. Aside from that, scroll through all of Corrie’s occurring pursuits; her innermost as well as professional matters.

Corrie Bird Is The Biological Child Of Larry Bird

Corrie is not the adopted child but the only biological child of Larry and his former wife, Janet; it’s the two-time MVP’s other kids, Connor Bird and Mariah that are his adopted children.

Corrie was really tall for her age as a teenager. In fact, even before graduating high school, she had reached the height of 5-foot-ten inches. Corrie attended Indiana State University and was a terrific athlete. There she also majored in elementary education.

Her father, Bird married her mother, Janet Condra, right after he enrolled at Indiana State. Corrie’s mother used to be a mail carrier and once had disc surgery.

She and Mr. Bird were childhood friends. The couple, however, divorced in 1976. During a brief (and failed) reconciliation, Condra became pregnant and had Corrie.

Bird’s attorneys, however, asked for a paternity test, and by the time the test results proved Corrie was indeed Larry’s child, she was already a toddler. She had seen very little of her father.

On the other hand, Larry was dating Dinah and refused to be a part of his daughter’s life for years. The ex-power forward later said he regrets the decision to be away from his daughter to this day. It was Dinah who urged him through the years to make contact with Corrie and try to form a relationship with her.

For Years Larry Didn’t Recognize Corrie Bird As His Daughter

In Feb 1993, John Gearan of the Worcester Telegram highlighted an article quoting then 15-year-old Corrie.

In the piece, Gearan reported Corrie’s letter to her dad where she had asked him if she could come up to his retirement ceremony. As per the writings, however, Corrie said she never heard from him. She stated she hadn’t had much contact with her dad.

Her mother told Gearan that Bird used to visit Corrie once each summer but did not in ’92 because of his Olympic tournament. In the late ’90s, Corrie appeared on the Oprah Winfrey Show and spoke of her non-existent relationship with her father.

During the show, Oprah asked why she couldn’t move on despite it’d been 20 years since she had lived without her father. To the host’s question, Corrie said while she had moved on in some ways, she still was hoping he could be part of her life.

Janet, on the other hand, said she made excuses for her father not wanting to see Corrie when she was little. In another interview, Corrie said how she used to send him letters, and her mom would send him her school pictures and report cards.

She said she and her mother, Janet would send them certified mail to make sure he received them, but he just didn’t respond.

As Corrie grew up, Larry did address her as his daughter. In his autobiography, the Pacers’ coach citing the past estrangement situation with his daughter, Corrie, admits he couldn’t have honestly said he’s had that much to do with her life because of his differences with Janet [Corrie’s mother].

In the book, he also explains how he used to think about Corrie all the time, but knew he also couldn’t do much; he couldn’t go back and relive the first five or six years of her life.

In his memoir, the six-foot-nine-inches tall, nonetheless, ascribes Corrie as a fine and beautiful young lady and also admires Janet for bringing her up in the best way possible.

He also talks about Corrie’s past athleticism and says how she was good at everything she did and that he was really proud of her.

Larry confesses to having loved her and writes he is going to be there any time for Corrie.

The Reconciliation Between Corrie Bird And Her Father, Larry

Corrie once talked about what the reunion thing with her father was like during her adult life. She described her dad had just taken the Indiana Pacers coaching job which moved closer to where she was.

Janet’s daughter one day went to see the Pacers play and during the game, she went down to talk to Dinah (Larry Bird’s second wife and see their kids, Connor and Mariah.

After that, Corrie said her father while coaching the Pacers looked over and saw her holding Mariah, but he just kind of smiled awkwardly. She though didn’t get to talk to him at the time.

Later, the same season, Dinah gave two Pacers’ games tickets to Corrie which she accepted and when she went to the game, she finally got to talk to her father briefly post the match.

“I was really happy to go to the game. Dad seemed interested in what I had to say. He walked me to my car, and he hugged me. I hope I can see more of him now,”

While she has a locked-out Instagram, her more than not active Facebook tells she is a mother of two children, a daughter, and a son.

The charade-Esque situation though is Corrie hasn’t revealed who the father of her kids really is. It nonetheless is decently clear that she has/had a husband in the past. Though whether she is currently married or not is a bit unfathomable.

However, her FB consists of an image where she is sporting bridal apparel; the missing one, nonetheless, is her groom.

Is Corrie Bird Rich? What Is Her Net Worth?

While her 3 times NBA champion father is undoubtedly a millionaire with a net worth of over $75 million, the co-equal figures regarding Corrie’s net worth are considerably challenging questions.

Unlike Larry, the mother of two isn’t that spoken about among the media nor it is clear what is it that she does to make a living. In any case, it seems less tenable that Corrie is distinctly rich; quite unlikely in the league of multimillionaires.

Who Is Mosley Thompson Manning? Meet The Daughter Of Peyton Manning