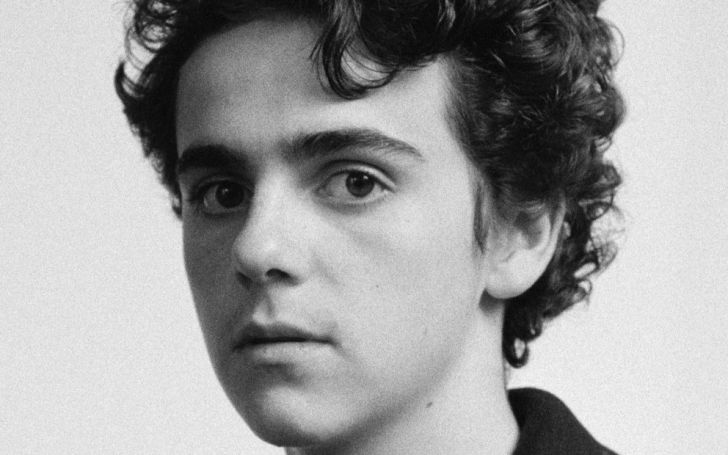 Jack Dylan Grazer came to prominence from his work in the hit movie, It. Since appearing in the movie, his girl fans have been always curious about his relationship status. So, who is Jack Dylan Grazer’s girlfriend in 2021?

Previously, Jack had a terrible affair wherein his girlfriend cheated on him. So after breaking up, is Grazer dating someone? Let’s take a look!

Who is Jack Dylan Grazer Dating in 2021? His Relationship Status

As of September 2020, actor Jack Dylan is reportedly dating an Instagram influencer, Cylia Chasman. None of them has opened up about their probable relationship, however, many of the online tabloids have mentioned that Jack and Chasman have been dating for a while.

Speculation that Jack and Cylia are linked arose in January 2020 after he shared a photo tagging Dua Lipa and Cylia which gave a clear hint that he had his eyes set on the IDGAF singer and Cylia.

Months after, in August 2020, Jack took to Instagram sharing a picture of him with his rumored girlfriend, Cylia. The picture showed Jack embracing while she smiled.

Jack’s girlfriend Cylia Chasman is a rising social media star who has nearly 100k followers on Instagram. She documents her everyday life on the platform and has risen as a social media influencer in a short time.

Despite being a popular social media star, Chasman has set her Instagram account to private. Starting in August 2019, Chasman has shared several photos from her national and international trips including her trip to Paris.

If rumors are to be believed, Jack is reportedly dating actress Emmy Perry. Rumors of their affair came after Jack shared a picture with the actress on his Instagram account.

In the post, we can see the duo holding hands while clicking pictures. The actor is wearing a dark beige suit, whereas, Emmy wore a pink dress.

What really furthered the rumor is when Jack tagged the famous celebrity couple Dua Lipa and Anwar Hadid on top of their pictures. Goes on to show, Jack’s real feelings, isn’t it?

Emmy also shared the pictures on her own Instagram profile and captioned it, “Never, ever change ✨”

Subsequently, Jack added his remark on Emmy’s post, “I LOVED SPENDING SO MUCH TIME WITH YOUUUUU❤️💖❤️“

This is definitely turning out to be more than just friendship as fans have even started shipping the adorable pair.

It is still up for debate as to what is the nature of their relationship. Many fans even commented on their post that they are not a couple but best friends.

The actor might not be seeing anyone at the moment, but previously Jack was in a confirmed lovey-dovey. Back in 2017, he dated social media personality, Ellie Hiyar.

Jack and Ellie went to the same school and that’s where they came across each other. The couple used to share a lot of pictures and at one point, they became actual relationship goals for many.

However, things turned ugly soon when it came out that Ellie had cheated on her boyfriend.

Did Ellie Cheat on Jack Dylan?

Jack and Ellie called it quits in April 2018, after dating for over a year, the #Jellie was no more. Now there are numerous conspiracy theories regarding their separation out of which, cheating seems to be the most prominent one.

It was reported Ellie cheated on Jack with his friend, Finn Wolfhard. Apparently, Ellie texted Finn and told him that she finds him attractive and charming.

And then it all started! Fans started calling out Ellie for her infidelity, though she maintained about not cheating. Regardless, the pair called it quits and went their separate ways, they still remain good friends.

Natalie Jauregui Claims Jack Cheated on her: Is it true?

In February 2018, around the same time as Ellie’s cheating rumor came, Jack’s friend, Natalie Jauregui came out and claimed he cheated on her with Ellie.

When Jack found about Natalie’s claims, he posted a video, defending himself. In the video, he talked about how he has never met Natalie, also known as, Talia. According to him, they had met through Snapchat, but never in person.

In addition, he claimed that his parents even advised him to not go out with her as both of them were quite young, at the time.

Well, it sounds as if Natalie was kinda envious of Jack’s lovey-dovey with Ellie. In the end, she turned out to be a liar, and fans quickly defended the star.

Since appearing in the movie It, a small group of fandom started asking questions regarding his relationship with his co-star Finn Wolfhard.

People even wrote fan fiction imagining Jack and Finn as a couple and created videos with gay love themes. At the time, the actor was only 14, and fans even lashed out at the people who sexualized the two stars.

The majority of the It fandom called out the unforgivable behavior. Later on, Jack took matters into his hands and criticized the fans who spread vague rumors about his sexuality.

He wrote a long message underneath a YouTube video, shutting down all the loose talk.

Nevertheless, Jack’s fans never considered him being gay while his relationships with a couple of girls in the industry have already spoken on his behalf.