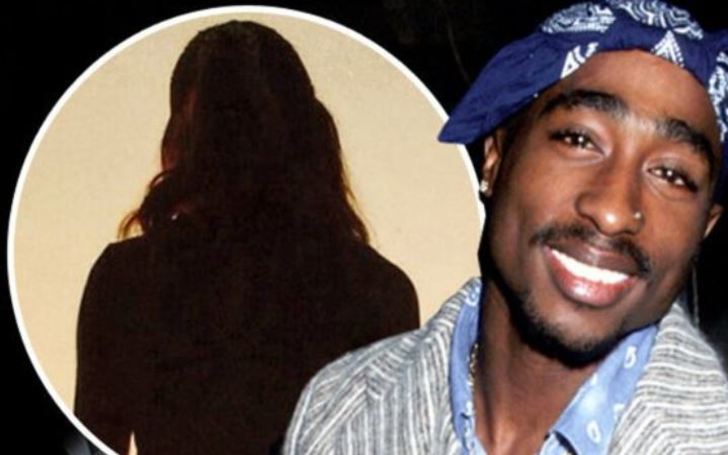 Jaycee Shakur is a TikToker who rose to prominence in July 2021 after she made a short video where she pointed her genetic similarity to the late rapper Tupac Shakur.

Tupac is regarded as one of the most influential rappers of all time. He in a way represented the black community by using music to advocate for equality and social change. He even shifted from the 90s gangsta rap trend to sensitize people about the message of communities from the inner cities.

Shakur lost his life in 1996 following a drive-by shooting in Las Vegas. The police, however, never caught the perpetrators. Another mysterious subject matter with respect to Pac is his children; if there were any or none.

Since then several claims have emerged all stating that the murdered rapper Tupac Shakur had a secret daughter who is alive and well today. And Jaycee is another hot suspect who the internet communities haven’t been able to forget about — all wondering if Jaycee really is the biological daughter of Me Against The World singer Tupac Shakur.

How Jaycee Shakur Got Related With Tupac Shakur?

On July 20, 2021, Jaycee Shakur, a TikTok star with the username @boogiebentley, posted a video with the caption, I am Tupac’s daughter. Shakur was already famous on TikTok with 100k followers. After she launched the recording, she gained massive attention instantly.

She went on to garner millions of likes, views, and debates from Tupac’s fans and other netizens. Her claim attracted hordes of theories, refreshed bygone stories, mysteries, and created lots of confusion on social media. Some believed her while others didn’t; in fact, it went on to become just another example of the Mandella effect.

Millions of people started sharing her pictures on the internet. Additionally, the picture of the young woman posing in a stripy T-shirt did bear a striking resemblance to the late hip-hop star.

However, no one knows for sure whether she was telling the truth or just trying to promote her reach. Additionally, she didn’t give any evidence that would have made people believe she was indeed Tupac’s daughter.

But Did Jaycee Shakur’s Alleged Father, Tupac Really Have A Child Before He Died?

Many of Tupac’s fans assert that there are a number of people in the rap community who know about the artist having a daughter. They, however, are trying to protect her from the pressures of being in the spotlight.

Ever since Makaveli died, some people have been adamant about denying his demise coming up with several conjectures and possibilities.

Among those, one of the most famous states that Tupac faked his own death and went to live in Cuba with his aunt and had a family there.

Also common is the surfacing of rapper’s pictures every now and again. At one time, there was also this other photographic piece apparently showing him with pop star Rihanna – despite the fact he died when she was just eight years old.

Many argue that Tupac not having children is highly unlikely as the bandana wearer dated many women including celebrities like Madonna and possibly Jada Pinkett Smith. He was also the husband of Keisha Morris who had been studying criminal justice when she met him. Their marriage, however, ended after only about 5 months.

At the latter moments of his life, he was in a serious relationship with Quincy Jones’ daughter Kidada Jones. However, there never was a single headline that said he became a father of a child/children.

Tupac Did Want To Have Kids

What makes the theory, Tupac’s children stellar is the fact that there are reports that say the MC New York did want to have children of his own.

As mentioned, Tupac was married to Keisha Morris. And after the marriage, Pac had talked about having kids with Keisha.

His ex-wife, Morris once revealed to Source Magazine,

“Tupac picked out names he wanted to move to Arizona and name our Daughter Star and our son Michelangelo.”

She added that one of the reasons that they were unable to have offspring was because of the weed that Tupac smoked. Allegedly, it had affected the Juice actor and his wife’s fertility.

Further Theories That Suggest Jaycee Shakur Might Be Tupac’s Daughter

One line from Busta Rhymes’ 1997 album When Disaster Strikes also adds to the theory about the New Yorker’s fake death. In addition, it promotes the notion that the gangsta rapper did have a daughter.

The “thank you” section says explicitly that he has a daughter as the verse says,

Tupac: soldier, warrior, may Allah bless your family, your daughter, her mother, your mother (Afeni Shakur)

Some candid family photos also attest to this guesswork. One of the pictures shows 2Pac and Afeni (his mother) holding a small baby girl at what appears to be a family gathering. Looking at all these aforesaid images, it is quite hard to deny the aspect that the All Eyez On Me rapper had a little girl.

All the evidence, to some extent, points to his child being a girl (i.e. a daughter).

Whatever the case, the apparent truth is, the rapper, by large, remained childless throughout his life. And none from his close circles have come forward and stated that he indeed had an offspring.

Related: Posh Knight: Inside The Life Of Suge Knight’s Daughter

But Who Actually Is Jaycee Shakur?

As popular as she became uploading a TikTok video, her real identity is no less than a mystery. While she is rather active on TikTok, Shakur has hardly mentioned her real parents or her origin for that matter.

From her high-spirited internet doings, she very much looks like a teenager and apparently a big fan of the late Diamond certified artist. Jaycee also hasn’t given interviews in relation to that July 2021 TikTok uproar.

Dana Lee Connors, Mike Connors daughter; Where is she now?