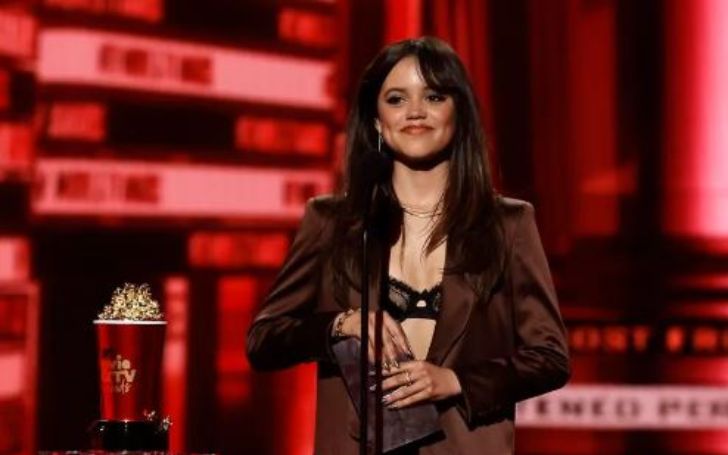 Jenna Ortega, an actress who has predominantly brunette them on her face, has been a subject of confusion for many fans of Wednesday, a recent hit of Ortega from the library of Netflix.

While Ortega sure is garnering an impressive amount of attention as of late, she however was famous and noted in the past as well with several appearances as well as mainstream roles in some hit shows like Jane The Virgin and You among others.

But the piece down below will take an in-depth look at her ethnicity and will unravel her ancestry to the core. Dig down to know if Ortega is really White or other.

Is Jenna Ortega White? What Is Her Ethnicity?

Ortega isn’t White; she is anything but of North European descent. The 20-year-old actress, instead, has ethnicities including Mexican and Puerto Rican. She is of former descent from her father’s side while the latter she gets from her mother’s ancestry. Also Jenna’s mother, too, is some part Mexican.

Jenna Is Not White But Has Mexican Decent

More precisely, Jenna, in her own words is 75 percent Mexican and 25 percent Puerto Rican. She once revealed her great-maternal grandmother migrated from a small ranch near Sinaloa, Mexico. According to Ortega, her great-grandmother moved to the US as an illegal immigrant; she migrated hoping to make a better life for her four daughters.

Jenna’s great-grandmother wanted her daughters to speak perfect English so that they wouldn’t draw attention and face deportation. Her daughters therefore all went to English-speaking schools.

I am 75 percent Mexican and 25 percent Puerto Rican. My greatgrandma on my mother’s side migrated from a small ranch near Sinaloa, Mexico. She came to the United States as an illegal immigrant in hopes to make a better life for her four daughters.

said the Coachella Valle native to Pop Sugar in Oct 2016.

Jenna’s mom’s father, on the other hand, was Puerto Rican born. He moved to New York with his family when he was still an infant. His family and he later moved to California during his high school years.

Ortega when talking to Pop Sugar revealed that her father is 100 percent Mexican. The actress said she’s not sure which part of Mexico her father’s family is from. His family however is reported to have relocated to California many generations before his birth. Jenna’s paternal grandfather Anthony Larriva Tony Ortega was born in Indio California while his own father, Jose was born in Chihuahua Mexico.

Ortega’s paternal sides apparently ditched speaking Spanish a long time ago. The You actress once revealed said due to her father not speaking Spanish, she and her siblings had it difficult when learning the language. Her mother, however, is bilingual.

The brunette actress, during an interview, said her family has kept some traditions alive. The five-foot-one-inch tall celebrity says she got a pinata at all of her birthdays and her family also never missed tamales on Christmas. Her family apparently also makes good tacos and carne asada as well as the best homemade beans.

The Scream actress does agree to have spent her formative years within the Hispanic community.

Being Latina has always been really, really lovely for me. It’s something that I’m very proud of.

said Ortega with a Deadline in June 2020. She also added that growing up in a community (Coachella Valley, California) surrounded by all kinds of Hispanics was really wonderful for her.

Find Out: About Jenna Ortega Boyfriend In 2023

Jenna is the daughter of Natalie and Edward Ortega. She is the fourth child of her parents six children. Ortega hence has five siblings; Aaliyah Ortega, Mia Ortega, Isaac Ortega, Mariah Ortega, and Markus Ortega.

What Is Jenna Ortega Nationality?

It also doesn’t matter if the grandchildren are born outside Mexico. Furthermore, US law also doesn’t require anyone to lose their citizenship in the event that they become other countries naturalized resident.  So Jenna Ortega is able to have dual nationalities.