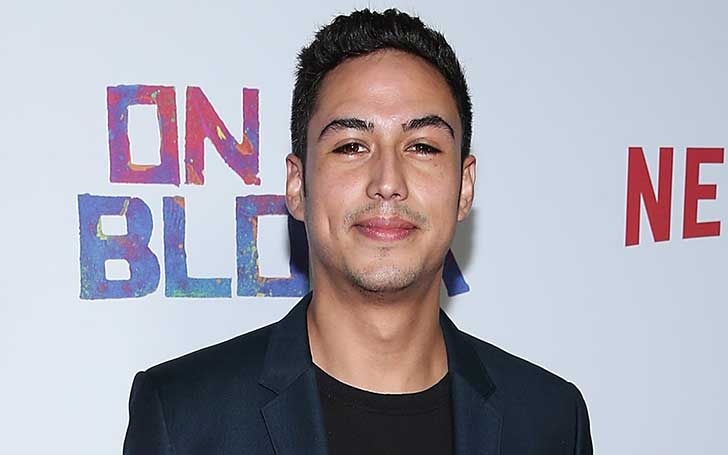 You might have a crush on Julio Macias if you have ever seen him acting in Netflix’s On My Block. His tattooed gang-leader role of Oscar “Spooky” Diaz made everyone fall in love with the character. Not only that, many of them have gotten curious to know the actor’s personal life after watching him on-screen. In fact, a few are already looking for Julio Macias’ wife.

Before we move any further, we want to tell you that Julio Macias doesn’t look like the character he plays. Without the tattoos, facial hair, and shaved head, you would barely recognize Macias in real life.

Julio Macias, one of the up and coming actors, however, prefers keeping his private life low key. Even though he is a presence on social media, he has rarely shared things about his private life. So here, let’s try to explore the Mexican-born actor’s personal life in detail. Let’s also see if he is married or has a girlfriend.

Truth About Julio Macias’ Wife: Is He Married?

Well, actor Julio Macias is unmarried as of 2020. But he has been in a serious relationship for nearly a decade. Yes, you heard it right! Macias is dating Shannon Schotter since 2010.  Since news of their affair first got out, several tabloids started speculating that Macias is married to his long-time girlfriend, Schotter. However, the couple has not revealed if they are in a marital relationship or not.

Julio doesn’t talk about his relationship with Schotter in the media; neither does he share it on social media. But, his girlfriend seems to be quite open about their relationship. Shannon has nearly 7k followers on Instagram, where she has shared over 700 posts so far. Most of her social media posts have a connection to her personal life.

Don’t Miss: Who is On My Block star Diego Tinoco’s girlfriend?

In 2015, Shannon marked the completion of her fourth year with Macias on her Instagram writing, “Every day I’m thankful for four years of adventures together!” in the caption.

Meanwhile, Shannon and Julio appear to have lived apart during the global coronavirus pandemic. Schotter has not shared any of their couple photos since March 2020.

Shannon Schotter is an American makeup artist, hairstylist, and FX artist. She was interested in fashion and make-up from an early age. She started training professionally at the age of 18 and earned a cosmetology license. Later, Schotter attended MUD, where she further enhanced her makeup, injury FX, and prosthetic applications.

Shannon has worked as a freelance makeup artist for over a decade. Her works in commercials, film, television, and music videos have given her the opportunities to work with a wide range of artists, including Danny Trejo, Kathryn Hahn, and Keegan Michael Key.

Her extensive works also include bridal work, red carpet events, and free-lance photo shoots. Besides, she serves as a makeup artist and stylist for some renowned celebrities such as Diego Tinoco, Jessica Marie Garcia, and Chrissy Fit, among others.

Shannon lives in Los Angeles, California. However, most of the time, she travels across many cities in the United States for work.

Actor Julio Macias and Shannon Schotter are at the peak of their career. The former is busy working on many projects while his girlfriend Schotter is expanding her work areas. However, the lovebirds manage to spend some quality time.

Macias and Schotter seem quite happy and stable in their relationship, however, they haven’t yet thought of getting married. The pair don’t talk much about their plans and goals as a couple in the media. As of now, they are not thinking of tying the knot anytime soon in the future.