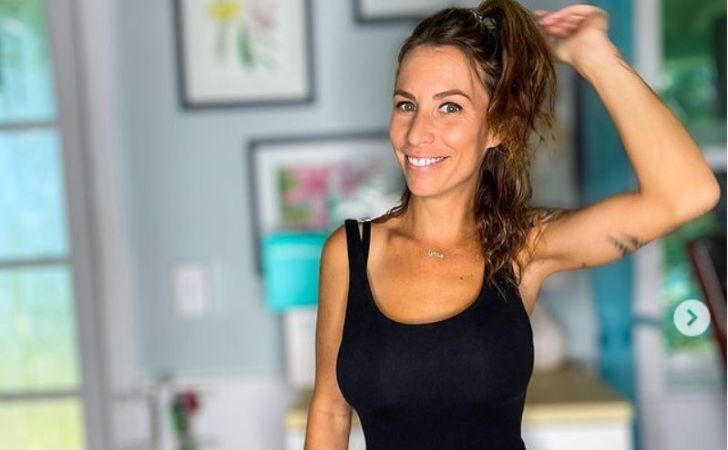 Lyssa Chapman is one of twelve children of Duane Chapman, born with his third wife Lyssa Rae Brittain. She is an American businesswoman and former bail bondswoman and bounty hunter. Further, Duane’s daughter is also known for her appearance in the A&E TV’s Dog the Bounty Hunter.  But what about her love life? Is Lyssa Chapman married?

As per the reports, she has been in two relationships in the past, one being a marital one. Unfortunately, none of her love affairs survived, but there are reports that she is in a new lesbian relationship. So, who is her girlfriend? Are they planning to tie the knot?

Lyssa Chapman Girlfriend: She Is In A Lesbian Relationship

if you didn’t know, Lyssa Chapman is in a lesbian relationship at present. She is dating her girlfriend Leiana Evensen since 2016. The couple met for the first time at the storefront Lyssa owned, where Evensen came as a customer. Upon knowing the fact that she shared the morale, birthday & year with her now-parter, she developed an instant connection.

Just after a few months of knowing each other, the couple began dating. Their connection was so instant and so intense that they even met one another parents. In fact, Lyssa had already started having the imagination of Leiana dancing at their wedding just a few months into their relationship.

Baby Lyssa has even stated about her connection with Evensen on several occasions stating she was the “only one” she wanted to be with. In one of her media interactions, she stated,

Oh my, don’t mess this up and don’t let this one go,” Chapman thought, adding that probably everyone who finds a person they want to spend the rest of their life with feels what she feels for Evensen: a sense of calm and “kind of coming home.”

She Is Already Engaged To Fiancee

Just in case you were still unaware, Lyssa is already engaged to her girlfriend Leiana Evensen. Well, Evensen was the one who popped the question during their trip to Seattle in December 2017.

As expected, Lyssa said yes instantly. While they are already engaged, they are yet to make a formal and specific proposal. When asked about the specific occasion. Chapman stated that she has always imagined it “very small, “in the ocean,” and wearing their bathing suits.” She further said,

We have flip-flopped back-and-forth a few times between a date and have yet to lock anything down… except for each other.

When Is Lyssa Chapman Getting Married To Leiana Evensen?

Though Lyssa and Leianna are together for around 5 years, their wedding doesn’t seem to be in the cards any time soon. Duane’s daughter Lyssa has stated on multiple occasions that marriage is just a formality.

As per her being together and in love is more important than getting married. When asked about her plans to walk down the aisle, she stated,

People always ask us when we’re going to get married but at this point it’s pretty much just some piece of paper. We have completely entangled our lives and we see ourselves as married anyway.

Maybe it’s because we’re gay – not to say that just because you’re gay, you don’t want to get married as people fought really hard for their rights, but we are just both really happy with where we are in our relationship right now.

That said, we still hope to see Lyssa and her fiancee Leiana in the wedding gown.

Lyssa Chapman Was Married In The past To Brahman “Bo” Galanti

Prior to beginning a relationship with Leiana, she was married to her husband Brahman “Bo” Galanti. They married on February 20, 2009, in Oahu, Hawaii.

From their marital relationship, the couple also welcomed a child named Madalynn Grace Galanti. She was born in 2009, the same year they got married.

After several such instances, she reportedly kicked Bo out of the house. As per a source,

She kicked him out of the house in October but he came back. She’s kicked him out a few times. He hurt her back. Gave her bruises, contusions and a black eye.

Lyssa didn’t want to involve the police in the matter and rather took counseling who suggested that she should get out of the marriage.

“She was confused,” the source said. “But then they went to counseling a few times. Even the counselor told her to get out of the marriage.”

Thus, she eventually filed for divorce in February 2011, which was finalized later that year.

She Was Pregnant At 15 With Her First Daughter Abbie

Baby Lyssa has two children Abbie Mae Chapman & Madalynn Grace Galanti. While Madalynn was born with her husband Bo, her first child Abbie was born from an illegitimate relationship.

As per the reports, she got pregnant with Abbie when she was 15, with a guy named Brendan, who was 24 at the time. Well, she revealed the fact publicly during her second pregnancy. Owing to the fact that Brendan had a sexual relationship with a minor, he was arrested for statutory rape.