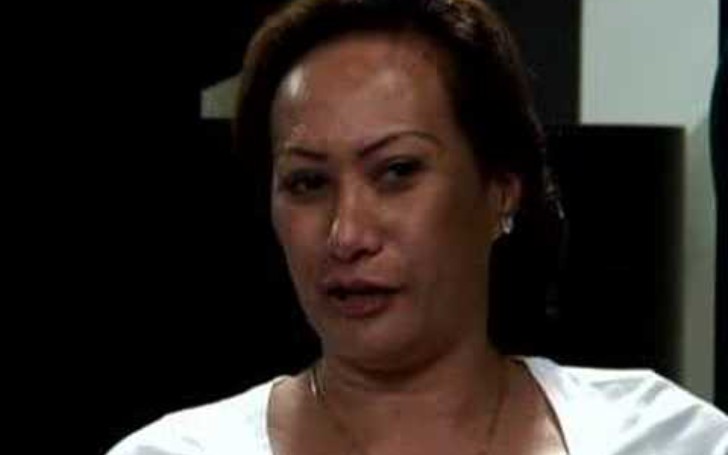 Marlene Kamakawiwo’ole is the wife of the late Hawaiin singer, Israel Kaʻanoʻi aka IZ. Throughout Israel’s journey toward becoming one of the greatest Hawaiian singers, his wife has a big role.

On top of that, Marlene also supported her husband through his constant battle against obesity. Though her husband passed away at a tender age, she still has joyful memories of him to live by.

Today let’s talk in-depth about Israel Kamakawiwo’ole’s wife Marlene and also find some interesting facts about her and their marriage!

Yes, Marlene is very much alive. One of her grandkids once wrote online that Marlene is alive and well. She lives a fairly private life because fans assumed she might’ve passed away, however, that is not the case here.

On the other hand, Marlene’s husband Israel tragically passed away at the age of 38 in 1997. He died due to respiratory failure at the Queen’s Medical Center. Leading up to his death, Iz battled morbid obesity his entire. Standing at a height of 6ft 2 inches, he weighed around 700 pounds.

Marlene Kamakawiwo’ole grew up in Hawaii

She was born sometime in the 1960s in Hawaii, the United States. Some sources claim she was born Marlene Ah Lo, however, the information is all wrong.

Besides, Marlene belongs to the Hawaiian ethnicity and has American nationality. She is bilingual and speaks English and Hawaiian language fluently.

Marlene finished up her formal education in Hawaii. Although we know that she is a high school graduate, we don’t know if she is a college graduate or not.

Why Is Marlene Kamakawiwo’ole Famous?

Well, most of the time we come across many celebrity spouses who is purely famous for their association with a famous personality. Likewise, Marlene also became famous as Israel’s wife. Apart from that, Marlene doesn’t have a famed career just like her husband, Isreal. She might be doing something on her own, but she has been quite private about it.

Her husband, meanwhile, was one of the most decorated singers around. His musical journey started in the ’70s when he joined hands with his brother Skippy, Louis Kauakahi, Sam Gray, and Jerome Koko. Together they formed the band Makaha Sons of Ni’ihau.

Isreal went solo in the ’90s and released his first album Ka ‘Ano’i in 1990. His debut album won him Contemporary Album of the Year and Male Vocalist of the Year awards. His most famous album would be Facing Future which included his biggest hit songs like ‘Over the Rainbow/What a Wonderful World.’

Throughout his life, Kamakawiwo’ole was an ardent supporter of Hawaiian rights and promoted Hawaiian independence. From his lyrics and deep songs, he used to state his mindset over Hawaii’s independence.

In addition, Israel also believed that the tourists coming from across the world has degraded the native people to second-class citizens. He primarily used his music to promote all the matters concerning Hawaii.

The lovebirds exchanged vows in late 1982 in an intimate ceremony surrounded by their friends and family. The wedding took place the same year Isreal lost his older brother Skippy.

Approximately a year after their wedding, the couple became a proud parents of one daughter. Marlene gave birth to their one and only child, Ceslie-Ann “Wehi” Kamakawiwoʻole in 1983.

While the pair were married, Marlene stayed by Isreal no matter what. Back then he wasn’t a world-renowned singer. It wouldn’t be an understatement to say that it was her who helped make Israel a better singer and a better person overall.

Moreover, in an interview with Honolulu Advertiser, Marlene revealed a few tidbits of their relationship. She stated that even if Israel didn’t have a lot of money with him all the time, he still used to buy her roses every day. In addition, she also said that IZ also taught her not to dwell in the past and always move forward.

Marlene And Israel’s Daughter Was Once Arrested For Theft

Back in 2016, Marlene’s daughter Ceslie-Ann made a lot of headlines throughout Hawaii island. So, what did Israel Kamakawiwoʻole daughter do? Apparently, the star kid had stolen a Mercedes Suv and was on the run. The incident resulted in her being listed as one of the most wanted women in Hawaii in 2015.

Eventually, the authorities caught up to her. She was wanted for a $20,000 warrant for not following the terms in the Hope probation.

After the news gained widespread attention, fans of the late singer IZ were quite worried about his daughter. Fortunately, since then she had turned over a new leaf and worked towards making her father proud and continuing the great work.

How Much Is Marlene Kamakawiwo’ole’s Net Worth?

At the time of his death, Marlene’s spouse was worth an astounding $3 million. He earned a major part of his net worth from his career as a singer. After he died, his estate was automatically passed on to his wife and daughter. We’re sure they live a pretty fulfilled life.