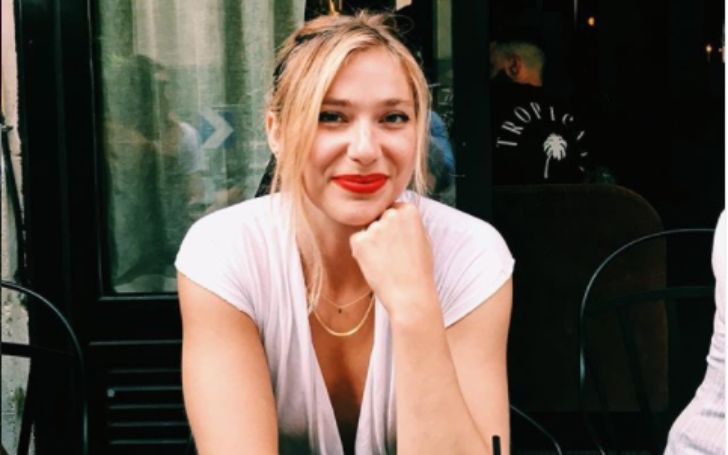 We all know Shoshana Bush from her role in the 2009 hit movie, Dance Flick. The actress has since been giving sensational performances in several movies and shows including her recurring role in the Disney series, On My Block.

Besides her successful career, the actress continues to rule the heart of men around the world. The sensual beauty often makes us all gasp through her Instagram posts. Despite all that, she is yet to talk about her dating life.

There are rumors that Bush is allegedly in a marital relationship? If yes, then who is Soshana Bush married to? If not, then who is her boyfriend? Let’s try to find out!

Is Shoshana Bush married? Does she have a secret spouse?

Good news for Shoshana worshippers out there. The ravishing beauty has not tied the knot yet with anyone. This means all the rumors you might have come across regarding Shoshana’s marital relationship status is false.

Now that you know she is not married, you must be curious to find out if she is dating anyone or not. Well, to be honest, her dating life is still up for debate. Why, you ask?

Scrolling through her social media handle, she is seen getting cozy with someone. Bush has so far shared a few photos with this person, however, do note that this is all speculations on the basis of their social media activity.

Now that you have read the disclaimer above, you must be dying to know who is the person? Let’s find out!

Is Shoshana Bush dating secretly? The actress is seen getting cozy with a woman, is she a lesbian?

As of 2020, Shoshana is single on papers. She has not revealed anything about having a secret boyfriend or anything. However, going by her Instagram profile, the On My Block star looks a tad bit cozy with actor/director, Leven Rambin. In many of their photos together, they look more than just friends. In fact, in one of the photos, they even shared a kiss.

In addition, the captions in many of their photos are also a nod to their speculated relationship. On April 28, 2020, Leven added a picture with Shoshan from their shoot for @wethecollected, and wrote in the caption a hilarious excerpt in reference to COVID-19 social distance,

Shoshana has also added quite a few pictures with actress Leven. On July 22nd, 2020, she added a picture with her alleged romantic partner and wrote,

“The days when no personal space bc you love someone so much was cute 👩‍❤️‍👩.”

All things aside, if we go by their pictures then surely the pair looks smitten. In fact, many of their fans even commented ‘best couples’ or ‘lesbian couples.’

In an article published by Hollywood Life, it is specifically stated that Shoshana and Leven are best friends forever. The tabloid got a hold of them during a beauty day at the Valerie Beverly Hills makeup studio and asked them a few questions. One of the key questions they asked was about their friendship.

While talking about how lucky she is to found a best friend in Leven, she said,

“The thing is, it’s hard to find positive people in our lives. Especially as actresses, when we’re constantly being torn down. So to have somebody who is positive, and wonderful and supportive, it’s the best. It’s hard to find and I’m lucky I found it.”

Besides, they also opened up about how their friendship stays strong and stated four major elements that contribute to their ever-growing friendship.,

“Respect, No Jealousy, Share important news with your bestie first, and Distance doesn’t have to make the heart grow fonder.”

It seems the two are indeed friends and the pictures they share on Instagram are just the duo showcasing their affection to each other as BFFs.

Shoshana had a boyfriend? Once Tweeted about him

Back in 2014, the Broken Roads star shared a tweet that made many heads turn. In the tweet, she talked about how her “boyfriend” makes her swoon every day.

In the tweet, she added an Instagram post link wherein Shoshan added a picture of a guy named Tony. As for who is Tony, well, he is a musician, guitarist, and drummer.

If her tweet and Instagram post is anything to go by then surely the Shoshana was in a relationship with Tony. The pair dated for some time after the tweet was made and called it quits. They are still good friends, though, as evident by the fact that she is yet to delete his picture.