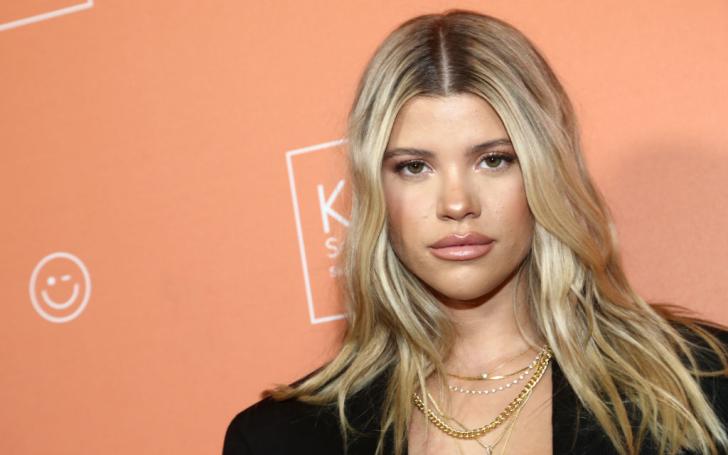 When you’re the child of a big star, fame is inevitable. Even if you choose a career different than that of your parents, you will still be hot news in the celebrity world.

Likewise, Sofia Richie is a celebrity kid. She is the daughter of a prolific singer, Lionel Richie, and his second wife, Diane Alexander.

Today we’re going to find out some interesting facts about the model and also answer frequently asked questions about her on the internet. We will also find out the answer to the query, is Sofia Richie adopted?

Is Sofia Richie adopted? Who are her parents?

Born on August 24th, 1998, she is the youngest kid of Lionel Richie and Diane. She is not adopted. Sofia is the biological kid of Lionel and his ex-wife Diane.

On the subject of adoption, Sofia’s sister Nicole Richie was adopted. One of Lionel’s bandmates asked him to become the legal guardian of Nicole. Lionel and his first wife Brenda took her in and when she turned nine, they officially adopted her.

So Sofia is not the adopted one but her eldest sister is.

Sofia has one biological brother and one adoptive sister

Sofia’s father Lionel has two other kids apart from herself. Lionel adopted Nicole Richie, born September 21st, 1981, Sofia’s eldest sister with his now ex-wife, Brenda Harvey-Richie. The former couple was married for 18-years before divorcing after he cheated on Brenda with his second wife, Diane.

Later on, Lionel married Diane, in 1996. The couple shares two kids, Miles Brockman Richie, born May 27, 1994. All three of them are on excellent terms with each other.

There are a few celebrity kids who don’t have any sort of relationship with their half-siblings. For instance, Ryan Phillippe‘s kids with Reese Witherspoon, Ava Phillippe, and Deacon Phillippe. They don’t have any connection with Ryan’s daughter Alexis Knapp.

Well, to each his own, right!

The 21-year-old belongs to mixed ethnicity. While her dad Lionel is African-American, her mom is white. However, she inherited fair skin because of which she is often mistaken as white.

Besides, Sofia is proud of her roots and has never shied away from speaking out against racism against black folks.

She once said in an interview back in 2016, “I’m very light, so some people don’t really know that I’m black. I’ve been in situations where people will say something kind of racist and I’ll step in and they’ll be like, ‘Oh, well, you’re light.”

Sofia Richie Career: What does she do for a living?

Unlike her father, who is a great singer, Sofia chose a different path for herself. She decided to become a model. Her burgeoning career started at the age of 14 when she featured in Teen Vogue Magazine. One year later, she got herself a contract with the swimwear company Mary Grace Swim.

Sofia made her runway debut when she turned 18 in February 2016. She featured for the American Heart Association’s Go Red For Women Red Dress Collection during the New York fashion week.

As of 2020, she has worked for numerous fashion labels including Elle, Chanel, Yeezy, Dolce & Gabbana, Adidas, and Michael Kors, to name a few.

Aside from working as a model, she is a designer as well. She debuted her fashion design in July 2019 after teaming up with Frankie’s Bikinis. In early 2020, Sofia has also talked about her plans to further expand her horizon and soon wants to launch some products for hair and body.

Sofia Richie has also appeared in a few shows

The dynamic personality has tried her hands in acting as well. She made her TV debut in the series, Candidly Nicole. The series follows Sofia’s sister, Nicole Richie daily life.

Moreover, she also made a short appearance in Flip It Like Disick and Keeping Up with the Kardashians. Sofia also has a cameo in the movie, Ocean’s 8.

Who is Sofia Richie Boyfriend in 2020?

Sofia was in an on-off relationship with the reality star, Scott Disick. The former pair made their first appearance together as a couple back in May 2017.

The duo became Instagram official when a mutual friend made them official with the help of a dessert.

Then in 2018, TMZ reported the duo has gone their separate ways and Scott even hooked up with an unknown blonde during Kanye West’s album launch party.

However, it all turned out to be just a rumor and the duo got back together instantly. Since then their relationship was sailing smoothly before a source told in May 2020 Sofia and Scott are taking a break. All because of Scott’s mental health. Regardless, they got back together, just after a few days.

After dating on-and-off for two months, Sofia and Scott finally called it quits in August 2020. A source close to the pair told E! Online, “They have been off and on for two months. Sofia really pushed to make things work between them after they initially broke up, but Scott officially called it off recently and they are no longer speaking.”

How much is Sofia Richie’s net worth?

Well, to be fair, for a 21-year-old, she is living a luxurious life. And why wouldn’t she, her father is one of the richest singers around with a total net worth of $200 million.

It is safe to say her affluent lifestyle is all thanks to her papa’s money. Even so, she also earns quite a lot as a fashion model and designer. As of now, her personal net worth stands at $2 million.