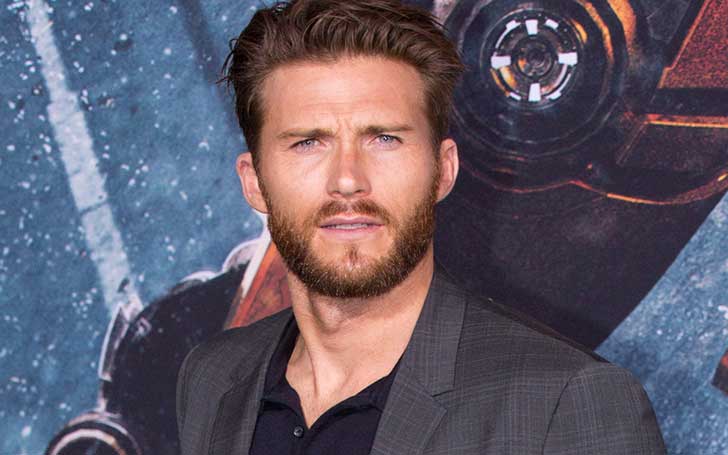 Scott Eastwood is an American model and actor, famous for his roles in Flags of Our Fathers, Gran Torino, and Invictus. Before he established in his acting and modeling career, Eastwood was famous as the son of a famous actor and filmmaker, Clint Eastwood.

Besides his profession, Scott is known for his romantic relationships. Especially, he came to the spotlight after his ex-girlfriend died in a horrific car accident. After the incident, Scott has remained low key regarding his relationships. So, what is his relationship status? Is he married? If yes, then who is Scott Eastwood’ wife? We’re discussing all these here.

The truth about Scott Eastwood Wife: Is he really married?

Eastwood, the 34-year-old model has been keeping his romantic life out of the media sight for years now. This has made his fans curious about his love life. Many of his followers often wonder if the actor has already gotten married. But, we want to make you all sure that the actor is not married as of present.

Even though Scott keeps much of his personal life private, he doesn’t seem to have thought of making anyone his wife yet. He has dated a number of girlfriends following his girlfriend’s death back in 2014, but he is taking his time to settle down.

Everything We Know About Scott Eastwood’s Girlfriend’s Death

Scott Eastwood was dating an aspiring fitness trainer and gymnast, Jewel Brangman. Brangman died on September 7, 2014, in a car accident that involved a blast of a faulty airbag. As reported, Jewel was going to Los Angeles from San Diego in a rented 2001 Honda Civic when she rear-ended a van.

“The f****d up thing is, it was a fender bender, and there was a recall on airbags. Her airbag exploded. It shot a projectile through her body.”

“I’ve lost friends before; I’ve lost some great friends. But, I had never lost someone I had been really intimate with, you know, like in that way, in a relationship.”

Following Brangman’s tragic death, her grief-stricken father filed a lawsuit against Honda, the airbag manufacturer, and the rental company of the vehicle.

After an extended investigation, Honda and the National Highway Traffic Safety Administration found out that the airbag had inflated with a huge force and spewed metal shrapnel that killed the rising model.

The 34-year-old Fate of the Furious star is dating Maddie Serviente as of July 2020. The lovebirds are in a romantic relationship for some years now. Eastwood and Maddie started going out together in November 2016 after meeting in Australia for the first time. The actor was there for the shooting of the sequel to Pacific Rim.

They were speculated to be seeing each other after they were spotted together at the Bondi beach. After that, they have traveled to a number of trips together. In April 2017, Eastwood and his girlfriend made news after they walked hand-in-hand at Coachella. Their appearance at Coachella confirmed their romance which had been a rumor for months.

Meanwhile, in May 2019, the romantic couple went on a vacation to Italy. They spent quality time together in Italy where they were snapped getting cozy as they hung out in Florence. They also visited the San Lorenzo Market in their outing where the Fast and Furious 8 actor powered a bike blender to make a smoothie.

Actor Scott Eastwood often shares his professional outings and his meetings with his colleagues on social media. However, he keeps his love life out of the media sights. He has more than 3 million followers on Instagram and more than 200k followers on Twitter, however, his followers never have any peek into his personal life.

In spite of his privacy, the media has some clue about his relationships.

One of the first known relationships of Scott was with Sara Leal whom he dated during 2011. During his appearance on Watch What Happens Live, Eastwood revealed that his ex-girlfriend Leal cheated on him with actor Ashton Kutcher.

In fact, Leal infamously slept with Kutcher when he was still married to actress Demi Moore. At that time, she was in a relationship with Scott. In the conversation, Scott said he had no hard feelings toward Ashton Kutcher.

Scott Eastwood and country singer Jana Crammer started dating in 2013. People confirmed their relationship in October 2013 saying they were met through mutual friends. The outlet reported a source close to the couple revealed they were dating, however, it didn’t reveal more details on their relationship.

Scott and Jana broke up after just a few months of dating.

After Eastwood’s break up with Jana Crammer, he reportedly started dating Brittany Brousseau. Scott and Brittany went public as a couple in May 2014, however, their relationship didn’t last long as they went their different ways in mid-2014.

Following his breakup with Brittany, Scott started dating Jewel Brangman who died in September that year, a couple of months after they started dating.

Besides all these relationships, Eastwood has also been rumored to be dating some of his colleagues. Some of the celebrities he has been linked to are Adriana Lima, and Nina Dobrev. But, his relationships with these stars were never confirmed.