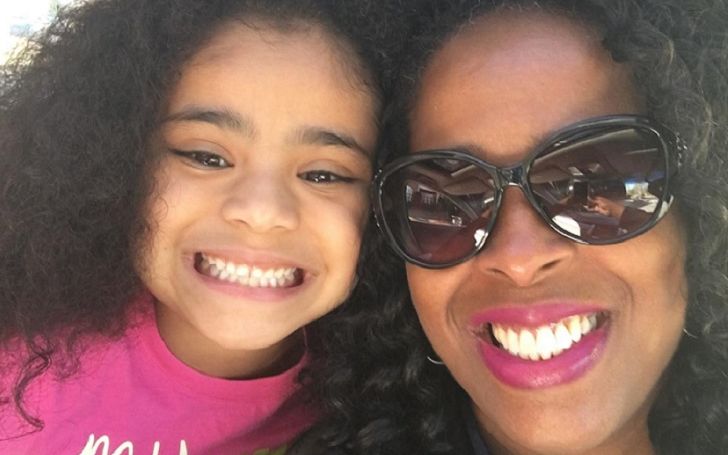 Vonnie currently serves for Continental Airlines Inc. Besides, she is also a doting mother of a daughter but who is her child’s biological father?

To know more about her big family and other unexplored facts, keep scrolling!

Who are Vonnie Wayans Parents?

Vonnie is the daughter of Howell Stouten Wayans, a supermarket manager, and Elvira Alethia. Her mother was a social worker. She resided in Chelsea, New York City with her family.

Tragically, Elvira, the matriarch of the Wayans family died at the age of 81 in mid-2020. Her entertainer son Marlon took to Instagram to announce the sad news of her mother’s demise,

“Losing you shattered me into 1000 pieces I’m putting myself back together piece by piece. You will always be my glue. Miss you. Today i celebrate for the both of. In the midst of this hurt… i just love you ma.”

Devonne has nine siblings; all of them are pretty successful in their own way. A short detail of her brothers and sisters is mentioned below,

Diedre is an accomplished screenwriter and producer famous for her work on the show “My Wife and Kids” along with her sister Elvira Wayans. Besides, she is also a founder and owner of Wayans Girl Foundation, a non-profit organization.

Like her siblings, Nadia also has a good career in the entertainment business. She appeared in a blaxploitation parody film, I’m Gonna Git You Sucka.

Born and raised in NYC, Kim is an actress, comedian, and producer. She rose to stardom after her breakout performance on the Fox sketch comedy show In Living Color (1990-94). She gained further popularity for her role on the TV sitcom, In the House (1995-98).

Her other TV credits include New Girl, The Breaks, and Boomerang.

Born and raised in New York City, Dwayne is a writer and film score composer. He landed the job as a production assistant on shows like In Living Color and My Wife and Kids.

The Bayard Rustin High School graduate Shawn also has a great career in several prestigious fields such as acting, comedy, and producing.

He initiated his acting journey with a role in the movie I’m Gonna Git You Sucka in 1988. In subsequent years, Shawn worked in movies including Don’t Be a Menace to South Central While Drinking Your Juice in the Hood, New Blood, and Scary Movie as well.

In addition to his acting, Wayans also appeared as a writer and producer in White Chicks, Little Man, and Dance Flick.

He also has built a highly successful path as a stand-up comedian and actor. His major breakthrough came after his performance on the comedy show, In Living Color. He also worked as a writer for the project.

He played the role of Roger Murtaugh in the comedy-drama TV series Lethal Weapon (2016-19).

Over the past two decades, Keenen is also doing great in the entertainment business. He is a successful actor, comedian, and filmmaker. He initiated his career with his comic role in the 1983 drama Star 80.

Wayans is credited for his role on Happily Divorced, Dance Flick, and Little Man.

Starting his career with a role in I’m Gonna Git You Sucka, Vonnie’s brother Marlon grabbed huge attention for his performance on the WB sitcom The Wayans Bros with his brothers. He featured in movies like Norbit (2007), G.I. Joe: The Rise of Cobra (2009), The Heat (2013), and more.

In 2017, Marlon went on to create his self-titled sitcom which premiered on August 16, 2017, on NBC. However, it was canceled after two seasons.

What About Vonnie Wayans’ Career?

She currently works for Continental Airlines Inc. She has remained quite confidential when it comes to her professional life. As per sources, Vonnie occasionally works as a screenwriter so far.

Her Early Life and Education

Vonnie was born in New York, New York, in the United States of America. She grew up in a joint family. She is an American as per her nationality and belongs to the Afro-American ethnicity.

What About Her Love Life? Is She Married?

Vonnie never openly talked regarding her love life and has kept everything strictly grounded. According to her social media handles, Wayans is the proud mother of a daughter named Lauren. Nonetheless, any detail of the child including her name and biological father is still a mystery.

Furthermore, any detail about her marriage is yet to be revealed.

Net Worth of Vonnie Wayans