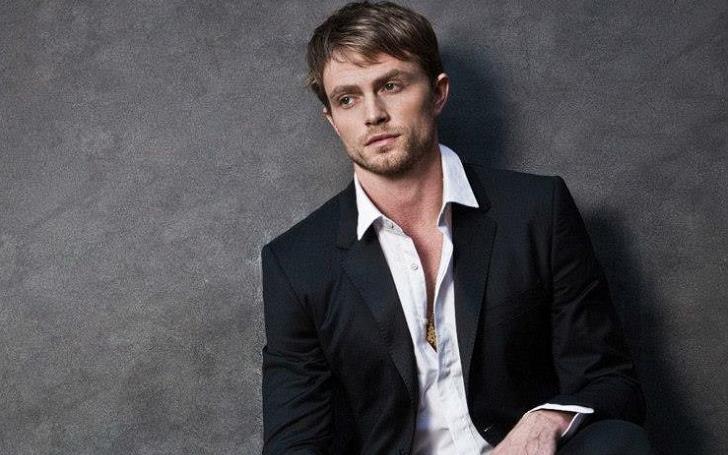 Wilson Bethel is an actor who played a breakout role, Wade Kinsella, in the hit The CW’s drama TV series, Hart of Dixie, probably the performance that skyrocketed his fame. Prior to the professional successes, Bethel has remained quite secret when it comes to his love life.

The actor was previously in a brief relationship with actress Hassie Harrison. But what is his current relationship status? In the meantime, many of his fans have also questioned is Wilson Bethel married? if yes, who is his wife?

Let’s find out everything about his love life!

Who is Wilson Bethel Wife?

Hart of Dixie star is yet to be married neither does have a spouse. Fans started becoming more curious to know if the actor was ever in a marital relationship or not when Bethel played Wade Kinsella, an on-screen husband of Zoe Hart (portrayed by Rachel Bilson) on Hart of Dixie. The TV couple who tied the knot in a rushed wedding ceremony had a son too.

While the pair were on the project, many people even started speculating there was something between the two outside the camera also. In fact, the terrific romance they had on TV never turned into reality. Besides, Wilson has still many throwback photos with his on-screen-wife on his social media handles

But, at that time, Rachel was in a committed relationship with Hayden Christensen, her Jumper co-star. The two dated for several years before calling it quit in 2017. The former flames also shared a daughter Briar Rose Christensen.

Relationship With an Ex-Girlfriend Hassie Harrison

Amid the TV romance with Rachel, the actor was already in a real romantic relationship with someone who was none other than a fellow actress Hassie Harrison. His ex-girlfriend likewise had a minor of Lucy in the TV series Hart of Dixie.

Although the two only made their relationship public in 2013, Wilson already hinted about having a girlfriend a year before in an interview with the Cosmopolitan UK. He said he loves to spend time with his girlfriend,

“I spend a lot of time outside. I love the beach, hiking, spending time with my girl, and my dog Tucker.”

However, at the time, the actor didn’t reveal his partner’s name which later came to know she was Hassie Harrison.

The two were super-secret about their love life. They made a few appearances throughout their relationship. The Jared Halloween Party held at the Beacher’s Madhouse at the Hollywood in late 2013 marked the first appearance for the couple.

Bethel popped up with Harrison on a few other occasions including a last one at his Hart of Dixie‘s co-star Jamie King‘s birthday party in Beverly Hills in April 2014. Both Wilson and his now ex-girlfriend were super close with Jamie.

But, after some time, the couple’s romance slowly faded away from the mainstream. It is still unknown when the couple actually parted ways.

Who is Wilson Bethel Girlfriend at present?

Wilson isn’t dating anyone officially at this moment. But since his break up with Hassie, the actor has managed to keep his dating life under wraps.

On the other hand, his ex Hassie is in a loving relationship with her new boyfriend Austin Nichols. The two made their red carpet debut on 21st June 2018, appearing together at the Oceana’s 11th Annual SeaChange Summer Party in Laguna Beach, California.

Know Something About Wilson Bethel Family

Born and raised in Hillsborough, New Hampshire, Bethel is the son of Stephen Bethel and Joyce Maynard. Her mother is one of the elite novelists who has released several novels to date. He also has a brother named Charlie Bethel.