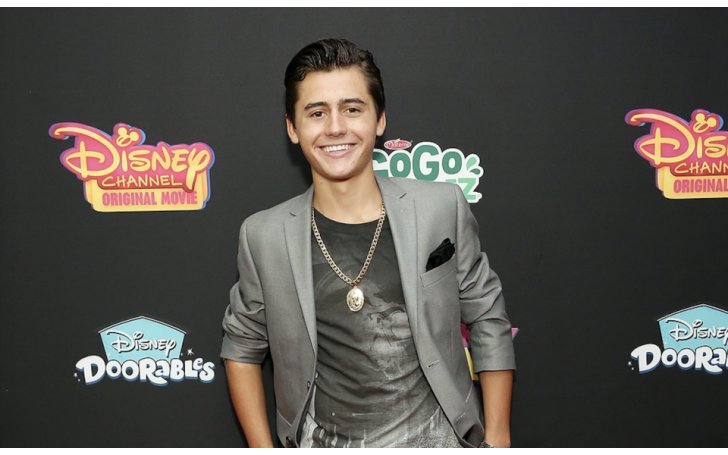 Famed for his work in Stuck In The Middle and The New Formal, Isaak Presley is a renowned actor. The teenage star is known for his versatile acting.

He also appeared in the hit Netflix drama, Fuller House as a recurring character.

Isaak hails from Los Angeles, California, and resides there as well. He was brought by his single father, Lou Presley. His dad hails from Cuba.

Because of Lou’s origin, Isaak too learned the Latino culture and speaks Spanish.

His father has made a name for himself in the entertainment industry and it is because of his dad, Isaak too pursued a career in the industry. He has said in various interviews that growing up he was surrounded by big names of the industry.

Who is Isaak Presley Mother?

There are numerous tabloids claiming Isaak’s dad separated or divorced Isaak’s mother. But we beg to differ as we’ve definitive information about his mom.

Isaak himself mentioned in an interview with American Latino that his father had him via a surrogate. So in short, he never had a mom figure in his life as the one who brought him into this world was a surrogate.

It was his father’s decision to raise him all by himself, and frankly, he has done a fantastic job.

Take a look at the interview below!

From his career in acting and singing, Isaak accumulated a net worth of $200,000.

Does Isaak have siblings?

No, the handsome actor is the one and only child of his father, Lou.

His surname Presley has been one of the talked about the topic ever since he made his debut. All because there was a rumor that he might be somehow related to the late pop star, Elvis Presley.

Sorry to burst your bubble y’all as he is not linked with Elvis’s family, whatsoever.

Who is Isaak Presley? Career at Glance

Isaak Presley came to prominence early on after he started out as a child actor. It has been often said that child stars can never make it to the mainstream but Isaak proved them all wrong.

Not only did he appeared in numerous other projects, but he is also revered as one of the upcoming stars of the current generation. And his work surely has proved it once in for all that he has what it takes to be a great actor.

Starting out as a child star back in 2011, he, later on, became a singer and songwriter as well. Furthermore, at one point of time, he was so sought after that he simultaneously worked in Fuller House and Stuck In The Middle.

Since 2019, he has been working in the web series, Camp Nick. In addition, the handsome teenage star has worked with Paul Rudd in the movie, Web Hot American Summer.

The young actor is currently single and not in a confirmed relationship. Recently, he was in a relationship with the dancer, Mackenzie Ziegler. Yeah, you’ve heard the name before. Mackenzie is the sister of a dancer, Maddie Ziegler.

Isaak and Mackenzie first confirmed their relationship back in August 2019. He shared a cute picture of the duo with loved up emoji on the caption, seemingly announcing their romance.

Ever since then the duo started sharing a lot of pictures of each other and used to wish one another on every special occasion. According to fans, they truly were a relationship goal.

Initially, rumors of their relationship started swirling when they were spotted together in various events together. At first, none had a clue as to whether they are just friends or an item. Later on, it turned out to be the latter.

Nevertheless, things started falling apart for the two and they broke-up. The news of their separation came in May 2020 after Kenzie shared a live Q&A video in which she revealed the reason behind calling it quits.

As we all know true love is quite hard to find and one has to go through several heartbreaks in order to find the perfect one. It is quite true for Isaak as well.

Prior to his lasting relationship with his now ex-girlfriend Kenzie, he was heavily linked with his co-star, Jenna Ortega. Their chemistry on and off the screen made it so that they were definitely going out. 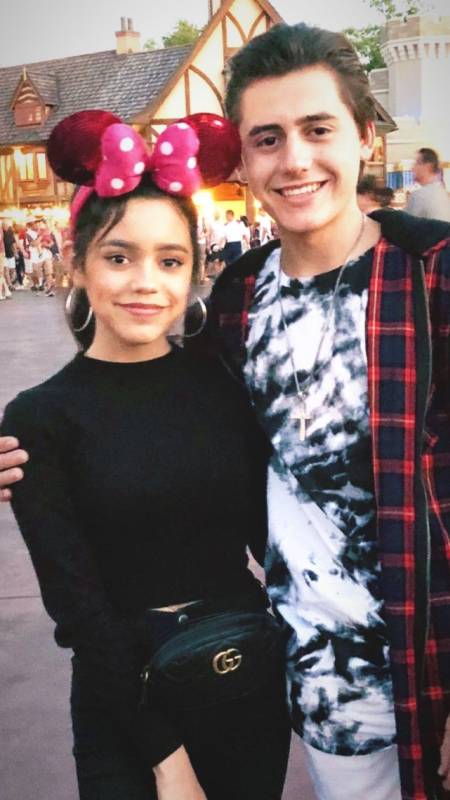 Soon after parting ways from the show, Jenna and Isaak’s relationship disappeared from the horizon.

Then it was found out that he is dating a model, Andora Leigh. Speculation rose when the two shared PDA filled pictures of one another in 2017.