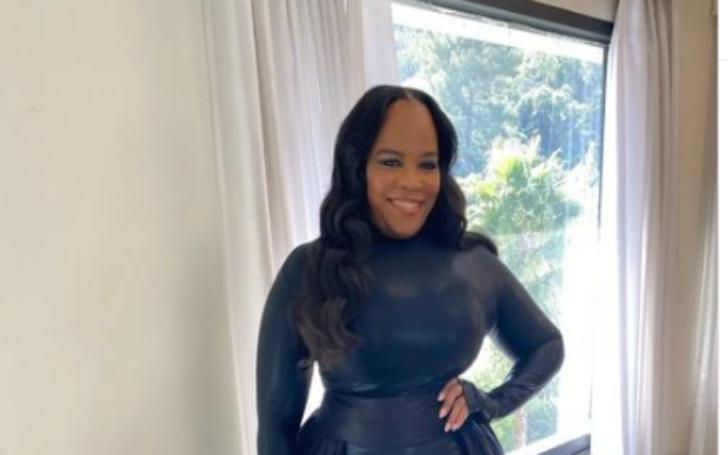 Isha Price is a lawyer and producer by profession. Besides, Price is also the co-founder and senior strategic advisor of Wishbone Consulting Group. Aside from her professional endeavors, Isha is the half-sister of the famous American Tennis players Venus Williams and Serena Williams.

The Price-Williams family came to prominence after the release of the movie King Richard which was based on how Richard made his daughters one of the greatest Tennis players of all time. Besides, did you know one of her sisters Yetunde Price was murdered?

Well, let’s find out more about Isha including her education at law school, love life, and more!

Early Life: Isha Price is a Law Graduate and a Licenced Lawyer

Isha Price was born to her father Yusef Rasheed on 18th February 1975. She was born in Beverly Hills, California. She holds American citizenship and belongs to the African-American ethnicity. Her star sign is Aquarius

Talking about her education, Isha completed her schooling at a local school in California. She then went on to enroll at the Georgetown University Law Center and graduated in law with a Juris Doctor degree. Furthermore, the celebrity sibling received a Master of Business Administration from Howard Univerity.

Following her graduation, Isha started working as a lawyer. She is also a producer by profession.

Career: Isha Price is The Owner of a Consulting Group

Besides, it is said on the abovementioned website that Isha, “brings an unusual combination of inside knowledge and strong skills in branding and business to Wishbone’s unique clientele base.”

Grew Up in a Strict Parenting With Her Step-Father

Isha was born to her mother’s first husband Yusuf Rasheed. She lost her after at the early age of four in 1979. Her late dad passed away due to a heart attack. Following his demise, her mother Oracene Price tied the knot with a tennis coach named Richard Williams in 1980.

After that, Isha had to spend the rest of her early life with her step-father and her half-siblings. In fact, her step-father Richard was a very strict parent who maintained a tight schedule for all of his children. Price had a strict bedtime at 10 pm until they turned 18. She further revealed to The New York times,

“It wasn’t until I got to college that I realized that our lives weren’t what other people considered normal.”

How Many Siblings Does Isha Have?

Isha and her five siblings grew up under the care of a single mother. She had two biological siblings from her mother’s first marriage. Her elder sister Yetunde Price was born on August 9, 1972. She was a salon owner and a registered nurse. Unfortunately, her older sista was murdered on 2003 September 14.

Similarly, her younger sister Lyndrea Price was born in 1978. She currently works as a fashion merchandiser and web developer.

As mentioned above, her half-sisters, Venus and Serena are high-ranked tennis players. Both of her sisters are in the top 10 greatest women Tennis players of all time list. Moreover, both of them are Olympic gold medalists.

On 25th Feb 2002, Venus first earned the tag of world No. 1 rank, becoming the first African American woman to win the title in the Open Era. Over the years, both sisters have received a number of titles and awards. Everyone says, behind every successful person, there is always someone to push them up. For Venus and Serena, there were their father and mother, who trained their daughter so hard.

Her Older Sister Was Murdered By Robert

As aforementioned, Isha’s elder sister Yetunde Price was assassinated by Robert Edward Maxfield on 14th September 2003. Robert was a gang member of Southside Crips. The incident happened when Yetunde was sitting in her SUV car with her boyfriend.

It all happened when Robert them to be gangsters from the rival group. Subsequently, Maxfield started gun firing on them without confirming if they were gangsters or not.

Their Family Came Into The Limelight After The Movie King Richard

On September 2, 2021, the movie named King Richard was released which made the Price-Williams family talk of the town. It is an American biographical sports drama film that displayed the successful journey of Venus Williams and Serena Williams. It showcased how their parents Richard and Oracene trained their daughters and made them what they are today.

In the movie, the role of Richard William was portrayed by the star cast, Will Smith. For his marvelous role in the project, Smith won several prestigious accolades like Academy Awards, BAFTA awards, and Critics Choice Award.

Who Is Isha Price Husband? All About Her Low-Key Love Life

Isha Price has reportedly been in a marital relationship with her long-term husband Felix Fayron. However, neither Isha nor her hubby Felix has revealed anything about their wedding details. But, as per some sources, the two dated for some time before their nuptials.

Besides, talking about her spouse’s profession, Felix has reportedly also shared the same profession as his wife. He is a lawyer by profession.

However, other than that, the details about their love life are yet to be revealed. They have neither talked about their children so far.

Isha is quite active on her social media platforms. She usually maintains her engagement on her Instagram handle. The celebrity sister has about 9k followers on her Instagram account under the name @ladyisha01.

What is Isha Price’s Net Worth?

Isha Price has been able to amass quite a good amount of fortune by working as a lawyer and a producer. If we believe online tabloids, Price has an estimated net worth of $2 million.