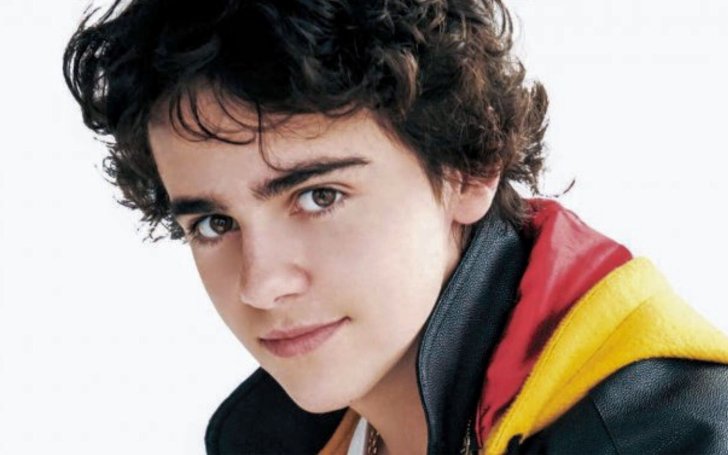 Jack Grazer is an American actor famous for his appearance in It and its sequel, It Chapter Two. The award-winning actor has played his hands in a few TV series.

Here today let us find out about Jack’s family, his siblings, and everything in his personal life.

Jack’s parents, Angela and Gavin welcomed their only child in 2003. However, Jack’s mother and father soon separated. Despite their unfortunate split, the couple remained good friends and co-parent their son.

Dylan, on the other hand, has refrained from talking about his parent’s separation in the media. Nevertheless, he shares a good bond with his mom and dad.

Jack even wishes his parents on their respective birthdays and on father and mother’s day.

Happy Belated Father’s day, Dunquan! I love you so much for being YOU!

I spent a remarkable day at The Huntington Gardens yesterday with these two amazing mothers. My incredible mama and Elaine, Emmy’s extraordinary mama! Happy Mother’s to all the mama’s out there! Especially mine❤️ @elainekimiye @angelalafever

Recently, Gavin and Jana gave birth to their first child together, Jack’s only sibling, Bowie Gavin Grazer. They welcomed him on May 16th, 2020.

His step-mother is also an actress and producer. Her film credits include Slipstream (2007), How to Dress for Success, and Until the Night.

What is Jack Dylan Ethnicity and Nationality?

He is an American by nationality.

Yes, the actor is the nephew of American producer, Brian Grazer. Jack’s dad, Gavin is the younger brother of Brian.

For those of you who don’t know Brian, well let us tell you that the man is a big name in Hollywood. He is co-founder of Imagine Entertainment, a production company.

He co-founded the company with Ron Howard and so far their movies have grossed over $13 billion.

Brian was even nominated for the Academy Award for the movies, Splash, Apollo 13, A Beautiful Mind, and Frost/Nixon.

Jack Dylan Grazer Movies: Always wanted to be an Actor

Dylan mentioned in an interview that he always knew he wanted to be an actor. While talking about the inspiration behind becoming an actor, he stated,

“As a young boy being on stage performing or making up characters in the mirror just gave me the absolute feeling of freedom and happiness. So that’s when I officially decided that this is what I wanted to continue to do for the rest of my life.”

Jack started out in theatre and initially worked in numerous theatrical production at The Adderley School for The Performing Arts. In the beginning, he appeared in small TV, film, and commercial roles.

He made his on-screen debut in the TV series, The Greatest Event in Television History back in 2014. Subsequently, he tried auditioning in movies and got the role of Young Joey Stranger in Tales of Halloween (2015).

His first big role came in 2017 when he was cast in the movie It, in the role of Eddie Kaspbrak. He worked alongside Sophia Lillis, Finn Wolfhard, Jaeden Martell.

Sponsors a Scholarship under his Name

Jack might be a teenager but he has done some things that even adults can only dream of. The 16-year-old sponsors the scholarship, the Jack Dylan Grazer Scholarship at The Adderley School.

According to him, it had always been a dream of him to provide for poor students. He wants every student to become the best version of themself in the field of their own interest.

In addition, he wants them to experience the teaching of Adderley School as well.

The IT star professed his love interest in social media personality Cylia Chasman in January 2020. In a picture that he shared, Jack tagged two people, Dua Lipa and Cylia. This was a clear message that he has his eyes set on Dua and Cylia.

After announcing his interest, several months later in August 2020, Jack shared a picture with Chasman on his Instagram account. In the picture, he is embracing Cylia as she smiles.

Since then, he is yet to share other pictures with Cylia.

Currently, Jack is not in a confirmed affair with anyone. However, the young actor has been linked with two people in 2020 alone. At first, there were rumors of his relationship with actress Emmy Perry.

Rumor of their affairs started after the pair shared pictures of each other on Instagram. Moreover, Jack and Emmy even celebrated Christmas together. The duo had maintained they are best friends forever, but fans were skeptical.

Previously, Jack was in a relationship with a social media star, Ellie Hiyar. The couple dated from 2017 to 2018. They first met each other in school.

They broke-up after there was news that Ellie cheated on him. She apparently called Jack’s friend, Finn Wolfhard, attractive and charming. Not so much as what you call cheating, isn’t?!

All about It actress Sophia Lillis: From Her Parents, Brothers to Her Dating Life