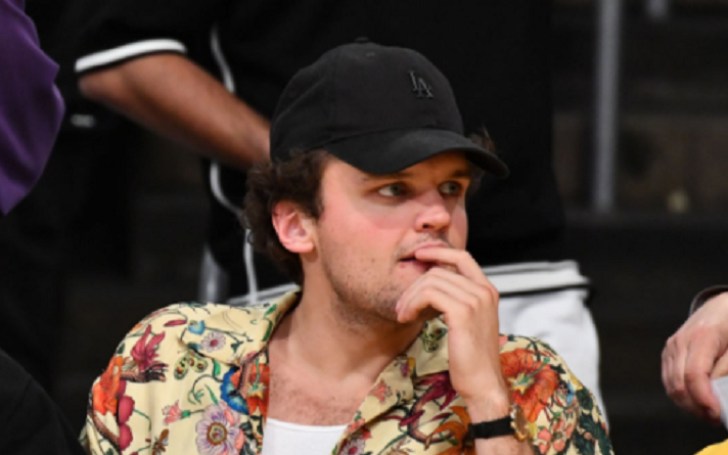 Ray Nicholson is the son of Jack Nicholson, the greatest actor, and filmmaker of all time. His father has an extensive career in the entertainment industry that has spanned over six-decade.

On the other hand, Ray Nicholson’s mother is a sporadical actress. Being the son of acting stars, Ray has also been following in his parents’ footsteps with a few on-screen credits under his belt.

Let’s explore some unheard facts about his life!

He was born on 20th Feb 1994, in Los Angeles, California to Jack Nicholson and Rebecca Broussard. His dad wanted to name Landslide Nicholson but his mother disagreed because she “held out for sanity.”

Besides, Rebecca primarily took care of their kids because Jack wasn’t really around. The actor said of Ray and Lorraine, “They’re great. I was never what you call a hands-on sort of father, but I’m lucky my kids have turned out the way they have.”

Ray also looks like his dad so many sources say he is the spitting image of his award-winning dad.

No, Jack and Rebecca never married. The couple began dating back in 1989. Rebecca was a waitress in a Los Angeles club at the time.

Nonetheless, the two had a tumultuous relationship throughout their love affair and they separated after around five years of their relationship in 1994.

Sources reported that Ray’s mother left Jack for another actor.

Ray Nicholson’s Sister Is An Actress

Nicholson grew up along with his biological sister Lorraine Nicholson, born on April 16, 1990. The Brown University graduate Lorraine is also an actress who came into the limelight following her role in the biographical drama film Soul Surfer. She made her acting debut at thirteen with the role in her dad’s movie Something’s Gotta Give.

He Has Three Half-Siblings

Ray has an older sister named Jennifer Nicholson (born September 1963) from his father Jack’s marriage with Sandra Knight. The former couple tied the knot in June 1962. However, their matrimonial relationship didn’t sustain for long and they went their separate ways after six-year of marriage in 1968.

His half older brother Celeb Goddard came from his father’s relationship with the actress Susan Anspach. Born in September 1970, Celeb initially wasn’t accepted by his father as his son but later he told that Jack admitted him as his son. According to sources, the actor also helped his son financially in the late 1980s.

Furthermore, Ray has a half actress sister named Honey Hollman (b 1981) from Jack’s on-again and off-again relationship with Winnie Hollman, a Danish model.

Ray Shares a Deep Bond With His Two Nephews

Nicholson is the proud uncle of two nephews Duke Norfleet and Sean Norfleet. They are too close to each other. Duke who attended Wildwood, a West L.A. private school has also involved in the entertainment business.

What Does Ray Nicholson Do?

Ray is an actor who landed his first role in a 2006 movie The Benchwarmers. He later appeared in several short projects that include R.I.P., Mermaids, The Outsider, On Killer Robots, and The Big Break.

Nicholson has also worked on a few TV projects. He played Hollorann in a TV series Mayans M.C. (2018-19). His other on-screen credits include Promising Young Woman and Panic as well.

In addition to acting, Ray worked as an assistant director in two projects A Reunion and Boots. He also appeared as an associate producer in Connective Tissue.

What is Ray Nicholson Net Worth?

His net worth is $500,000 as of 2020. He has earned the majority of his wealth from his multiple roles in the entertainment world. In the meantime, his father Jack has an estimated wealth of $400 million.

Who is Ray Girlfriend? Know About His Relationship Status

The popular star kid doesn’t have a girlfriend at present. He has kept most of his personal details to himself and never came out publically with his relationship. He probably relishes a single life at this moment.

Ray and His Father Are Huge Fans of the Lakers

The legendary Oscar-winning star Jack and his youngest child Ray staunchly support the basketball team Los Angeles Lakers. They often attend Lakers matches. In 2016, the father and son were seen watching Lakers and its rival Los Angeles Clippers match at the Staples Center.

Besides, they both appeared together at various fundraising events. Jack stepped out with his son at the star-studded Apollo in the Hamptons fundraiser back in 2014. It was attended by several known stars such as Sir Paul McCartney, Robert De Niro, Jon Bon Jovi, and Gladys Knight.

Know Something About His Mother Rebecca

Born and raised in Louisville, Ray Nicholson’s mother Rebecca is a former actress who kick-started her acting journey by featuring in the hit movie Die Hard (1988). She later became part of several other hit movies such as The Two Jakes, Man Trouble, Tex Murphy: Overseer, and more.

Other Interesting Facts of Ray