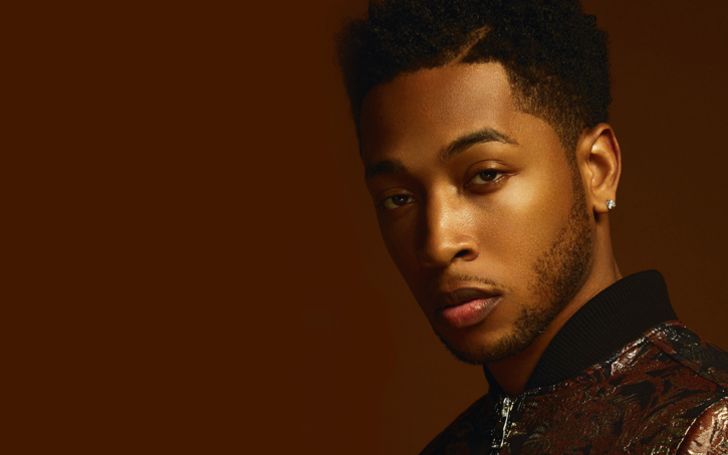 Jacob is not only an actor but a successful actor as well. He has appeared in many movies which also include Like a Boss, & The Last Summer.

Besides, he has a great bonding with his family members especially his father Jacob Latimore, Sr. Well, let’s talk in detail about his career, earning, and a lot more.

Latimore is an American singer, actor, and rapper by profession. He was born on August 10, 1996, in Milwaukee, Wisconsin, the U.S. to his parents, mother Latitia Taylor, and father Jacob Latimore Sr.

He also has three sisters and an uncle who he refers to as his inspiration to get into music.

Like any child, Jacob is very close to both his parents. In fact, he is often seen together with his father and mother out on different occasions.

The 24 years also made a beautiful post wishing his father on the “Father’s Day.” Well, the beautiful Instagram post features his dad Jacob Latimore, Sr. singing a song. In the caption, he wrote, “Happy Fathers Day POP. I love you. This where the sauce come from” literally hinting his talent as a singer. Check this out.

Happy Fathers Day POP. I love you. This where the sauce come from. 🔥🎤

Needless to say, like Jacob, his father is also a good singer which is pretty apparent in the clip above.

Jacob made his entry in the industry with a single Best Friend in 2005 and followed the success with Superstar in 2006.

Years later, in June of 2014, Latimore came up with a hit song “Heartbreak Heard Around The World” in collaboration with T-Pain.

Jacob made his movie debut in 2010 with Vanishing on 7th Street, where he portrayed the character named James Leary. As of 2020, he is already a part of 13 movies.

Jacob Latimore is a in a relationship with girlfriend Serayah McNeill, an actor and singer. While the two have not come to the forefront to officially confront their relationship, there are a couple of hints that are suggestive that Jacob and Serayah are dating.

In fact, during her interview at Cardi B’s Fashion Nova lunch Party, Serayah almost hinted at her relationship with Jacob. Check out the video here.

Well, the couple first came to know each other since the beginning of 2019 as they collaborated for Connection 2.

Latimore and McNeill are often seen in one another’s social media ever since they have known each other.  In fact, the two were spotted together during the premiere of The Last Summer in April of 2019.

Prior to his relationship with Serayah, he dated American singer and songwriter Cymphonique Miller.

Likewise, he was also linked with his Candy Jar co-star Sami Gayle in 2018.

American singer and actor Latimore owns a net worth of $1.2 million. He primarily makes money from movies, concerts, and album sales.

Jacob Latimore Girlfriends & Love Affairs: All The Relationships He Has Cherished