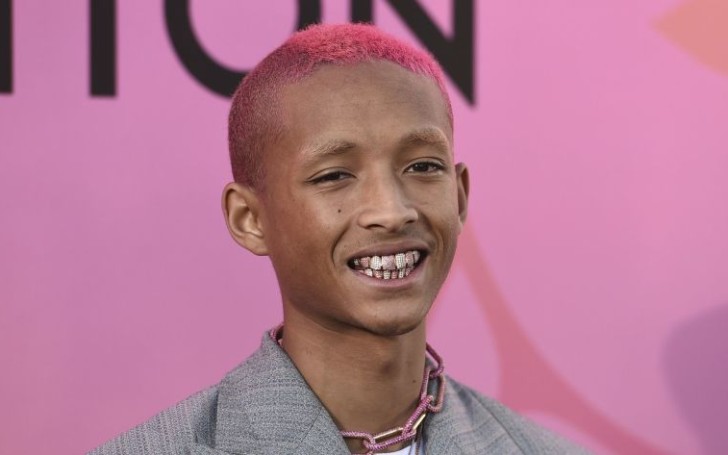 Jaden Smith has been silent regarding his relationship status since breaking up with his ex-girlfriend, Sarah Snyder. But it looks like Jordan might be dating someone new. The rapper was recently spotted with a mysterious blonde as he went for a surf.

His appearance with the blonde invokes confusion about his sexuality again. He recently congratulated his supposed ‘boyfriend’ Tyler the Creator after his Grammy Win. And now he is reportedly hooking up with a lady.

Who is Jaden’s gf in 2020? Is he dating this mysterious blonde?

Who is Jaden Smith dating now in 2021? Spotted Surfing with a Mysterious Lady

Though the answer to the question, who is Jaden Smith dating in 2021? should be fairly simple, it’s quite complicated, to be honest. According to the books, he is single but his recent outing questions his relationship status.’

As we’re fighting against Covid-19, half the population of the earth is in a state of lockdown due to this catastrophic pandemic. Similarly, the state of California announced, a few days ago, an immediate lockdown as well.

But it looks Jaden isn’t used to this social distancing as he was photographed going for a surf alongside a mysterious lady in Malibu. Jaden had a surfboard in his hand as he walked alongside his supposed “girlfriend.”

Will Smith‘s son wore a black wetsuit and the blonde cutie with a dimple on the left cheek donned black coat and baggy jeans. With her hair pulled back, she carried a towel and a green backpack.

This is the first time, Jaden made an appearance with the lady, and tabloids are already speculating they might actually be dating. A rep for Jaden is yet to comment.

During the recent episode of Red Table Talk, Jada Pinkett-Smith praised her son for socially distancing himself. As a rapper, Jaden travels a lot and because of the recent outbreak, he is fearful for his family’s health, especially his maternal grandmother, Adrienne Banfield-Jones.

She stated in the episode, “You will see that Jaden is not here with us today because he is actually being a responsible young person! He is practicing social distancing, he’s been doing a lot of traveling and his main concern has been about Gammy. So, he has decided to stay indoors and he’s actually following orders.”

And now his recent outing speaks otherwise. You know as they say, so much for social distancing.

The Karate Kid actor was in a two-year-long relationship with actress and model, Sarah Snyder. According to reports, the former flames started going out in early 2015.

At first, Jaden and Sarah appeared at the 2015 New York Fashion Week together and packed in a lot of PDA. And just days later, Sarah shared a picture of the duo and captioned, ‘Lit,’ seemingly confirming the romance.

Sadly, after sharing a lot of cute moments, becoming relationship goals to their fandoms, Jaden and Sarah broke up. In an interview with US Weekly, a source close to the pair maintained at the time, “Jaden Smith Broke it off because they “started growing apart. They had been on the rocks for a while … and stopped having shared interests.”

Interestingly, just a few months after their split, Sarah was spotted with the Oscar-winning star, Leonardo DiCaprio. Onlookers spotted them eating dinner with a bunch of friends. Rumors have it, they reportedly hooked up, and knowing Leo, it isn’t entirely out of question.

Smith, 21, also dated Odessa Adlon, daughter of Pamela Adlon. The two sparked rumors back in 2018 when he went to her prom as her date. They dated for around a year before going their separate ways.

At the time, a source told that Jaden reportedly kissed a girl, who wasn’t Odessa, subsequently, giving out the message, they are no longer an item.

It all started when, out of nowhere, at the 2018 Camp Flog Gnaw Carnival, Jaden Smith shouted at Tyler, The Creator, and said,

The crowd was dumbfounded by his statement with Tyler, The Creator nodding his head, ‘no,’ and smiling. And just after seemingly coming out of the closet, Jaden also tweeted about it, further solidifying his sexuality.

All of us were in awe of their supposed relationship but it all ended after Tyler responded and said Jaden is just trolling. In January 2020, Jaden also congratulated his alleged boyfriend Tyler after he won Grammy for Igor. In the tweet, he said, ‘‘My Boyfriend Just Won a Grammy.”

Besides, Jaden’s appearance with the blond lady casts more shadow on his sexuality. Well, only time will tell about that!