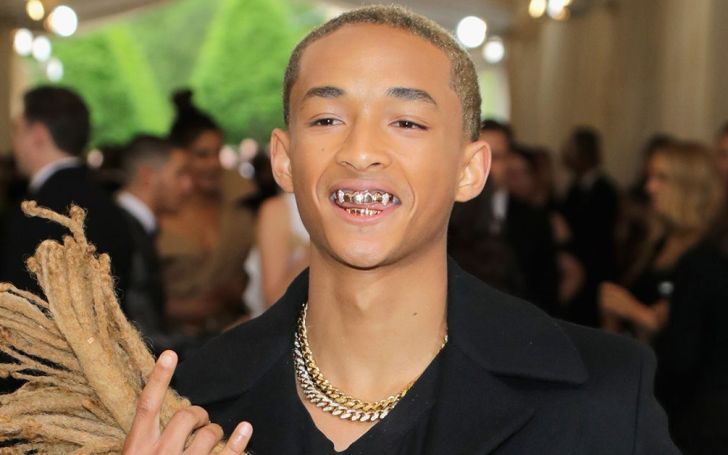 Being a celebrity kid, he has had an affluent upbringing and now he himself made a big in the entertainment industry. Today let’s talk about his family & personal life, and his fortune.

Jaden Smith is the second child of Will Smith as he already shares a son, Willard Carroll “Trey” Smith III with his ex-wife, Sheree Zampino. The Bad Boys actor and Zampino divorced in 1995 after marrying in 1992.

Despite being half-siblings, Jaden shares a deep bond with his elder brother, Trey, who is an actor. All things considered, there aren’t many people who have a relationship quite like the Smith Family. Trey is like one of those dotting big brother who takes care of his siblings. In addition, he is also close to Jaden’s mom, Jada Pinkett.

Meanwhile, Jaden has one baby sister, Willow Smith. Just like him, she is also into music and till now, released several albums. Her famous songs are Wait a Minute, Everything Stays, and Why Don’t You Cry.

For the greater part of his life, Jaden was homeschooled by his parents. Before homeschooling, he attended, the now-defunct, New Village Leadership Academy. His mom and dad founded the school back in 2008 and it closed in 2013.

Jaden Had Difficulty Adjusting to the Celebrity Life

There are plenty of star kids who enjoys their celeb status and would give up anything to be born again as a celebrity, but Jaden was an exception. Growing up, Jaden wanted a normal childhood, something he couldn’t afford due to his parent’s fame.

In an interview with Dazed, Jaden went on lengths explaining how his celeb status refrained him from living a normal life as a kid. He explained,

This is why Jaden found solace in skateboarding and blended straight into the scene. According to him, whenever he goes skateboarding, people for five-minutes say, ‘Oh its Jaden Smith,’ but afterward, he is just another skater.

Jaden started out as an actor and made his professional debut in the award-winning film, The Pursuit of Happyness alongside his father, Will in 2006. He won the Breakthrough Performance at the 2007 MTV Movie Awards for the role.

Till now, he appeared in five movies and after taking a hiatus because of his rapping commitments, he is set to make his return with the sequel to the 2010 movie, The Karate Kid alongside, Jackie Chan.

Besides acting, he also shined in the music industry. He debuted with a mixtape back in 2012 titled, The Cool Cafe. He has two discographies until now, Syre (2017) and Erys (2019).

In 2020, the youngster appeared in Justin Bieber: Seasons, a docu-series and Impractical Jokers: The Movie.

What is Jaden Smith Net Worth?

From his successful career so far, Jaden accumulated a net worth of $8 million. Given his resume and talent, we can see exponential growth in his fortune in the near future.

Does Jaden Smith have Tattoos? Has he Inked Himself Yet?

Being a rapper, it’s like a formality or something to ink a tattoo in your body, though there are many who exempted themselves from these unwritten rules.

Naturally, fans were curious if Jaden has followed this rule and inked himself. Well, back in 2019, he surprised his fans by sharing a picture of his face with a tattoo. He had the name of his discography, Erys under his left eye, and a straight & triangle like-figure under his right cheeks.

But later on, it was found, the tatts were just drawings and not permanent. He just imagined himself with them. Soon after, he removed the picture from his social media handle.

In addition, he also rocked the internet when a picture of him surfaced with a Drake tattoo on his left chest. At the time, many thought he inked the Canadian rapper’s face but it was a fake, after all. It seems Jaden doesn’t have any real tattoos yet.

Jaden Smith’s Vegetarian Diet and Health Issues: Is he a Vegan?

In late 2019, during one of the episodes of ‘Red Table Talk,’ Jaden’s parents, Will and Jada vividly talked about his health condition and staged an intervention on his diet.

According to them, his diet was affecting him as his health was deteriorating. They said, “he just looked drained” and his body lacks essential nutrients.

Since 2018, Jaden followed a strict vegetarian diet and had an inconsistent eating habit. Sometimes he would eat two times and sometimes one big meal the whole day. After the episode, Jaden had some bad moments in the public. He stated, “After the last episode, I walk in the street, and people are like, ‘Oh my God’ — they’re like, ‘Are you sick? Like, can I pick you up? Can I get you some water?”

Jaden then had a health test conducted after three months when the result came, Will gave him a pep talk. The full episode was filmed and featured Dr. Mark Hyman and Mona Sharma, Will Smith’s wellness coach.

When Jaden revealed he faces stomach issues frequently, Hyman mentioned it is because he is sensitive to Dairy and Gluten. Likewise, as Jaden’s diet doesn’t contain fish or meat, the B12, Omega-3, and Vitamin-D levels dropped significantly.

What is Jaden Smith Doing Now?

Recently, his collaboration with Levi’s and Hailey Beiber announced some exciting news. Their new line-up Kid Cudi is all about developing sustainable clothing.

We’ve all seen Jaden transform over the years from a jolly little kid to an unapologetic youth who likes doing what he wants. Unlike many other star kids who fall in the limbo of remaining under their parents, Jaden here is an exception.

His career as a rapper is blossoming and not only that he has planned to become an inventor as well. In 2019, he told Complex he is following in the footsteps of his idol Elon Musk and wants to make a change.

They were planning to promote the new line-up among the youths but due to the Coronavirus pandemic, it got postponed.

As a celebrity kid, Jaden Smith’s dating is always a subject of curiosity for everyone. Taking in all the evidence, Jaden seems to be single but his recent outing with a mysterious lady raised many eyebrows.

Amid the lockdown in California, due to Coronavirus, Jaden was spotted with a cute blonde as they hit the beach in Malibu, for a surf. As to who is the girl, there aren’t many answers, yet. Maybe she is just his friend or perhaps, they are hooking-up, no one knows.

Previously, Jaden dated two high profile celebrities. From 2015 to 2017, he was in a relationship with the model, Sarah Snyder. During the tenure of their relationship, they quickly became a fan favorite.

Unfortunately, the relationship couldn’t last long and they decided to break-up after they started growing apart. Jaden broke-up with her in 2107.

Later on,  the 21-year-old went out with Odessa Adlon. They were in a relationship for a few months before calling it quits.

Furthermore, Jaden attracted huge media attention for his alleged relationship with a supposed boyfriend Tyler, The Creator. It also emerged rumors about his sexuality. However, Smith has yet to make any confirmation about it.