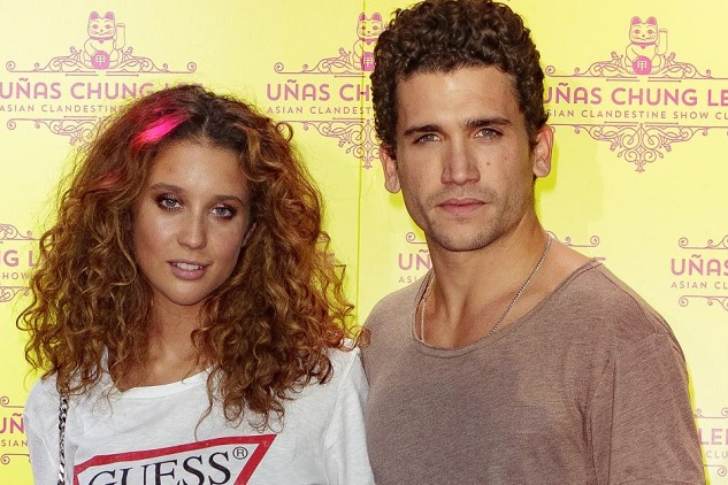 As for his love life, Jaime was in a relationship with his then-girlfriend María Pedraza, a former Money Heist actress for a few years now. But, as of 2021, who is Jaime Lorent’s girlfriend?

Let’s know everything about his love life from the past love story with Maria to his current relationship status!

Who is Jaime Lorente Girlfriend in 2021?

For the past few months, Lorente has kept all the details regarding his love life quite private. Due to his tendency of keeping things grounded, it becomes hard to find out whether the actor is dating a girlfriend or not.

In fact, Lorente was in a committed relationship with his former gf Maria in the past. We are going to talk about their previous romance in detail in the following sections.

Jaime Lorente Relationship With His Ex-GF Maria Pedraza: When did they First Meet?

Jaime Lorente first met his then future-girlfriend, Maria Pedraza, on the set of Money Heist (also known as La Casa de Papel) in 2017. It is quite clear they first got acquainted in 2017 as they both scored the roles on the show in the same year.

The two also filmed the high school drama, Elite. On 21st January 2018, Maria shared a picture on her Insta with her Elite co-stars including her then-boyfriend Jaime. 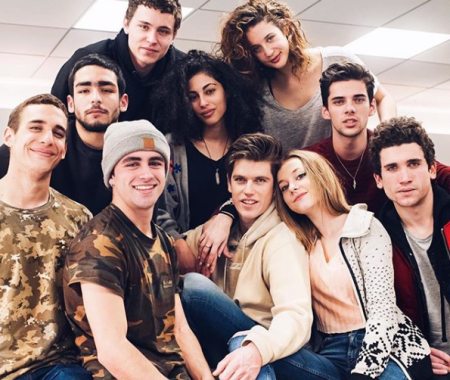 Jaime Lorente Began Dating Maria Pedraza in 2018: Had Jamie Ever Planned to make Maria His wife?

Although Jaime and Maria came across in 2017, they wouldn’t start dating until 2018. The actor said,

Typically, we would have fallen in love during filming, but it was not like that. We started dating quite a bit later

The two were unstoppable since then and used to fluent their undeniable romance on various occasions on their respective social media handles.

Despite their immense love for each other, they never talked about their plan to tie the knot.

They have already worked together on a few projects including Money Heist and Elite. The love birds appeared in the hit show Money Heist alongside, Úrsula Corberó and Álvaro Morte. In the show, Jaime’s character falls in love with Pedraza’s character.

Spoiler Alert: Maria’s character was killed off in the second season of the show. She played Alison Parker, a schoolgirl to the British ambassador on the show. Maria played the role of hostage in Seasons 1 and 2 of the show.

They also featured as lovers in the hit high school drama series Elite in 2018. The two embarked on a steamy romance on the show where Maria’s portrayal Marina had a dangerous fling with Jaime’s character, Nano.

Besides their roles on the small screen, the celebrity couple also reunited in a movie ¿A quién te llevarías a una isla desierta? (Who Would You Take to a Deserted Island?) in 2019.

Jaime played Marcos while Maria appeared as Marta in the project.

If you aren’t familiar with the Spanish entertainment world, then surely her name doesn’t ring any bell. Let us tell you. Maria was born on  January 26, 1996. She is the second child of her mom and dad. She has a sister named Celia Pedraza.

The beautiful actress, so far, has been nominated for several awards for her performance in different shows and movies. She stands at a height of 5ft 4 in/ 163 cm and belongs to the Hispanic ethnicity.

The Couple Was Fond of Motorcycle Riding

The duo, who had been together since 2018 seemed very much in love with each other at the time.

Lorente and his bae Maria both were fond of motorcycle riding. In Feb 2020, the two were on their motorcycle trip to Madrid.  There, the couple was also spotted having ice cream in the winter sun of Madrid.

Relationship Goals: Traveled the Globe Together

Jaime and his then-girlfriend Maria traveled to several places together around the world. The exes frequently shared their beautiful pictures from many world’s exotic destinations on their social media.

On 10th July 2019, the actress posted a photo with her beau in the honor of their trip to Milan. If you once visit Jaime’s Insta, you would see a number of adventure pictures captured from all over Europe.

They Are Also Cat Lovers

The ex-couple is an avid animal lover. Maria is a proud mother of two fantastic cats named Chambi & Garfi. She has posted numerous images with her cute felines on her Instagram. She even created their Instagram account which has boasted over 20k followers.

Her ex-boyfriend Jaime also has named his cat Chambi. Like Maria, his Instagram is also flooded with full of his pet’s pictures.

Who is Jaime Lorente Dating in 2021? Girlfriend, Parents, Education