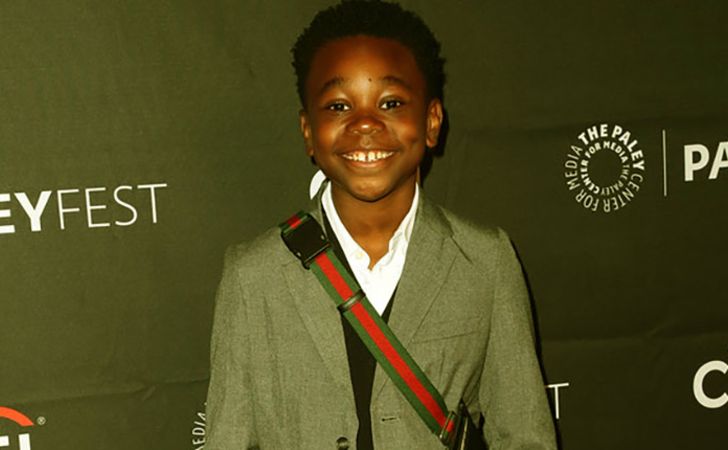 Jalyn Hall is an actor who achieved fame at a decently early age. He is primarily recognized for his role in the CW series All American. Just at the age of 12, Hall has been a part of quite a few projects and has made a strong grip as an actor.

Well, with all the recognization that he has achieved, his fans are already curious to know about his life beyond the camera.

Anyway, here we have brought to you all the details about his movies, TV works, parents, earnings, and a lot more. We will also try to find out if he is dating anyone at present.

He has three siblings, two sisters Jade and Cassie, and an older brother Cassie. Like any sibling, he shares a good bond with both his sisters and brother. In fact, they often appear together on their respective social media posts.

Like Jalyn, his older brother is pretty active on social media with over 4k followers on his Instagram, where he goes by _sanchez92.

He Is Very Close to His Parents

Jalyn Hall shares a great relationship with both his father and mother Imy Hall. In fact, the actor never hesitates to share pictures of his parents on his social media.

On January 14, 2019, Hall posted a beautiful photo from his childhood with his mother on his Instagram. In the caption, he wrote, “My mom @imymamcgowan is my everything 🙏🏾❤️.” Check out the post here,

Needless to say, the post pretty clearly tells the kind of relationship he shares with his mother.

Moreover, he not only has a great bonding with his mom but with his father as well. The 14 years old never forgets to share beautiful events with his dad. On the occasion of father’s day on June 22, he made a beautiful post where he wrote “Happy Father’s Day to my dad Love you dad 💙.”

On the whole, Jalyn leads quite an interesting life with his parents and siblings.

Just at the age of 14, Jalyn has been a part of a few movies and TV series. While he is primarily known for his work in All American, he has also made a few other appearances.

In 2020, he also played in the Netflix film All Day and a Night. In the film, he played the younger version of the lead character Jahkor Abraham Lincoln, played by Ashton Sanders.

Jalyn Hall Is a Series Regular in All American

Hall is a pivotal character in the CW sports series, All American. Starting up with a guest appearance in the pilot episode, he was soon finalized as one of the leads right in the first season of the series.

He plays the character named Dillon James, the younger brother of Spencer Jame, played by Daniel Ezra in the series.

He Is Shooting For The Season 3 of All American

As of 2022, Hall is already shooting for season 3 of All American. On October 7, he made a video post on his Instagram from the sets of All American, where he mentioned the wrap for the shoot day.

Is He Single Or Dating a Girlfriend?

As of 2022, Hall is single. Well, he is just 14 years of age, and too young to have any girlfriend. Rather, it looks like, he is more focused on his career and studies.

Anyway, we hope, he opens up about his love affair as soon as he finds a girl in his life.

His Mother Handels His Social Media

As of 2022, he has around 315k followers on his officially verified account that goes by the name @jalynemilhall.

As for a fact, his mom takes care of his Instagram.