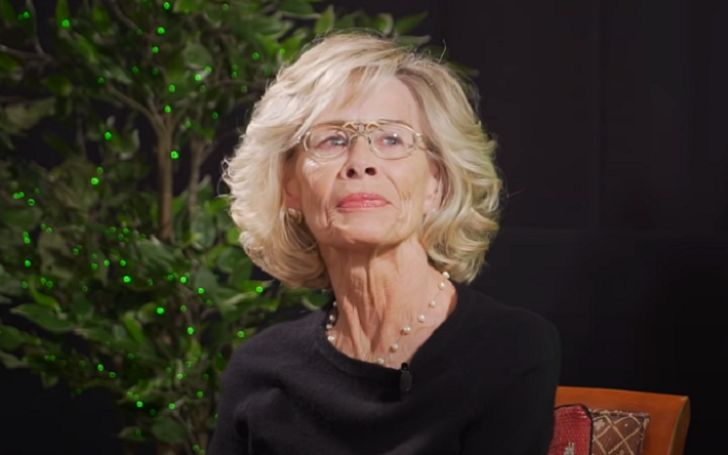 Janet Surtees (aka Janet Surtees Arness) is the widow of the late Hollywood icon James Arness. Her late hubby gained tremendous popularity following his enduring role of Marshal Matt Dillon in the cult hit CBS TV series Gunsmoke. The couple had started dating a year before the end of the drama series.

They were in a blissful marital relationship until James died in 2011. Aside from their long-lasting marriage, many people want to know if Janet and her late husband James shared any biological children. So, we are here to reveal the secret of their blissful marriage and information regarding their kids.

Who are Her Parents? Janet Surtees Date of Birth

Surtees’ father was a pilot, but the information about her mother is out of the media. She has a brother who also worked as a pilot in the past.

Moving towards her birth details, Janet was born on February 15, 1947, in the United States of America. She holds an American nationality and belongs to Caucasian ethnicity.

Inside the marriage of Janet and Husband James Arness

The couple tied the knot in 1978 in a private wedding ceremony. They led a happily married life since their nuptials, supporting each other through thick and thin until the actor’s passing in 2011.

Despite their long-time marriage, the two remained low-profile about their love life throughout their relationship. They used to make sporadic public appearances.

One of their rare outings was their joint appearance during a signing of James’ book James Arness: An Autobiography in 2001 in Los Angeles.

How Did They First Meet? The Couple Started Dating Three Months After They Met

Janet used to work on James Arness’s makeup artist Glen Alden‘s wife’s shop, which was located in Tujunga Avenue. She spent around six years working in the shop. It was there Janet met her future husband.

Glen’s wife used to talk about James’ adventures and his fantastic roles in both movies and TV shows, especially on CBS drama Gunsmoke. But, Surtees was unknown about James’ successful Hollywood career at the time. One day, the actor himself came over for dinner where Janet was working, and the two had their first-ever encounter.

After a few days, they went to Red Ridge Meadows, Mammoth Lakes. The two had a lot of fun there. The actor rented horses for the couple. They both were avid skiers too.

After spending some quality time together, they came back home, and James told his future wife he was going to Alaska and would call her only after his return from there.

But, Janet revealed that the actor didn’t call her for around a couple of months. Eventually, after three months gone, James called her, and the couple went for dinner. They subsequently started dating and dated for around four years before they got married.

Did they share any children? Janet Has a Son From Her Previous Relationship

No, the duo didn’t have any biological children. But, both James and Janet had kids from their previous relationships. Surtees has a son from her past love affair. However, the details of her son’s biological father are still missing. Besides, Janet’s son was a big fan of Gunsmoke.

On the other side, James had two children; a son Rolf (born February 18, 1952), and a daughter Jenny Lee Arness (b May 23, 1950) from his first marriage to Virginia Chapman. Their son Rolf was the 1970 World Surfing Championship winner. Sadly, their daughter Jenny died of a drug overdose in 1975.

One of the greatest actors, James, passed away on 3rd June 2011. He was 88-year-old at the time of his demise. He died of natural causes in his Brentwood home in Los Angeles.

His body was buried at Forest Lawn Memorial Park in Glendale, California.

What is Janet Surtees doing after her husband’s demise?

She is currently into charity works. Like her late hubby, Surtees has the same passion for humanity. She supports the United Cerebral Palsy Research and Education Foundation.

Take a Look at Her Net Worth

Janet’s estimated wealth is $1 million. She currently resides in Los Angeles. The average median price of a home in the city is $650,000.

On the other hand, her late husband, James, had a net worth of $8 million at his death. He mainly earned his wealth from his acting career. He began his acting career by working in the movie The Farmer’s Daughter in 1974.

The actor rose to stardom after his fan-favorite role in the acclaimed TV series Gunsmoke. He worked in the series from 1955-75. He also appeared in five made-for-television Gunsmoke movies.