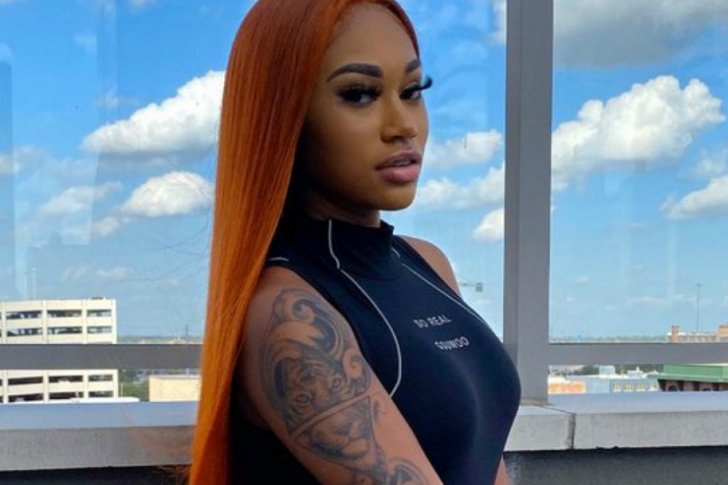 Who is Jania Meshell? Her Wiki & Other Intricate Details

Jania Meshell was born on 11th January 2000, in Houston, Texas, in the United States. She holds an American nationality and is from a mixed ethnic background. Her paternal grandmother was white, her dad is half black & half white, and her mom is black.

While most of her family details are still out of the media, Jania disclosed her relationship with her father in one of her YouTube videos, titled “MY DAD DOESN’T LOVE ME….” She explained the relationship between the daughter and a father was never good,

“Me and my dad never really had like a close relationship.”

Meshell grew up in Houston and also did her schooling there. At the age of 10, Janie became a cheerleader at her high school. She also participated in High School Volleyball.

Besides, Meshell doesn’t speak any languages except English but is keen on learning Japanese and Spanish.

Jania first kick-started her career as a model at 14. At first, she appeared on various brands and commercial ads. In 2018, Meshell was pictured at XXL magazine’s Freshmen Class campaign.

Jania has now established herself as one of the prominent social media stars. Additionally, Meshell has a decent fan following on her eponymous YouTube channel. She created the channel on Oct 19, 2018.

On the other side, Jania also runs her own beauty line called JaniaMeshellco which has over 72.5k Instagram followers. It consists of eyelashes, hair shampoo, lip gloss, and other cosmetic items.

Is NBA Youngboy’s baby mama: Raises Her son as a single mom

Jania Meshell is a single mother to a son, Kacey Alexander Gaulden whom she shares with her ex-boyfriend NBA YoungBoy.

Neither Jania nor Youngboy revealed when the two first met and started dating, but, sources suggest that the couple broke up while Meshell was still pregnant with their first child.

Their relationship made a series of headlines after a video surfaced in which the rapper’s body slammed his girlfriend in a hotel hallway. The video went viral in Feb 2018.  Just a mere hours later, he got caught on the surveillance, and authorities arrested Youngboy for kidnapping and other alleged crimes in Tallahassee.

In Dec 2019, the artist was released on the plea deal and given a 12-month probation term, as per TMZ.

Meshell is now in an on-and-off relationship with Devin Haney, a professional boxer. The two have been together since early 2021.

Prior to Devin, the model previously dated Dejounte Murray, a professional basketball player. The dating rumors went viral after their frequent public appearance back in 2019. The two also appeared together on several occasions.

Meshell further attracted attention after came up with a secret tattoo in Dec 2019. She first revealed it on her Youtube channel. The tattoo Jania has inscribed on her right shoulder allegedly features the name of her boyfriend, Dejounte.

The 20-year-old also has gotten several tattoos on her body. So far, she has inked on her right upper thigh, left upper arm, and left shoulder too.

Sometime’s there is no “support system”….. it’s just you & your grind 🏆. Outfit AD @fashionnova FashionnovaPartner

In 2019, the social media star underwent breast surgery. She also previously had butt surgery too. Jania once mentioned that while undergoing breast surgery, she nearly died due to complications and carelessness by the doctors.

Jania Meshell Boyfriends, Career, & Tattoos: Every Fact You Are Looking For

Who is Dejounte Murray Girlfriend? Reportedly Tattooed His Name