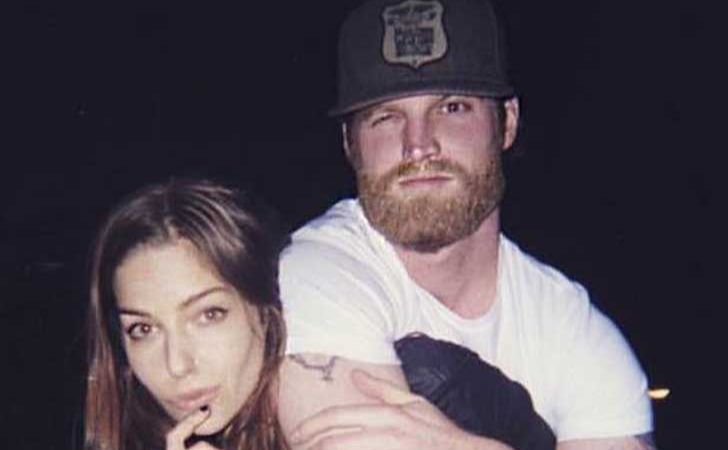 Canadian actor, screenwriter, and producer, Jared Keeso, rose to prominence after he started working in the comedy series, Letterkenny. His role in the comedy show made him one of the most loved Canadian stars within a couple of years. With the rise in his popularity, many of his fans are now curious to learn about his personal life. There are many wanting to know about Jared Keeso’s wife.

In the meantime, the 36-year-old actor remains relatively private about his love life. Furthermore, Keeso doesn’t really indulge in using social media often, which has made his personal life really mysterious.

Today, we’ve brought some exclusive details on the Canadian actor’s love life. And here we’ll also figure out who Jared Keeso’s wife is.

Jared is a Married Man

The 36-year-old Canadian star, Jared Keeso, is reportedly married. Even though the Letterkenny star hasn’t talked about his marriage or his wife in the media, we’ve come to know that Keeso lives a peaceful married life with his spouse.

According to some online sources, Jared Keeso is married to Magali Brunelle since July 2018. The source revealed Keeso and Brunelle exchanged vows on the 4th of July in a privately organized wedding, attended by family and limited friends.

As per their reported wedding date, the ecstatic husband-and-wife has been leading their conjugal life for over two years. The duo has rarely made appearances on public functions and shows. The pair is yet to spill the beans on their conjugal life.

Furthermore, they haven’s showcased their relationship on their social media. Jared Keeso’s wife, Magali, has set her Instagram to private while she hasn’t been active on Twitter since 2017. So, as of now, it is quite complicated to tell about their married life. But, we hope, Jared and Magali share much more about their private life in the coming days.

They Have Been Together for Nearly a Decade

Jared Keeso and Magali dated for years before they decided to tie the knot. There is no information on the exact date when they started seeing each other but, if the online sources are to be believed, Keeso and Magali started going out in the mid-2010s.

Who is Jared Keeso Wife?

There are not many details on Keeso’s wife, Magali Brunelle, as she has maintained her life under the media radar. Nevertheless, we have found something about her. Magali is a Canadian born woman who is a lawyer by profession. As per her Facebook profile, Magali celebrates her birthday on the 10th of April.

The Montreal, Quebec native, Magali, works as a lawyer in a Canadian software company based in Quebec named Coveo. Besides, she is a member of the Canadian law/lawyer firm, Fasken.

Talking about her social media engagement, Magali is active on Facebook, Twitter, and Instagram, however, she has shared pretty little about her lifestyle on these platforms. Further, she doesn’t indulge in using Facebook as often as she used to before she started dating her current husband, Keeso.

Fact: Jared Keeso’s wife, Magali Brunelle, is bilingual. She is fluent in English and French.

Well, many of Keeso’s fans wonder if the actor fathers any children with his better half, Magali. The Letterkenny star’s secretive nature regarding his private life has made his followers speculate he might have kids with his spouse. But, the lovebirds don’t share any offsprings as of yet.

Further, they don’t seem to be in a hurry to start a family, keeping their career aside. They might want to work on their respective career for a couple of more years before they consider to be parents.