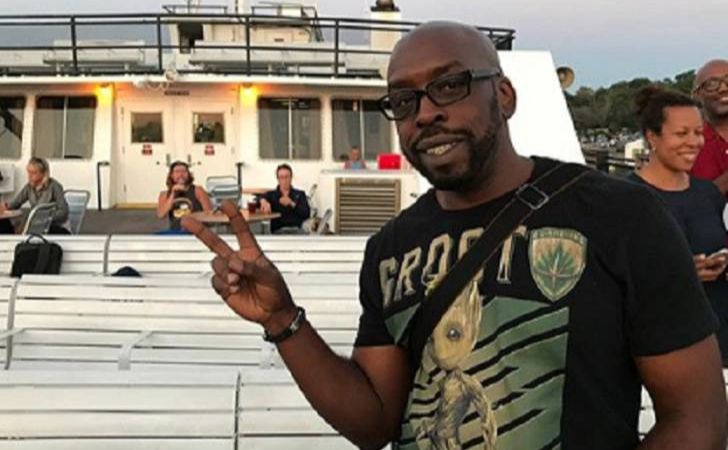 Jason Reid is one of the successful film editors who co-founded the production company called ImageLab Media Group along with his wife Joy Reid. His wife Joy is a versatile media personality who has played various roles from television host, correspondent to the commentator in the journalism field.

The couple has been married for years now. Let’s know how many children does the couple share?

The article also includes Jason’s education, career, net worth, and other interesting facts.

Reid was born in the United States of America. He celebrates his birthday on 3rd October. He is an American as per his nationality and belongs to mixed ethnicity.

Talking about his education, Jason attended the School of Visual Arts, an art and design college in Manhattan. He later obtained a bachelor’s degree in film and video production.

Is a Former Senior Editor at Discovery Channel

He spent over 12 years at Discovery, editing various TV shows and network promos.

Jason Spent a Year at NBC

In Jan 2012, Jason joined Peacock Productions, a division of NBC as a freelance editor. Peacock produces several programs for NBC News. He left the production in Jan 2013.

Jason Reid Married Joy in Early 1997: When They First Met?

Jason Reid and wife Joy Reid exchanged their vows on 27th Feb 1997. It’s been over 24-year since they are married, but the couple still looks much stronger than ever.

The two first came across at the School of Visual Arts, in Manhattan. It all happened when Joy moved to New York after her graduation in 1991 and started working at the school. They are together ever since.

They are Proud Parents of Three Children

Joy Ried gave birth to their first child, a daughter Winsome Ried before their wedding on 29th April 1995. Their eldest child loves to draw.

The couple welcomed their second child, a son Jmar Reid on 15th June 1997. The youngest son Miles Ried was born on 22nd October 1999.

Proud mom Joy often shares beautiful pictures of her children on Instagram. She also celebrated Miles’ 20th birthday by sharing some rare childhood photos of her boy on Insta.

In late 2016, Joy Ried stepped out with her daughter and middle son Jmar to attend the White House Christmas party. They also met former President Barack Obama on the occasion.

Jason along with his family currently resides in Pembroke Pines, Florida.

Their Middle Son Jmar Reid is an Actor

Jmar Reid is one of the emerging talents in the entertainment world. The 6 ft 2 in tall young boy attended The New School, Eugene Lang, and studied theatre and creative writing. He appeared in several school plays, musicals, and films at the time.

In addition, he also appeared on the TV show MTV TRL Live Revival.

Net Worth of Jason Ried

Jason Ried has earned a considerable fortune from his career as an editor. Sources suggest that Ried has a net worth of $500,000 as of 2021. On the other side, his spouse Joy possesses $1.5 million net worth.

Several reports say that Joy’s husband Jason produced Dirtbag: The Legend of Fred Beckey. However, it is pure coincidence that the man who actually produced the award-winning project is someone else with a similar name.

Here’s a picture of the other Jason Ried for more clarity.

Many tabloids have mistaken Jason with this guy because of their similar names. But now you know, who is who?