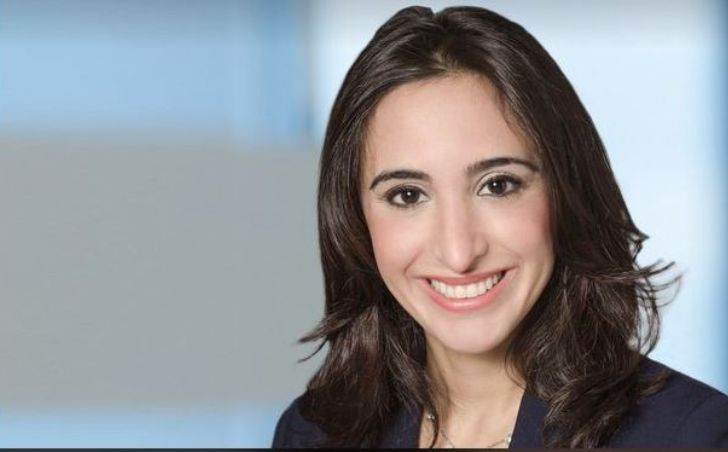 Christi Pirro, professionally, Christine Pirro Schwarzman is a bankruptcy attorney who is better known as the daughter of Jeanine Pirro, a former judge and once the host of the Fox News show, Justice with Judge Jeanine. Jeanine’s daughter, Christi built her resume at a practice at Kirkland representing debtors in out-of-court restructurings, Chapter 11 cases, and distressed acquisitions.

Jeanine and her former spouse’s daughter, Christi also advise boards of directors and senior management of distressed companies regarding fiduciary duties and corporate governance. Scroll down to keep learning more about her; her ancestry, her relationship with her mother, her own marital facts, and beyond.

Christi Pirro Is Half Lebanese

Christi’s maternal grandparents were immigrants of Lebanese roots who were also Maronite Catholics. Judge Jeanine’s daughter, Cristine, who goes by the nickname Kiki, was born June 23, 1985. Her maternal grandmother and Jeanine Pirro’s mother, Esther Ferris, died of pancreatic cancer at 90 and had been a longtime resident of Elmira, New York.

Christi’s grandmother, Ferris was a Pink Lady at St. Joseph’s Hospital and in the Women’s Auxiliary at the Arnot Art Museum in Elmira.

Christi’s parents and the former couple, Albert Pirro and Jeanine Pirro, real name, Jeanine Ferri Pirro, married in 1975. They met each other at Albany Law School. When together, Jeanine and Albert welcomed two children Christi and her brother, Alexander.

Daily Entertainment News reports the co-host of The Today Show and her ex-husband split up in 2007 and divorced six years later in 2013.

They apparently broke up after Christi’s father, Pirro had an affair with paralegal Jessica Hutchinson while she worked at a Florida Firm. Their nine-month affair also produced a daughter Jaclyn Marciano.

Well, Christi Pirro’s father, Albert Pirro has a bit of a troubled history. The father of Jeanine’s children, Albert Pirro once an associate of President Trump, was a respected real estate lawyer and lobbyist. His reputation, however, went down the drain in 2000.

Albert has also spent more than a year behind bars, after the court found him guilty of four counts of tax evasion, 28 counts of filing a false tax return, and one count of conspiracy. He reportedly hid $1 million in personal expenses, which probably covered the two Mercedes he gifted Jeanine with, his Ferrari, and expensive wine.

With the money, he also bought furniture to decorate his and his ex-wife’s vacation home as well as electronic gates for one or several of their homes. In 2012, Albert went to jail for the second time; he at the time grabbed a lady’s wrist before viciously shaking her.

As for Christi’s mother, Jeanine, she currently seems to be without a husband or a partner. However, back in April 2019 reports had it the host Jeanine Pirro had an affair with a Texas cop, Cody Cazalas, who probed the late killer, Robert Durst’s case.

Christi’s brother, Alexander who was born on March 23, 1989, like his sister, also lives in the New York City area. Alex too followed in his parents’ and sister’s footsteps. The younger brother of Christi also attended law school.

As per his Linkedin profile, Alex attended Fordham University School of Law in 2011 and 2012. Apparently, however, it does not appear that Christi’s brother finished law school. Sources report Alexander Pirro rather decided to pursue business.

For that, he reportedly attended the New York University Stern School of Business. Alex, whose age is now 33, focused on Finance and graduated in 2011, according to his Linkedin.

Further, his mother, Jeanine, 2008, told Westchester Magazine Alex had also studied abroad at the London School of Economics as part of a program through NYU. Christi’s younger brother, Alex has been working with the Macquarie Group since November of 2016, again says his Linkedin page. Alex is the company’s Vice President and specializes in commercial real estate lending.

Christi Pirro is married to Zak Schwarzman. Pirro and Schwarzman tied the knot in a ceremony off the coast of Maine on August 19, 2017. The couple had their wedding on House Island, which is a private island in Portland Harbor. The bride and the groom requested Cristi’s mom, Jeanine, join them to perform an “official” ceremony.

Guests had only boats as a means of transport. The acquisition negotiator, Christi’s husband, Zak, is originally from Greenwich, Connecticut.

He apparently is a partner at a company in New York called MetaProp NYC. The firm invests in start-up companies and real estate technology.

Christi Career In Detail; All The Firms She Has Worked For

According to her bio on the Kirkland & Ellis law firm website, Jeanine’s daughter, Cristi earned her law degree at the University of Pennsylvania Law School in 2010.

The following year in 20100, she became licensed to practice law in New York. Christi in the meantime also obtained a Certificate in Business Economics and Public Policy from Wharton during that time period.

In addition, she also represents distressed borrowers, and investors, including private equity sponsors, in connection with out-of-court restructurings and chapter 11 cases. The ex-law student also advises boards of directors and senior management of distressed companies with respect to fiduciary duties and corporate governance.

So far, she has represented some of the most well-known debtors in the world.

Her notable achievements include being named “40 Under 40” by both the American Bankruptcy Institute and Global Restructuring Review, “Insolvency and Restructuring Lawyer of the Year” by Women in Business Law, a “Rising Star” by Private Debtor Investor, and a “Top U.S.A. Dealmaker” by the Global M&A Network.

She Worked As A Law Clerk In The Past

Prior to joining Ropes & Gray, Christi was an employee for Chief Judge Gonzalez of the Southern District of New York as the law clerk. She served there for a year and a half. Soon after that, she worked for nearly three years as an Associate at the law firm of Weil, Gotshal, and Manges.

Then in 2014, the former Westchester County district attorney’s daughter began working at Kirkland & Ellis. Three years later, Cristine became the company’s partner in October of 2017 in the Restructuring Division.

Following that, she joined the restructuring group of another preeminent New York law firm. Christi has also been a member of the SDNY Local Rules Committee to Revise the Local Bankruptcy Rules. In like manner, she had also served as a board member of the International Women in Restructuring Confederation.

Is Christi Pirro On Social Media?

While Christi is evidently non-public on Instagram, she was moderately active on Facebook albeit only up until mid-2017. Pirro’s now mostly inactive Facebook includes some pictures of her wedding, her partner, Zak, some of her hangouts flashes, and others.

On the Instagram front, Christi, at times, nonetheless gets mentioned by her reality star mother be it wishing her birthdays or sharing her daughter and son’s TBTs.

How Rich Is Christi Pirro’s Mother, Jeanine Pirro; What Is Her Net Worth?

Christi’s mother, Jeanine being a Fox person has been a celebrity for decades or so. And the faces of Fox have been in the headlines for their controversial takes on virtually every issue in addition to their million-dollar salaries and likewise wealth.

Having her own show, Christi’s mother, Jennine in some manner was bound to be a millionaire. Her net worth of over $ 15 million with a salary of about $5million a year makes her one of the highest earners on Fox.