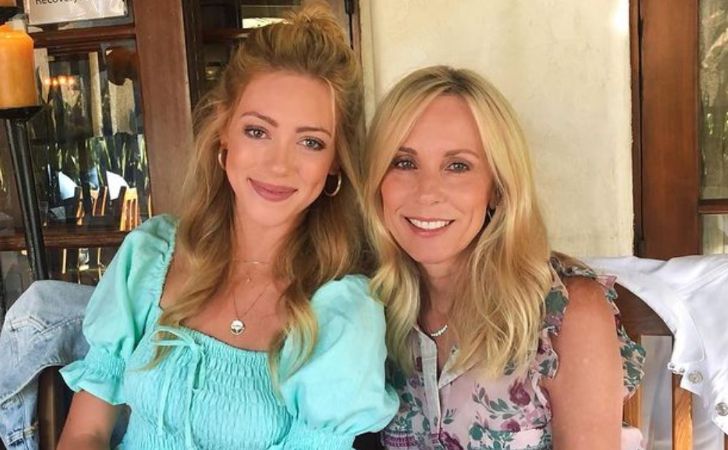 There are just a lucky few who are in the limelight because of the person they are attached to. Well, the same is the case for Stacy Hornacek, who is famous as the wife of Jeff Hornacek. Her husband is a former professional basketball coach and player. At present, he is an assistant coach for the Houston Rockets of the National Basketball Association.

Stacy Hornacek is married to her husband for years now. From their marital relationship, she is also a mother of three kids, which also includes her daughter Abby, who is a successful journalist and host for Fox Nation.

Well, here, we have brought to you some untold facts about her career, relationship, and a lot more.

As we mentioned, Stacy is the wife of Jeff Hornacek. They got married on June 7, 1986, in a beautiful wedding ceremony. It has been over 36 years since they tied the knot and their relationship seems as strong as ever.

But when did they first meet? Well, the couple reportedly came across for the first time at Iowa State University, when they were still students. Unlike what most of us would expect, the couple did not fall in love instantly. In fact, Stacy declined Jeff’s invitation as he asked her out for the first time.

But as fate had it, she soon accepted his proposal after his consistent effort. It was after that, the two started spending time and eventually fell in love.

Stacy Hornacek Is A Mother Of Three Children

From her marital relationship, Stacy has three children. Her first child, Ryan Hornacek was born in 1989, whereas her second and third children, Tyler Hornacek and Abby Hornacek were born in 1990 and 1994 respectively.

Talking of her oldest child Ryan, he is an Analytical Lead for Google. As of now, he is married to his wife Casey and lives in Chicago. Likewise, her second child Tyler is a University of Southern California graduate. He is an Account Executive at USC Sports Properties.

Likewise, her daughter Abby is also a successful journalist and is recognized all across the world. She currently works for Fox Nation and has hosted shows like Fox and Friends, America Reports, Watters’ World, and numerous others.

She Is Very Close To Her Daughter

As a mother, Stacy shares a great relationship with all her kids. But when it comes to her daughter, their relationship seems a little special. She seems to spend a lot of time with Abby. In fact, she also accompanies her sometimes as she travels to different places because of her professional commitments.

Back in 2020, both Stacy and her husband Jeff accompanied their daughter to season 4 of PARK’D With Abby Hornacek. In fact, Abby even made a post on her Instagram stating how grateful she is to have a job that offers respect to her parents as well. Check out the post here.

Apart from this, she has also made several appearances together with Stacy and there are numerous photos of them together on Abby’s Instagram.

There is proper information about Stacy’s professional life but she reportedly has a huge love for writing. However, she, unfortunately, does not talk much about her love for writing in the public.

Also, she has not published any book so far but there is a high possibility that we might get to see her as an author someday.

Despite being the wife of a famous celebrity, Stacy is not on social media. So far, she has managed to keep her life away from scrutiny. Though she has not mentioned the reason behind her not being on socials but it looks like she does not enjoy the platform as much.