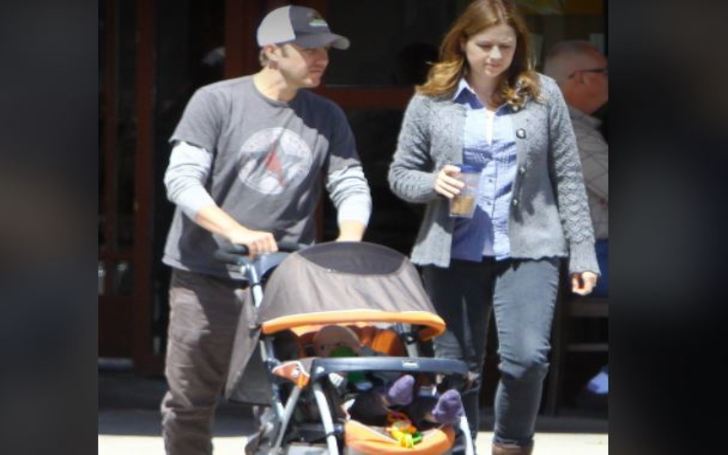 Weston Lee Kirk is the first child of The Office actress, Jenna Fischer and her director husband, Lee Kirk. Weston’s mother is known for playing Pam Beasley in the hit NBC sitcom The Office. His father is a writer and a director known for films like the Giant Mechanical Man (2012) and Ordinary World (2016).

Weston is another celebrity kid who has gained quite a momentum among people’s interests. It’s been a while since The Office finale premiered, but Fischer has still managed to be on the radar of the show’s fans. These days she is partly occupied raising her children and enjoying their shenanigans.

So, know the story behind her first child, Weston Lee Kirk; how big he has grown up, what was Fischer doing when she was pregnant with him; how his birth added to the actress and her husband.

What Is Weston Lee Kirk’s Ancestry

Fischer admits it was really easy for her when she was pregnant with her first child, Weston. She said the convenience even allowed her to keep filming while pregnant. After his birth, Weston’s actress mother, Jenna headed for her favorite pregnancy craving – Menchie’s frozen yogurt. She told People,

“After he was born, there is a picture of me eating Menchie’s [and] holding him.”

Fischer said she had a lot of macaroni and cheese when she was pregnant with Weston. She though is quite protective about her kids; the actress hasn’t shared much of her son’s pictures.

He Was In The Office

While it is unclear if the showrunners of the Office ever thought of crediting Jenna’s first son among its cast, Weston did have appearances in the mockumentary series though his body was covered by his mother’s belly.

Fischer found out she was pregnant with the couple’s first child while filming The Office season 8. Coincidentally, Pam Beesly and her husband, Jim Halpert (played by John Krasinski) were about to give birth to their second child during the very season.

Kirk’s wife said when they started shooting that episode, she had thought to herself, “If everything goes well, this is going to be a very, very convenient coincidence.”

So technically Weston’s journey into acting started when he wasn’t even born.

Much like his mother, Weston also loves Menchie’s. In an interview, The Office actress revealed how she used the Californian-made desert to lure her son to the delivery of his sister.

“We showed him the picture… and I said, ‘Mommy has to go to the hospital to get the baby out and you can come to visit me,” Jenna revealed what she said to her son right before heading to the hospital.

When Weston asked if she was going to have Menchie’s after taking out the baby, Jenna answered to her son, ‘That’s right… do you want to come to the hospital and have Menchie’s with me?’ To which, Kirk and Fischer’s son said “yes!”

Weston’s parents, Lee Kirk and Jenna Fischer married on July 3, 2010. The couple had their wedding in Malibu. They met at a film festival. Kirk and Jenna, however, started off their relationship while working together on the film The Giant Mechanical Man which the latter produced.

The writer and the actress admit they fell in love with each other whilst having weekly script dinners. Though for a while, they didn’t confess. Weston’s parents eventually got engaged on June 30, 2009, when they were on a European vacation, reports People.

Weston has a younger sister named Harper Marie Kirk. She was born on 25th May 2014. The couple has managed to balance work and family such that both get the required attention.

What A Normal Day Looks Like For Jenna And Kirk With Weston And His Sister?

In an interview following the release of her book, The Actor’s Life: A Survival Guide, Fischer described what a typical Sunday looks like in their household. The actress said, “Sundays still include coffee, doughnuts, and the newspaper…” The Blades of Glory star said she and her husband along with their kids usually start with “Dad” going to buy doughnuts with one or both kids in pajamas. She added they sort of call weekends pajama day and they like it.

West and his sister, Harper have inherited their mother’s sense of humor. A while ago, through her Instagram, the Office alum shared a rather hilarious incident that occurred between and her and her two kids.

The actress revealed, on Mother’s Day, 2019, her children brought her breakfast in bed but to her surprise and amusement billed her for it. Jenna posted the receipt on Instagram alongside a caption that read:

“They came to take my order. In the end, they gave me this bill. I’m dying laughing. They said ‘The New York Times is not always free, that’s just for Mother’s Day.”

Why Fischer Didn’t Have Nannies To Raise Weston

The Indiana-born actress was criticized a bit when she revealed she didn’t have any help raising her first son. She said she found it funny with people thinking that every [famous] woman has a driver and a chef and a personal trainer and a nanny.  She disclosed she didn’t have any of those things. The actress explained like other working moms, she was trying to figure out how to balance it all.

The Promotion star explained she didn’t want people to think somebody was looking after her baby every time she would jog or get out without her baby.

Jenna, though, confessed having steady work, health insurance, and a paycheck helped her a lot in raising Weston by herself.

Other Facts About Weston Lee Kirk: