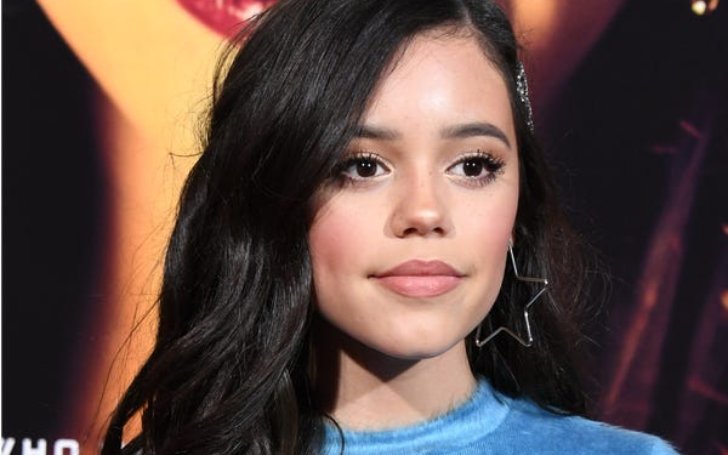 Many of us know Jenna as Harley Diaz from the series Stuck in the Middle. At such a young age, she is known throughout the United States if not the world. Her role on the Netflix thriller series You also brought her wide popularity.

Find out more about her parents, siblings, and Hispanic culture.

Who are Jenna Ortega Parents?

Both of Jenna Ortega’s mom and dad come from middle-class families. Her mother Natalie Ortega(nee Lopez), 46, serves as an emergency nurse amid rising cases of Covid-19 across the country.

Her father, Edward A Ortega, 48, has an associate degree. The family lives in Viento Dr, La Quinta.

The Ortega family is quite big as in total there are around 8 members. Their eldest child Maria Ortega is happily married to her husband and is also a mother of one kid. The other five of the family include Isaac, 22, Mia, 19, Jenna, 17, twins Aliyah, and Marcus 15.

All six of them share a strong bond. The actress’s mother usually shares a lot of Tbt pictures of her offsprings. Natalie posted a photo of Jenna after she graduated high school with a 4.0 GPA overall on her Insta in March. A proud moment for any parent isn’t it?!

Since the initial phase of her career, Jenna has been vocal about her mixed ethnic background. She is 75 percent Mexican and 25 percent Puerto Rican.

Her great-grandmother from her mother’s side immigrated to the United States from Sinaloa, Mexico with her four daughters. Furthermore, her maternal grandfather hailed from Puerto Rico and moved to New York with his family as a baby.

Meanwhile, her dad, Edward is 100 percent Mexican. His family moved to California many generations ago. However, he doesn’t speak Spanish due to the fact that it gradually died down in his family.

Jenna’s mom, Natalie taught all of her kids Spanish. She wanted her kids to be bilingual and so they learned both English and Spanish.

Likewise, the Ortega family still follows the age-old tradition of a Hispanic family. Jenna maintained in 2016 that up until now, she had a pinata for all of her birthdays.

In the entertainment field, if your surname matches another famous person then surely people will ask questions regarding your relation. And just like that Jenna’s fandom wants to know if she is related to Kenny Ortega.

For those of you who don’t know, Kenny is a renowned director who is famous for directing, Descendants.

Now to answer the question of Kenny and Jenna’s relationship, suffice to say, they are not related. There are no family tie-ups between the two.

Why is Jenna Ortega Famous?

The actress made her TV debut in 2012 with the series, Rob. Similarly, her mainstream Hollywood debut came in 2013 when she appeared in Iron Man 3. She played the Vice President’s Daughter.

Her credits include numerous blockbuster movies including Insidious: Chapter 2 and The Babysitter 2. In particular, Jenna is famed for her work in Jane the Virgin. She starred together with Gina Rodriguez.

She acted alongside Isaak Presley in the hit Disney series Stuck in the Middle.

What is Jenna Ortega Net Worth?

Jenna’s net worth sits at $3 million as of 2020. She made this huge chunk of money from her career as an actress. What’s more, she generally charges hefty paychecks.

As of now, Jenna is single and not in a relationship with anyone.

She was last linked with fellow actor, Asher Angel back in 2018. At the time fans heavily shipped the pair as they appeared in various events together as a couple.

Aside from Asher, the actress reportedly went out with singer and actor, Jacob Sartorius. Tabloids reported they had a fling after they appeared in his music video, Chapstick.