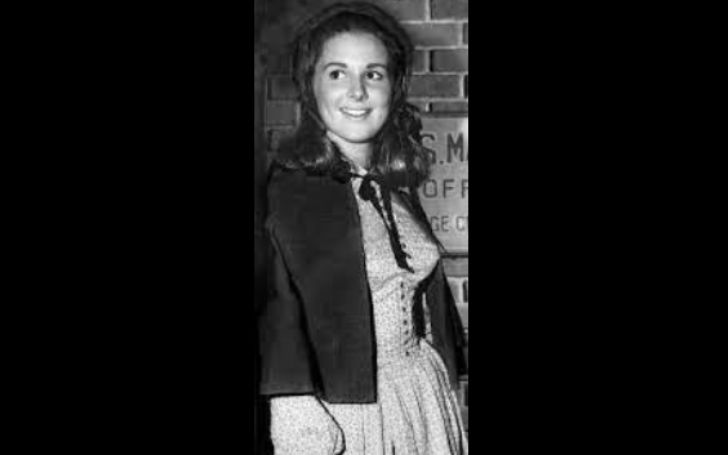 The daughter of the Gunsmoke star, however, had a saddening life. Can you guess why that was? Well, Arness passed away at a very young age; Lee was just 24 years old when the star kid took her own life. So, what led her to commit such a horrendous act? Was it the break-up with her long-time lover or did Jenny suffer from a mysterious disease? We’ll have the answers soon enough.

Therefore, the following article talks about the short life that Jenny Arness lived. What was Arness like before her death? Let’s find out!

Lee Was The Middle Child of James Arness; Details On Her Early Life

Jenny Lee was born as the only daughter of actor James Arness and his future ex-wife, Chapman. She was born on May 23, 1950, at Good Samaritan Hospital. In the earliest days of her life, Lee grew up in a well-adjusted home, with both her parents working as actors.

Besides, Lee had two brothers one older Craig Arness and one younger Rolf Arness. Her younger brother Rolf was born on 18th February 1952. Jenny had a 4-year gap with her elder brother, while just a 2-year gap with her little one.

The lovely family of 5 lived in a beautiful home at Cape Cod Cottage in Pacific Palisades before things went south.

Her Parents Separated When Jenny Was 13 Years Old; Actor Arness Got Full Custody Of The Kids

Jenny’s parents, Arness and Chapman, had a very loving marriage for years. However, things started to fall apart between the duo when James Arness became busier with his life in Hollywood.

Sources confirm that Mrs. Arness was the one who persuaded Mr. Arness to become an actor. She encouraged and motivated him to take acting classes and was his biggest supporter. On the contrary, after years of struggling, when Lee’s father finally got his big break, Chapman started to have problems with his “busy actor” life. Some believe that this was the reason why the once lovely duo broke up.

Therefore, after almost 15 years of tying the knot, they officially separated. At the time, their daughter, Jenny was just 13 years old. We can only imagine how hard it would’ve been for her to cope with this unfortunate incident.

Furthermore, after the divorce, it wasn’t young Arness’s mom who got custody of the kids. Apparently, Mr. Arness was the one who took in the 3 kids as a single dad, following the divorce.

Was Late Jenny Lee Arness Also An Actor Like Her Father?

Sources claim that Jenny Lee was an actress, following in her parent’s footsteps into showbiz. In fact, many also believe that Jenny appeared in the show which made her father a superstar i.e., Gunsmoke. Nevertheless, there is no concrete evidence that suggests the late star kid had a role in the series.

On the other hand, we all are aware of how great of an actor Lee’s father was. James Arness portrayed the role of Marshal Matt Dillon for almost 21 years in the TV series, Gunsmoke and stole the hearts of millions. In addition to this, the late actor also had a great contribution to protecting the nation during World War II.

Coming from a broken family often leads one into having relationships that aren’t as satisfying and fulfilling. This was the exact situation of Jenny Lee and her love life before her tragic death. The 24-year-old daughter of a Hollywood star suffered a lot in a relationship, that might’ve also been the cause of her death.

Lee dated singer/songwriter Gregg Allman for a short period. The former couple became official in 1972, however, the spark did not last for long. Sources claim that Arness’s daughter was head over heels for the Allman Brothers Band singer, but the late artist did not feel the same way about her.

Therefore, Allman broke Arness’s heart. Apparently, the musician left poor Jenny for Cher, the most beautiful singer of her time. This reason crushed the 24-year-old’s heart into a million pieces and she fell into deep grief.

Many speculate it was one of the main reasons why Jenny Lee took her own life in 1975.

As mentioned earlier, Jenny Lee suffered a tragic break-up three years before passing away. The man who she thought would be the love of her life left her for another woman. Even more so, this bad decision of hers was prompted by the news of her ex-boyfriend’s marriage to Cher in 1975.

Jenny took her own life by doing a drug overdose on 12th May 1975. She was just 11 days away from her 25th birthday. It has been almost 47 years since she passed away, but her story of death is still saddening to this day – may her soul rest in peace.

Where Was Late Jenny Lee Buried?

It was such a tragedy what happened to this beautiful young woman. We hope she is at peace now.

On the contrary, some sources claim that Jenny Lee was suffering from a rare psychological disorder i.e., schizophrenia. The hallucinations and delusions in this disease are so severe that they can lead one to commit suicide. Therefore, many believe that this is what actually caused Arness to die.

Moreover, like before, there isn’t any concrete evidence to support this theory.

Her Mother, Virginia Chapman, Died An “Accidental” Death; The Cause Was Drug Overdose

2 years after the death of her darling daughter, Virginia Chapman Arness passed away from an “accidental” drug overdose. As it turns out, the actress overdosed on sleeping pills on 29th July 1977. She was only 56 years old at the time.

Looking at this, it seems that there was a curse on the women of the Arness Family. Both mother and daughter passed away, suffering from a drug problem.

On the contrary, Jenny’s father lived quite a great life. James Arness died of natural causes at the age of 88 on 3rd June 2011. At the time of his demise, the late Hollywood icon was married to his second wife Janet Surtees.