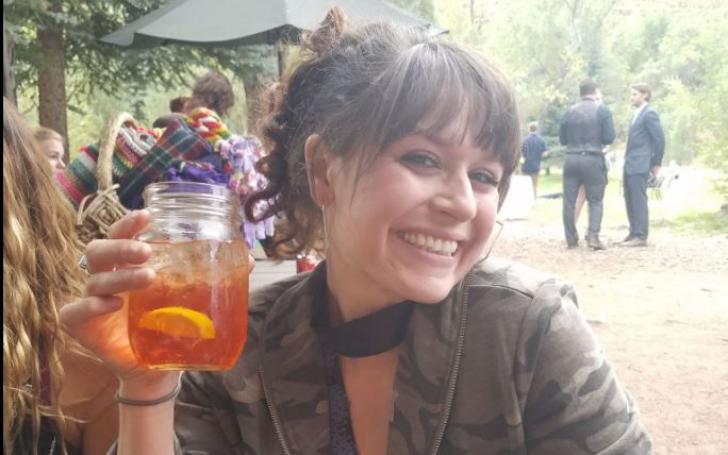 Jesse Belle Deutschendorf is famous as the daughter of the late singer, John Denver. Her father John was one of the most renowned singers of his time. At the time of her father’s death, Jesse was only eight years old.

It has been several years since John passed away and his daughter Jesse is all grown-up. This is why many people are curious about what she is doing nowadays. Well, you will be happy to know she is happily married. So, who is her husband?

Let’s find out all the answers regarding John Denver’s daughter here today!

Jesse Belle Deutschendorf is John’s daughter from his second marriage: Her father died in 1997

She was born on May 18, 1989, in Aspen, Colorado. She is the daughter of John Denver and Australian actress, Cassandra Delaney. Her father John sadly passed away in October 1997, at the age of 53. He died in a plane crash which he himself was flying.

Jesse belongs to German ancestry and has Caucasian ethnicity. Her paternal grandfather is Henry John “Dutch” Deutschendorf Sr., who was a Lt. Col in the United States Army Air force. He was inducted into the Air Force Hall of Fame after setting three-speed records in the B-58 Hustler bomber.

Besides, Jesse Belle is the only child between John and Cassandra.

Jesse Belle has two adopted siblings: Her parents’ married life at a glance

Prior to getting married to Jesse’s mother Cassandra, John was in a marital relationship with Annie Martell of Minnesota. The former couple exchanged vows on June 9th, 1967, in a small ceremony. The pair dated for a couple of years before walking down the aisle.

The couple didn’t share any biological kids, however, they adopted two children, a boy named Zachary John Denver, and a girl named, Anna Kate. Although John and his first wife got separated, they still took good care of their kids.

All three of them remain visibly out of the media. The last time we saw the Denver siblings was in 2014. At the time, Zachary and Jesse attended the Hollywood Walk of Fame ceremony for their dad.

Besides, Jesse’s parents, John and Cassandra were married from 1988 to 1993. Initially, the couple separated in the year 1991, a mere three years into their marriage. A couple of years later, they officially divorced.

Back then, John said about his divorce, “before our short-lived marriage ended in divorce, she managed to make a fool of me from one end of the valley to the other.”

Jesse Belle Deutschendorf happily wedded: Who is her husband?

Jesse is happily in a marital relationship with her boyfriend turned husband, Eli LeGate. They exchanged vows in an intimate ceremony on 27th September 2019. The nuptials took place at Belle’s father’s sanctuary, John Denver Sanctuary. The sanctuary in itself was quite extraordinary with natural vegetation all around.

The wedding was a big affair with many of their friends and family in attendance. For the big event, Jesse wore a white gown with a garland on her head while her hubby donned a navy suit.

Besides, the pair dated for several years before taking the big step. As for how and when they first met, there is no information on that matter.

No, the lovebirds do not share any kids between them, so far. It looks like both of them are not yet ready to take on the parental duties. It can be said they are more focused on building their professional life at the moment as opposed to increasing the brood.

As of now, the married couple resides in Aspen, Colorado.

Going by their photos, it looks like the couple likes to travel a lot. Their passion for traveling or visiting new places might be one of the main reasons behind their initial romantic conquest.

Is Jesse Belle also a singer like her father? Her profession at a glance

Well, it’s natural for people to assume that Belle might just follow in her dad’s footsteps and became a singer. After all, the singing genetics is flowing in her as well.

Nevertheless, all the speculations should be put to rest as Jesse isn’t a singer like her father. As for what she does, well, she is an artist.

She has a separate Instagram account wherein she showcases her artistic skills and works. Not only is she a painter, but she also creates handmade crystal jewelry.

She also has a website, Jessebelledenver.com from where you can buy her works.

As of now, her net worth sits comfortably at $1 million. Being one of three kids of multi-award-winning singer John Denver, it’s not a surprise to know that she is a millionaire. At the time of her father’s death, he was worth a staggering $60 million.

Who Is John Travolta’s Son Benjamin Travolta? Untold Facts About Him