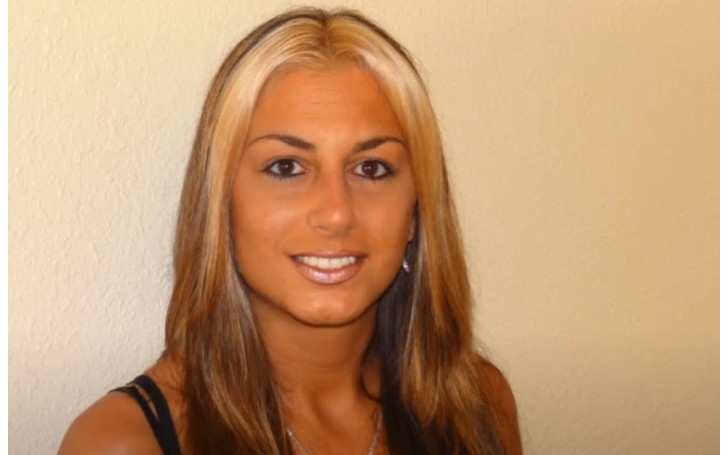 Jessica Samko is an American reality TV star who became famous for her work in the series, Shipping Wars. Her two seasons on the show were more than enough to make her a fan favorite. We all appreciated her display of women’s strength and ability in performing in the most extreme of situations.

Unfortunately, the show was canceled in 2015 after which people became increasingly curious as to what happened to their favorite star. Well, after wrapping up with the A&E network show, Jessica resumed her work as a trucker.

But what about now? What is Jessica Samko doing? Is she married? Who is her husband? Find out answers to these questions including some interesting facts about her life.

Who is Jessica Samko? Her Early Life and Wiki

She was born on June 1st, 1982, in Amsterdam, New York. She belongs to the American nationality and has Ukrainian ancestry. Samko is the daughter of Christina Buczkowski. Her parents separated some time ago and as of now, her mother is currently married to Kevin Buczkowski.

Apart from herself, she has one brother, Matthew aka Samko. Her brother currently works as a Realtor based in Fort Myers, Florida. Previously, he too worked as a truck driver at Hill and Markes, Inc.

Talking about her education, well, she studied at a local school in Amsterdam.

Jessica Samko Profession: She is a Trucker for Life

It is not rocket science to know that Jessica is a trucker girl. From the beginning of her life, she knew someday she want to hop on a big truck and deliver goods for a living. And as they say, fortune favors the brave, she pursued her dreams, something which is quite challenging for everyone, and became a trucker.

Besides, it was her adventurous nature that influenced her decision of becoming a trucker. When she was a kid, she always dreamt of working on a cruise and traveling across the globe. However, after falling in love with a trucker, she started wondering if she wants to see the world inside of a cab of a big rig or from a ship, and she chose the former.

While talking about her decision to become a trucker, Jessica told OverdriveOnline,

“It’s the best of both worlds. I get to see the country, I get to do a job that I love, and now I get to see everything with my boyfriend.”

In the beginning, she started working for Landstar, a company that delivers goods all across the country. Afterward, she joined her husband Derek Smith at this company DMS Transport LLC. She then started her own company JMS Transport LLC, where she is currently working.

Before even she started working as a female trucker, Jessica always liked standing out, be it by riding motorcycles or going to rock concerts, she was an independent streak. In an interview with Overdrive Online back in 2013, she said,

“I love going to rock concerts. I love rock—I love the energy it gives me—but sometimes I don’t look like I fit in there either.”

“Most of them have mohawks or 90 percent of their body covered in tattoos, and I’m just there on the side.”

Thankfully, she loved all the attention.

How did Jessica become a part of Shipping Wars?

Well, Jessica’s journey toward becoming a part of the series is quite interesting. So back when she was making a lot of head turns, her boyfriend Derek thought it would be a good idea to enter her into Overdrive’s Most Beautiful contest. There were a lot of fellow female truckers who also entered the competition.

Although Jessica couldn’t care less if people didn’t like her not, her photo just gave her an opportunity of a lifetime. You see, around the same time, a producer at A&E network was casting for the sixth and seventh seasons of Shipping Wars. After stumbling upon Jessica’s photos, the producer decided to call her up, and the rest as they is history. When she gained country-wide fame, Jessica didn’t forget to thank Overdrive for providing her with the opportunity.

She featured in the show for two seasons and quickly became a fan favorite. Her unyielding attitude is what drew fans toward her. We were all so eager to see more of her in the show, but unfortunately, it was cut short as the show got canceled in 2015. As for the reason, reports suggested it was due to financial issues.

For a long time, Jessica was in a relationship with a fellow trucker Derek Smith. Her boyfriend is also the owner of DMS Transport, where Samko used to work before opening her own transport company. It is not known how the lovebirds met but we can somehow assume they must’ve met while doing something, trucky, iykwim.

After dating for some time, they even got engaged and exchanged vows some times later. Around the time when Jessica was starring in Shipping Wars, she was married to Derek.

As of now, she is enjoying her single life with herself and her pet pooches.

How much is Jessica Samko’s net worth?

As of now, her total net worth stands at $750,000. She earns the majority of her income through her work in transportation. In addition, she also received a hefty paycheck from her work in Shipping Wars.