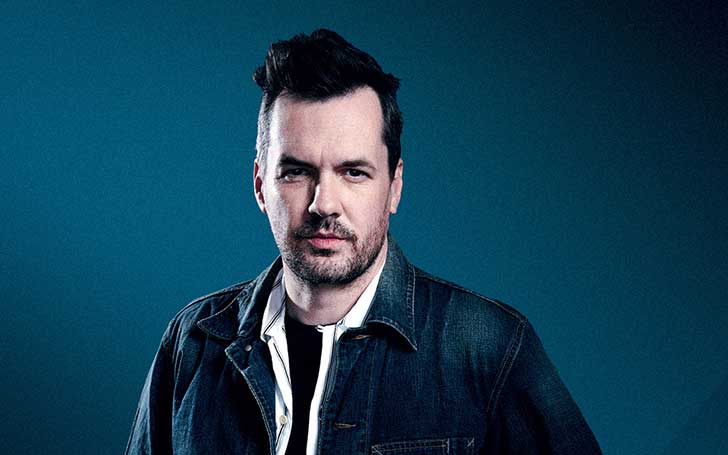 Jim Jefferies is an Australian-American comedian, actor, and writer who is famous as the host of the late-night show The Jim Jefferies Show. Besides, Jefferies also grabbed fame with the FX sitcom Legit.

Here are some interesting facts surrounding the 43-year-old comedian. Read it:

Jefferies was born to Australian parents on 14 February 1977, in Sydney, New South Wales, Australia. His birth name is Geoff James Nugent. His father, Gary Nugent, was a cabinet maker and maintenance worker while his mother was a substitute teacher at a local school in Sydney.

Jefferies Mother Passed Away in 2019

Jim Jefferies’ mother passed away in mid-2019. The actor and comedian, 43, revealed her death during his appearance in Jimmy Fallon’s show in September.

Jim is a Naturalized US Citizen

In November 2018, Jim Jefferies became a naturalized US citizen. The comedian revealed he received US citizenship in the final episode of the second season of his Comedy Central show.

Jefferies’ Diverse Career as a Comedian, Actor and TV personality

Jim Jefferies took a stage name “Jim Jeffries” after he started his career as a stand-up comedian. But, he later amended his last name to “Jefferies” to avoid the confusion with an American performer.

He Rose to Limelight after He was Attacked on Stage

Jefferies made his way to the stardom in 2007 after he was attacked onstage while performing at the Manchester Comedy Store. Furthermore, he became prominent in the United States in 2009 after working in HBO’s I Swear to God.

He has since performed at numerous festivals including Melbourne International Comedy Festival, Edinburgh Festival Fringe, and more.

“Legit” and “The Jim Jefferies Show”

The 43-year-old comedian created a comedy series Legit in the early 2010s, that took him to the acme of popularity. The show premiered on January 17, 2013, on FX. It ended after the completion of its second season in 2014.

In 2017, Jefferies came up with a weekly comedy show The Jim Jefferies Show on Comedy Central. The 10-episode premiered on June 6, 2017, in which Jefferies talked about the culture and politics in his comedic ways.

The Jim Jefferies Show ran for three seasons and concluded on November 19, 2019.

According to Celebrity Net Worth, Jim Jefferies has an exquisite net worth of $9 million as of 2020. Talking about his real estate property, he bought a house in Studio City, California in June 2018. He splurged $3.15 million for the 5,384 square feet 5 bedrooms and 5.5 bathroom house.

As of 2020, comedian-actor Jim Jefferies is in a relationship with his British girlfriend. However, his girlfriend’s identity is a mystery as of yet. Jefferies said he is dating a British girl during his appearance in The Tonight Show with Jimmy Fallon in September 2019.

Jefferies Has a Son with Ex Kate Luyben

Meanwhile, Jefferies is the father of one child. He gave birth to a son, Hank Jefferies, with his ex-girlfriend Kate Luyben. The ex-lovebirds remained in the relationship for a couple of years before they went their separate ways.

Kate and Jefferies first met during the production of Legit in 2011. Kate played a prostitute in the Legit pilot. The couple started dating soon after they met and within a couple of months, news broke that the pair were expecting their first child.

Luyben gave birth to their son, Hank, on November 7, 2012. They were happy with each other until the show’s premiere in January 2013, however, their relationship afterward is not clear in the media.

In one episode of his late-night show, The Jim Jefferies Show, Jefferies mentioned that he has been with six women so far, however, he didn’t reveal any further details on who the girls were.

Meanwhile, Jim was once rumored to be dating actress and comedian Ginger Gonzaga. The couple worked together in Jim’s 2016 movie Punching Henry which probably sparked their romance rumor. But, the rumor faded away shortly as none of the actors addressed it.