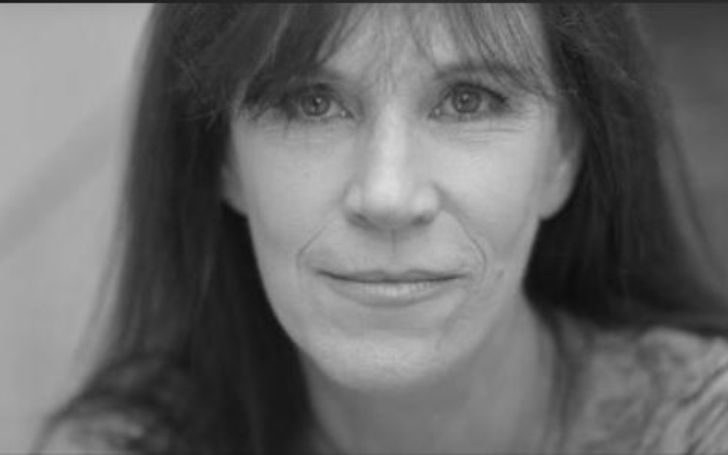 Jody, similar, to her mother, Carol, also followed her steps into show business. She has been the producer for the show, Carol Burnette: Show Stoppers, the TV movie, Porkchop Playhouse, and the short film Lunchtime Thomas. On the other hand, her mother is one of the most noted comediennes and has over eighty credits as an actress in addition to a multitude of TV appearances. She has also been in hit shows like Mad About You, Hawaii Five-O, Hot In Cleveland, All My Children, and Carol And Friends.

Although Jody was the daughter of one of the most beloved female comedians in the US, her childhood wasn’t like other celebrity kids. As it turns out, she and her sisters have had a bittersweet relationship with her famous mother. Read on to learn more about this daughter of Carol Burnett; have a detailed look at her career to whom she is married and others.

Jody Hamilton Is Californian By Birth

Jody Hamilton was born on Jan 18, 1967, in Los Angeles California. Carol once in an interview said Jody in addition to her two sisters Erin and Carrie practically grew up on the set.

Jody’s late father, Joe Hamilton died in 1991 from head and lung cancer. He was a television producer for various shows and he also served the very role in Carol’s titular show, The Carol Burnett Show for eleven years.

Jody Hamilton Parents; Her Father Was Her Mother’s Second Husband

Over the course of her life, Jody’s mother, Carol has had three husbands. Burnett’s first husband was her college boyfriend, Don Saroyan whom she wed in 1955. They however divorced in 1962.

A year later, Burnett married Jody’s father, Joe Hamilton in 1963. It lasted until 1984 during which Burnett welcomed three daughters including Jody. The other two were her sisters Erin and Carrie.

Jody Sisters Erin And Carrie; One Of Them Died Of Cancer

Carrie had become a heavy drug and alcohol addict by the age of 13. She, fortunately, was able to get rid of her addiction and later grew up to be an actress. She performed in the 1996 rock opera film Rent and in the 1986 TV series, Fame. Jody’s sister, Carrie once also collaborated with her actress mother, Carol; she wrote a play titled Hollywood Arms detailing her mother’s story of rags to riches.

Carrie was also the lead singer of the punk band Gilt Lily.

Additionally, Jody’s late sister become a successful actress, singer, and playwright. She also had roles on shows like Beverly Hills 90210, X Files, Murder She Wrote, and others.

Jody’s other sister, Erin, the youngest daughter of Carol is still alive. She however has also battled addiction similar to her late sister Carrie. In fact, in Aug 2020, Carol sought legal custody of Erin’s son, Dylan, after she deemed her daughter’s addiction problem was running her grandson’s life.

In addition to her two sisters, Jody has eight more half-siblings albeit they are from her late father’s previous relationships.

As mentioned, Carol’s middle daughter is a producer for film, TV, industries, and others. The 1967-born producer says she is mainly responsible for any and all logistics of production and for facilitating production requirements. She admittingly also handles tasks including equipment contracts, purchase orders, tape/digital media, inventory, insurance, day player contracts, cast and crew lists, and various other set requirements. Jody also has a firm knowledge of Final Cut Pro Editor.

Hamilton now mostly is the host and producer of the weekly podcast show, From The Bunker, about politics and pop culture. It has been running since March 2009. Jody is responsible for recording, editing, and uploading each episode of From The Bunker.

She additionally appears as a guest every Tuesday on Steph Miller Show and on Thursdays on Bob Cesca Show.

In the past, Carol’s daughter was also the producer at her father’s Joe Hamilton Productions and at Creative Vision Group.

She once also received an Emmy nomination for Outstanding Variety, Music, or Comedy Special. Jody furthermore has sung covers and a few original songs as well.

Hamilton has a Bachelor’s Degree in Arts, Entertainment Management from the University of the Pacific.

Jody Relationship; She Is Married To A Musician/Guitarist

Jody is married to Lonny or Lonnie Paul, a musician and cartoonist. Paul and Jody tied the knot on Sep 18, 2015. Although not much about Lonny and Jody’s relationship is known, regarding how they met, Hamilton on her Facebook states she first crossed paths with Paul in the year 2000.

Jody’s husband Lonny also Lynam is a guitarist who was also a member of a rock supergroup band from LA, Adler. It was founded by the ex-Guns and Roses drummer Steven Adler.

Speaking of Jody’s past relationships, while the middle child of Carol and Joe is yet to shed a light on that, it somewhat could be the case that she has had few or two boyfriends or even more serious connections in the past.

As such Jody was already 33 when she met her current husband, Lonny and it might be within the reason to say she has had at least one or two relationships prior to that. However, the Emmy nominee, so far, hasn’t spilled any details on those issues.

Is Jody Hamilton As Rich As Her Mother; What is her Net worth

Jody although a celebrity on her own seems less wealthy than her widely famous comedienne mother, Carol who has an astounding net worth of over $40 million.

The number categorically puts Carol in the league of some of the richest actresses in the TV world. The magnitude of her fortune furthermore shouldn’t come as a surprise considering that the now 89 years old singer and comedienne’s career spanned over six decades.

On the other hand, Carol’s daughter, Jody despite being in show business for quite a spell, frankly hasn’t gotten a breakthrough similar to her millionaire mother. Hamilton nevertheless could still be a well-off celebrity kid with at least a six-figure or even more net worth in possession.