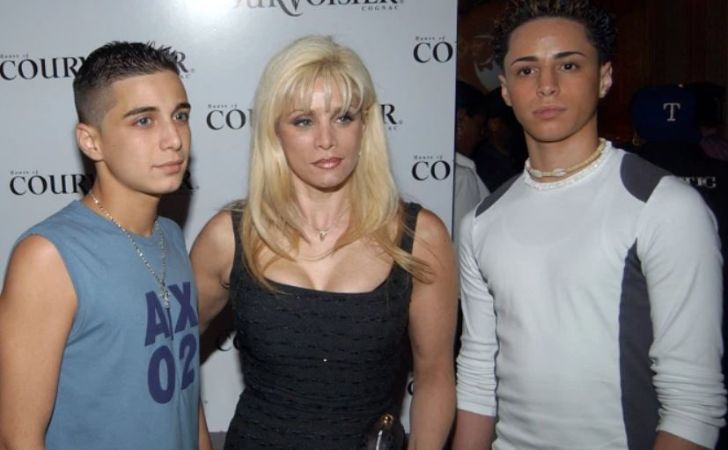 Victoria Gotti is an American writer, reality TV personality, and actress. She is also widely famous as the daughter of an American gangster and boss of the Gambino crime family in New York City, John Gotti. Despite coming from a mafia family, Victoria has made her own identity and leads a respectful life.

But what about her love life? Is John Gotti’s daughter Victoria Gotti married? Does she have any children? Here we have brought to you a comprehensive detail on her career, net worth, house, and many more details.

Be with us to learn more.

Victoria Gotti Is The Daughter Of John Gotti

American author Victoria Gotti was born on November 27, 1962, in Brooklyn, New York, USA. She is one of the five children of John Gotti and Victoria DiGiorgio.

While her father was of Italian descent, her mother came from half-Italian and half-Russian ancestry. As a child, she shared a great relationship with both her parents. In fact, she lived together with them in their two-story house in Howard Beach, New York. When growing up, Gotti was a very silent kid and rarely talked to people, to the extent that her parents thought she was autistic.

Talking about her education, she was very good at studies from an early age. She was an avid reader and thus to follow her passion for writing, she joined St. John’s University Queens Campus.

One of five kids to her parents, Victoria had four siblings, three brothers Peter Gotti, Jr., Frank Gotti, John Gotti Jr., and a sister named Angel Gotti. Unfortunately, one of her brothers Frank is no more in this world. He died in an accident back on March 18, 1980, at the age of 12.

Well, she shares a great relationship with her siblings at present. All her siblings have moved away from the life of a mafia and are doing great in life. In fact, her brother John, who was also briefly involved in crime along with her father has also written a book named Shadow of My Father.

Though it’s believed that Victoria Gotti had a luxurious life when growing up, she has claimed otherwise. As per her, the Gotti family was not rich at all, unlike the popular perception, and she was raised in a very middle-class household. She reportedly lived in a two-story house in a poor Italian neighborhood.

Not only this, but she also stated that her mother made clothes for her and even cut her hair to save money. Further, her parents were also very rooted traditionally and strictly followed traditional Italian customs. Moreover, she was not even allowed to stay out for long.

Like happens with most celebrities, there are many who want to know about Victoria’s love life. So, is Victoria Gotti married to a husband? Well, the reality TV star was married to Carmine Agnello. They tied the knot in 1984, against the disapproval of her parents.

In case you are wondering, Gotti’s husband Carmine is a New York mobster and is famous for running scrap metal recycling operations in the past.

The former couple lived in their mansion in Westbury, New York, which was also used in the filming of the 2004 reality TV show, Growing up Gotti, based on the life of the Gotti family.

Unfortunately, after 19 years of marriage, Victoria divorced Carmine in 2003. At the time Agnello was in jail and the divorce was finalized on grounds of constructive abandonment.

As a part of a divorce settlement, Victoria received the $3.2 million mansions, years later in May 2009, after the foreclosure was approved.

But prior to the birth of three of her kids, she went through a rough with her first child. Her first daughter Justine was stillborn nine months after her marriage. And at the time, doctors had reported that she won’t be able to conceive any child because doctors found cancer developing in her uterus.

The incident took a toll on her to the extent that she didn’t want the incident to be repeated in her biopic Victoria Gotti: My Father’s Daughter. She said,

“I didn’t want [that scene] in there. That was very painful to me. And it’s not about having to explain it or not wanting to explain it — I just felt like it’s mine, not yours. You didn’t know her.”

She Is a Reality TV Star And Author

As we said earlier, John Gotti’s daughter Victoria Gotti is a successful TV personality and author as well. Her first TV appearance was in 2002 when she appeared in The 2002 Annual United Nations Association Global Leadership Awards. The following year in 2003, she was a part of a TV series named Larry King Live.

Victoria Is Also An Author

Apart from all her work in TV and movies, she is also a writer. As per the reports, she was a reporter for WNYW and a columnist at the New York Post. Likewise, she was also part of the Fox Television Network for a while.

Talking about books, she wrote her first book, Women and Mitral Valve Prolapse, in 1995, which is about her struggle with her illness. Later, in 1997, she came up with a mystery novel named The Senator’s Daughter. This was followed by her works like I’ll Be Watching You (1998), Superstar (2000), and Hot Italian Dish (2006).

Not only this, but she also wrote a memoir named This Family of Mine: What It Was Like Growing Up Gotti in 2009.

Where Is Victoria Gotti Now?

Well, Victoria is leading a sound and peaceful life with her children. Until 2016, she lived in her house in Westbury. In fact, the mansion was also shown in the TV show, Growing up Gotti.

Apart from spending quality time with her kids, and grandchildren, she also is focused on TV series. She seems to be pretty much enjoying her life and often gives insights into her life via social media posts.

How Much is Victoria’s Net Worth?

Having been a part of numerous successful reality TV series and movies, she has definitely made a big chunk of money. Further, she also adds up a big amount from her book sales. Well, as per Celebrity Net Worth, she has a net worth of around $2 million in 2022.

On both platforms, she loves to flaunt her personal and professional life.