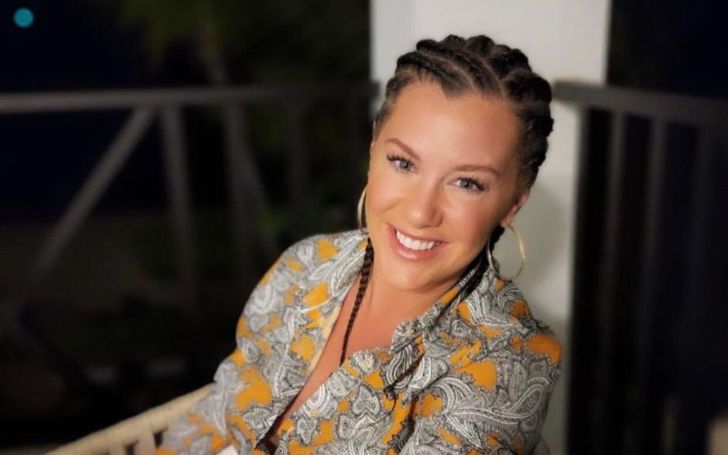 Jolie Poirier is a 33-year-old Instagram model, influencer, businesswoman, and philanthropist. This versatile woman is better known as the wife of the former Interim UFC Lightweight Champion, Dustin Poirier. The “power couple” has a lovely decade-long relationship.

Poirier has been her husband’s most prominent supporter since the very beginning. She took him to his first fight and since then is seen at the ringside, cheering for him on his every fight. However, recently a controversy arose between Jolie Poirier and her husband’s opponent Conor McGregor. So, what happened between these two? Are the accusations of Jolie cheating on Dustin Poirier true? Sit tight, because we will know the answers soon.

Jolie Poirier is a “Family Girl”

Jolie Poirier, formally known as Jolie LeBlanc was born on March 4th, 1989 in Lafayette, Lousiana. She has a Caucasian background and was born into a Christian family. Her parents, Carl LeBlanc, who is an entrepreneur, and Teri LeBlanc, a homemaker, have a total of three children including Poirier. She has a sister named Jandy LeBlanc and a brother, Javen LeBlanc.

Since her early childhood, Jolie Poirier seems to have been very close to everyone in her family. Even today, the Instagram influencer constantly posts pictures with them or of them on all of her social media handles. Besides her parents and siblings, Poirier is also very close to her grandparents. Safe to say, Jolie is indeed a family girl.

Apart from that, Jolie Poirier was also good with her academics growing up. She graduated from Northside High School and joined a prestigious university after.

Jolie and Dustin Poirier are High School Sweethearts: When did they marry?

Jolie Poirier met the man of her dreams, Dustin Poirier, in high school in 2003 when both of them were just 14 years old.

The 33-year-old mixed martial artist, Dustin was a troubled teenager when he started dating his future wife. He even dropped out of high school at 15 years old and got into a lot of legal issues. Even after all this, Jolie Poirier did not leave his side. In his words, she literally turned him “into a better man” and was the “light that he needed in a dark world”.

The lovebirds dated for almost six years before getting married on 4th September 2009 – they are still together and going in strong ever since for over a decade.

The relationship between Jolie and Dustin is full of love and support. She has stood by him in each and every fight of his since the beginning of Poirier’s career. Jolie also frequently posts on her spouse’s successes on her active Instagram account. She, in fact, is an “ideal wife” every guy needs.

The love between this lovely couple grew even more with the birth of their daughter. After 7 healthy years of marriage, Jolie and Dustin Poirier welcomed their baby girl, Parker Noelle Poirier, on 20th August 2016. This 6-year-old is the constant highlight of her parents’ social media.

Recent Controversy Between Poirier and Her Husband’s Opponent, Conor McGregor

Poirier recently came into the spotlight after her sticking troll of Irish MMA star, Conor McGregor. This apparently became the talk of the town after her husband defeated McGregor at UFC 264.

McGregor accused Jolie Poirier of sliding into his DMs despite being his rival’s loving wife. He even reported having “proof” of the message request. However, this was later revealed to be false after Poirier reportedly “flipped him off” on the octagon after McGregor’s defeat with Dustin.

This invited a lot of tension between the two athletes and Jolie. Following this incident, McGregor also tweeted a lot of vulgar and offensive comments about Dustin Poirier’s wife.

Despite everything that is going on, Dustin does not seem to be affected much by this constant bashing. Why? Well, he released a statement clearing this doubt. He said,

“That (the incident) made him less powerful because he’s talking silly stuff about my wife. She’s ‘my husband’ or something. Like, what the f–k are you even talking about? He shouldn’t even be talking about marriages with the s–t he’s out there doing, so …”

Therefore, Dustin Poirier does seem to have an opinion about all this and is surely a protective husband.

What does Jolie Poirier’s Professional Life Look Like, Besides Being an “Ideal Wife”?

Jolie has indulged herself in a lot of things – she is an influencer/model, a businesswoman, and a philanthropist. With almost 141K followers on Instagram and 13.6K on Twitter, she is considered a social media influencer. She is constantly active with her posts about her family, husband, and daughter.

Poirier is also a fitness freak and posts post-workout photos as a motivation to others. Similarly, she is also an Instagram model and shares jaw-dropping photos of herself on Instagram.

Along with this, she also owns a hot sauce business – Poirier’s Louisianna Style hot sauce. A bottle of this sauce costs almost $12, which, if you think about it, is quite profitable.

Besides all this fame and fortune, she has not forgotten about her society. She and her husband, Dustin, run an INGO, The Good Fight. Established in 2018, the aim of this organization is to help underserved youth with basic necessities. They also include services like funding youth centers and community food banks.

Jolie Poirier has a Lavish Lifestyle with Her UFC Champion Husband

Being the wife of a famous athlete comes with its own benefits. Jolie Poirier and her #2 UFC Lightweight Champion husband, Dustin Poirier together have a combined net worth of $4 million.

This fortune is more than enough for the family of three to have a great and lavish life. They also constantly go on sumptuous vacations which most of us can only dream of.