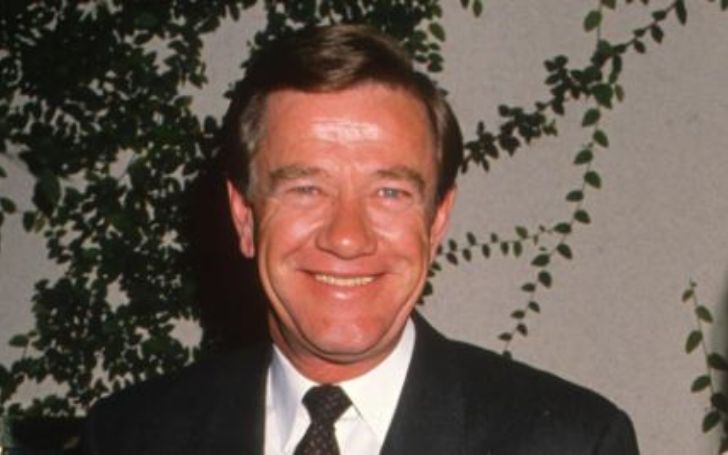 Jon Eicholtz is famous as the third and current husband of an American actress-singer Barbara Eden who is popular for her roles in I Dream of Jeannie, Flaming Star, and Harper Valley PTA. Besides his popularity being a celebrity spouse, Jon himself is an American architectural engineer, real estate magnate, and philanthropist.

Today, in the article below, you will learn about the professional and personal life of Eicholtz. How did an architectural engineer meet his better half, Eden? When did they tie a knot? Is their marital relationship going smoothly?

To find all these details, let’s take a closer look at the following article.

When Was Jon Eicholtz Born?

Jon Eicholtz’s full name is Jon Truesdale Eoicholtz. He was born in 1939, in Topeka, Kansas, the United States of America. However, his exact birthdate is missing. As of 2022, his age is 83.

As for Eicholtz’s childhood, he grew up in his birthplace Topeka. The celebrity spouse holds an American nationality and as far as his ethnicity is concerned, Jon is Caucasian.

Moving towards Jon’s academic qualifications, Eicholtz graduated from Kansas University. He has earned a Bachelor’s degree in Architectural Engineering.

Jon came across his then-future-wife Barbara in the year 1988. The two began dating not long after their initial encounter. Eicholtz and Eden were in a relationship for a couple of years before they walked down the aisle on January 5, 1991.

The pair exchanged wedding vows at the Cathedral Church in San Francisco in the presence of almost 35 guests which included family members, close relatives, and a few friends. As per the publicist Curt King, their reception was held at the Fairmont Hotel. He also mentioned they stayed overnight at the hotel planning to return to the actress’ Beverly Hills mansion and later take a longer honeymoon trip.

As of now, Jon and Barbara have been blissfully married for over 3 decades. Despite their enduring marital relationship, the husband and wife do not share any kids together.

Eicholtz Got To Spent Time With Barbara During COVID

The couple was fortunate enough that they got to spend time together during COVID while many were away from the family isolating themselves. During the pandemic, the actress compensated for all her busy shooting schedule because Jon was the one who always compromises with her hectic life.

At that time, the couple adopted a labradoodle dog in order to entertain them. Admiring their COVID days, in one of her interviews, the actress revealed they spent their best days of life with their “spoiled” pet,

“We would go to a Carmel with our friends who also have a Labradoodle. And we’d spend long weekends up there at [Doris Day‘s hotel The Cypress Inn]”. “[There’s] nothing but dogs there! You don’t want to go if you don’t have a dog. We had such a good time.”

She also disclosed the secret of their successful marriage stating that one should try walking in the other’s shoes if they’re having an issue. For the last three decades, the real estate developer and his actress wife have been living a blissful married life in the Benedict Canyon area of Beverly Hills.

As per sources, 83-year-old Jon was married before his wife Eden. However, the engineer has never shared details of his unsuccessful marriage with his first wife and kept all the information under the wrap.

Similarly, his wife Barbara too had a couple of failed nuptials. Initially, the actress was married to Michael Ansara in 1995. And her first marriage ended because of emotional distress in 1974.

Later, Eden wedded Charles Fegert from 1977 to 1983. Her second husband is a former Chicago Sun-Times Marketing Executive who later rebranded himself as a philanthropist. As per reports, his habit of drugs and assaulting her eventually led their marital relationship to divorce.

Barbara alongside her first husband was blessed with a baby boy, Matthew Michael Ansara, born on August 29, 1965. When their son was 9 years old, his parents got divorced and then, the star kid started living with Eden.

As Ansara was always against Barbara’s second marriage, he later moved back with his dad when his mom married Charles Donald. After her relationship failure with her second spouse, her son moved back with her.

Eden then knew the truth that her child had been using drugs and not focusing on his studies. After her being intentional to help him get rid of drugs, he also realized and went to rehab.

Unfortunately, his system failed and he died at the age of 35 due to an overdose on heroin just before a month of his marriage. This was the greatest tragedy that ever happened to Barbara.

Did You Know Eden’s Second Child Was Still Born?

Eden and her ex-husband Michael were looking for a job to support their family at the end of I Dream Of Jeanie‘s franchise. Along the way through their hard times, the exes found out Barbara was again expecting a child.

Sadly, due to the stress of touring, the actress lost her baby. The stillbirth affected the couple’s relationship and they ended their marriage.

What Does Jon Eicholtz Do For a Living? His Career Details

Jon Eicholtz is an American architectural engineer and real estate magnate. As of now, more details about his professional life are not available. Among the public, he is most popular due to his wife, Barbara Eden.

Unlike Eicholtz, the 90-year-old is internationally famous as an actress, singer, and producer who has been contributing to Hollywood since 1950. She is best known for her portrayal of Jeannie in the sitcom I Dream of Jeannie (1965-1970).

Moreover, her other notable acting credits Flaming Star, Voyage to the Bottom of the Sea, The Wonderful World of the Brothers Grimm, Five Weeks in a Balloon, 7 Faces of Dr. Lao, The Brass Bottle, and more.

In addition to her acting career, Eden is also involved in the music world and has already released a few singles and albums. Some of her contributions to the music industry include singles like I Wouldn’t Be a Fool / Bend It!, Rebel, Pledge of Love / I’m a Fool to Care, and Widow Jones.

Are The Couple Involved In Any Charity Work?

As Jon is a philanthropist, he and his better half are actively engaged in humanitarianism for a long time. The couple contributes to various organizations like the March of Dimes, Save the Children and Childhelp USA, Make-A-Wish Foundation, and American Heart Association as well.

As per reports, Eicholtz and his wife Barbara donated $300,000 to the University of Kansas in order to support needy students.

How Much Is Jon Eicholtz’s Net Worth?

Jon Eicholtz earns an impressive amount as an architectural engineer and real estate magnate. As of 2022, he reportedly owns a $1 million fortune.

On the other hand, Jon’s wife Barbara Eden has an estimated net worth of $10 million. Thus, the pair has a combined wealth of $11 million. Needless to mention, his actress spouse Eden’s major source of income is her movies and TV works.