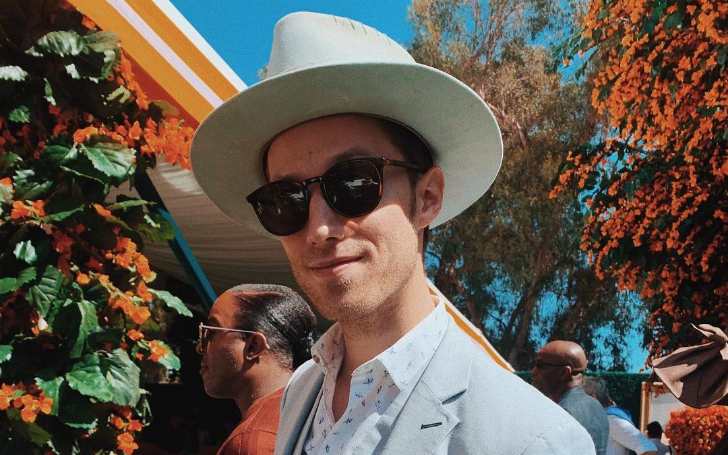 Jonathan Keltz is an American actor popular for his portrayal of Jake Steinberg in the HBO series, Entourage. Likewise, he was mostly acclaimed for his work in the 2011 film named Prom and 21 & Over in 2013.

The handsome hunk is someone everyone wants to date, but the big question here is, is Jonathan Keltz dating anyone? If yes, then who is his actress girlfriend? Maybe you are wondering who that lucky lady be to get this handsome hunk as a life partner. Then, let’s get to know, Who is his Girlfriend? How did they meet? And what about his professional career?

Well, this article intends to explore many unknown facts about Jonathan starting from his early life to his net worth. Have a major look at his life details.

When Was Jonathan Keltz Born? His Early Life And Education

Jonathan came to this world on the 17th of January, 1988 in New York City US. So, as of now, he is 34 years of age. Keltz’s full name is Jonathan Lippert Keltz. His father is Martin Keltz, a co-founder of Scholastic Productions and his mother is Karin Lippert, who served in public relations.

Talking about his education, he did his schooling up to 8th grade in Poughkeepsie Day School, New York. After that, his parents migrated to Canada so Jonathan went along with his family. In Canada, he completed his high school at Northern Secondary School located in Toronto, Ontario. Further, we are unknown about his graduate courses.

Jonathan Keltz’ Career: He Is An Actor By Profession

Professionally, he started his career in the year 2004 when he was just 16 years old teenager. Jonathan began his journey in the Canadian teen drama Degrassi: The Next Generation (appeared in four episodes), and Radio Free Roscoe where he appeared in the episode ‘Lil and Grace’.

Subsequently, he kept appearing on Television. In the time period between 2004 to 2017, he portrayed different characters in numerous TV series episodes. Like, he did the series Dark Oracle in 2006, where he was seen in the episode ‘Trail Blaze’. Likewise in 2007, he played in the Tv show Cold Case as Dom Barron ’63 in the episode ‘House of Pain‘.

Further, the series that he did in the years 2009-2011 ‘Entourage’ gave him more recognition as an actor where he acted in almost 15 episodes as Jake Steinberg. Several others of Jonathan’s TV series are Heartland, Missing, Combat Hospital, Breakoutout Kings, Leverage, and many more. In like manner, there is a long list of work that Jonathan did in Television.

First talking about his filmography, he has played in different Television movies and short films. We can see him in tv movies like Mayday where he portrayed the character of Dough Berry. Likewise, others are Cake as Valet, Acceptance as Harry Button, Playback as a Nate, White NightCake, The Privileged,  and many more.

In his acting career, he starred in famous Hallmark channel movies. And some of them are Falling for a Look Edge where he played the character ‘Noah’. Furthermore, he appeared as ‘Prince Nathaniel (Nate)’ in another Hallmark film Once Upon a Prince. Additionally, Stalked By a Prince as a Prince Jack and Fit for a Prince as a Prince Ronan are his latest movies in Hallmark.

Jonathan’s Interest In Acting Since His Childhood

Apart from his academics, Jonathan was hugely interested in acting since his childhood days. It was kinda like a dream for him and he started taking acting classes when he was just a 10-year-old kid. In fact, his parents also supported their son to accomplish the required skill to fulfill his dream. And as a result, Jonathan began his acting career as an actor at the age of 16.

Lately, Jonathan is in a relationship with the Canadian actress Laysla De Oliveira. The lovebirds started dating from March of 2012, though they have not disclosed any information regarding how their relationship started.

Jonathan has been sharing pictures with his girlfriend since he began Instagram. From the beginning, it seemed like their relationship is meant to last forever and it really is going like that.

Further, the lovebirds have also worked in a movie together titled, Acquainted (2018). They, together make a beautiful couple which we can see on their respective Insta account especially when the star actor Keltz openly celebrates and becomes proud of his fiancee’s achievements.

He proposed to his girlfriend in the most romantic of ways

What’s more, the lovely pair is also engaged. Jonathan proposed to his girlfriend in the most romantic of ways. In December 2021, Laysla shared a series of pictures on her Instagram announcing that she and Jonathan have gotten engaged to be married.

In the photos, she mentioned in the caption that her boyfriend reportedly took her somewhere by saying that it is a work-related thing. This is why Laysla suited up in a formal manner.

But to her amazement, he hadn’t called her up to the location for any work-related thing but rather to take their relationship to the next level. Moreover, Jonathan didn’t accomplish this all by himself, he had a big team of people who helped him out.

Well, we are really glad the lovebirds took their relationship to the next level, and now we can’t wait to see Laysla become Jonathan’s wife.

Jonathan’s partner Laysla was born on the 11th of January 1992 in Toronto, Canada. Just like her fiancee, she also has taken acting classes and started modeling at the age of 14. Oliveria first made her debut in the year 2012 in the USA Network series Covert Affairs. After that, she appeared in several TV shows and films like Nikita, Gothica, Acquainted, and many more.

Lyasla, as an actress, rose to prominence after she starred in the 2019 Canadian Horror movie, In the Tall Grass. This movie was an adaptation of the Stephen King and Joe Hill novella that premiered on Netflix.

The Entourage actor is largely active on Instagram under the username @jonnykanyon with 110k followers. On his Insta, he keeps sharing his both personal and professional stuff. Likewise, he is also on Twitter with 32.6k followers. Moreover, we can see him on Facebook too.

Jonathan has been actively working in Hollywood from 2004 to the present day. He has acted in several series and movies so, we can undoubtedly say that the Hallmark actor is successful in generating more income sources and making a good fortune.

Get to Know about Tony Dalton-Everything about His Family, Career, and Relationships