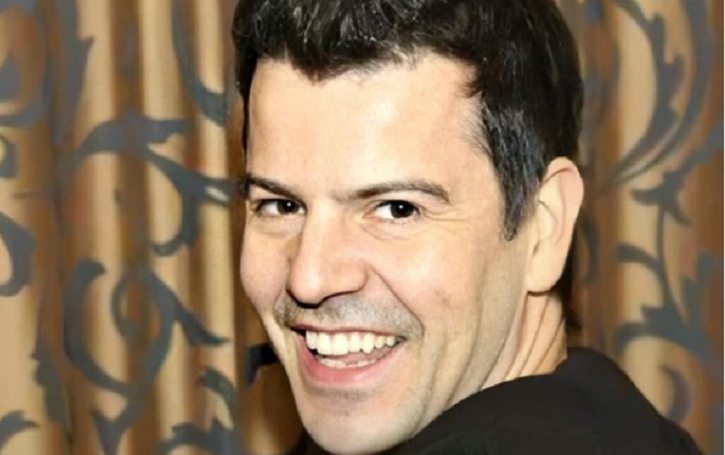 One of the prominent figures of the music world Jordan Knight gained worldwide popularity after joining the boy band New Kids on the Block (NKOTB) as a teenager. The hit band went viral in the late 1980s and early 1990s. They have released several mega-hit albums and singles to date. The band also won the American Music Awards in 1990.

After the band dissolved, Knight embarked on a solo music career and has sold more than 1.5 million records worldwide. Along with the popularity, he also has made a good net worth.

In the meanwhile also know about Jordan Knight tattoos, siblings, family, wife, and a lot more.

Jordan and wife Evelyn Melendez are married since 20004

Jordan Knight tied the knot with his wife Evelyn Melendez on 12th September 2004. Although the couple remained pretty secret about their wedding, Knight once told that he sang the beautiful song ‘I’ll Be Loving You (Forever)’ at his nuptials to Melendez. He recalled the moment,

It was kind of impromptu. There was a piano on wheels and a friend of mine pushed it in and was like, ‘And, now Jordan’s going to sing, ‘I’ll Be Loving You (Forever)!’ He put me on the spot, so I sang it.

He further told that his wife also loved his performance. The couple has since been together and their romance is still going smoothly.

According to sources say Knight met his then-future-spouse Evelyn in the mid-1990s.

The couple is blessed with two sons. Jordan’s wife Evelyn gave birth to their first son, Dante Jordan on August 25, 1999. At the time, the singer stated that after the birth of his first kid, it became quite challenging to handle parental duties and professional life.

Jordan Knight was born on 17th May 1970, in Worcester, Massachusetts, to Canadian parents Marlene Putnam and Allan Knight. His dad and mom are both from Ontario: his mother is from Dunnville and father Meaford.

They first came across at McMaster University and made their move to the United States in their late 20s. His parents are priests at the Episcopal.

In May 2018, the artist shared a throwback photo with his mother on the occasion of Mother’s Day. He wrote a sweet message on the photo, “Happy Mother’s Day to my beautiful mom, and to all moms out there working hard and giving their all! ❤️.”

Grew Up in a Joint Family With Five Siblings

Knight was raised in a large family. He has five older siblings including three brothers Jonathan, Christopher, and David as well as two sisters Allison and Sharon. His sisters were born while his parents were still in Canada and brothers were born in the United States.

The family of seven used to go to Toronto every summer. He also had a lot of memories at his grandparents’ cottage on Lake Erie. He used to celebrate Christmas with his grandparents and cousins. The single also visited Dunnville several times with his family. His favorite place to visit in Canada is Montreal. He told, “It’s so beautiful. I also love the atmosphere in Vancouver.”

What ethnicity is Jordan Knight? Has Dual-Citizenship

Knight belongs to Caucasian ethnicity. He has a dual-citizenships of America and Canada.

Jordan Played Baseball as a Teenager: Was bullied a lot

He before making his way to stardom used to play baseball in Dorchester, MA. Despite the interest, Knight often couldn’t be a part of the game due to the lack of skill at the time.

Jordan also had to deal with bullies his entire life, from his early childhood to all the way to his teens.

Joined New Kids on the Block at the age of 14

Jordan Knight was just 14 when he joined New Kids on the Block (NKOTB). The band consisted of his brother Jonathan Knight and other fellow members like Joey McIntyre, Donnie Wahlberg, Danny Wood, Mark Wahlberg, and Jamie Kelly. Mark and Jamie later left the group permanently.

Knight spent the next few years tutoring himself various musical instruments like piano and keyboard. He also wrote songs at the time.

The band released its self-titled debut album in April 1986. They subsequently came with several hit albums such as Hangin’ Tough (1988), Step by Step (1990), and more.

New Kids Disbanded and Its Reunition

Despite the immense success of the band, they separated in 1994. Nevertheless, they reunited in 2008. The same year, they performed in several concerts and released their album The Block on 2nd September 2008.

The band was also corporated into the Hollywood Walk of Fame on October 9, 2014.

Following the group’s split, the artist embarked on a solo career and came with a single Give It To You in 1999. It peaked at No. 10 on Billboard Hot 100. The same year, Knight went on to release his eponymous album.

Furthermore, his third solo album, Unfinished was released on 31st May 2011. It reached No. 8 on the US Billboard Independent Albums chart. He has sold over 1.5 million records worldwide as a solo artist.

Prior to his music career, Jordan Knight also made a few appearances on TV. He featured as a judge on the American Idol spin-off, American Juniors. Moreover, in 2004, Knight also appeared on the reality TV series The Surreal Life.

A year after, the artist performed ‘Give It To You’ on the British show Hit Me Baby One More Time. Moreover, Jordan was also a judge on the CBC show Cover Me Canada in Sep 2011.

Does Jordan Knight have Tattoos?

The majority of his fans are eager to know if Jordan has a tattoo or not? The answer to the question would be no. Although it’s common for celebs especially for the artists to inscribe tats, Jordan seems hesitant in tattooing himself.

What is Jordan Knight’s Net Worth?

Jordan Knight has an estimated net worth of $18 million, as per Celebrity Net Worth. His decade long music career played a major role in collecting such a tremendous amount of fortune.

In 2014, the singer released the album, Nick & Knight, in a collaboration with Nick Carter. They earned over $9.1 million from the record.

The artist also has embarked on the restaurant business. He is the owner of an Italian restaurant Novara in Milton. When the interviewer asked Knight what he likes to eat typically, he replied, “I’m not a foodie, really. I like the basics, like pizza, spaghetti and meatballs, chicken Parmesan, which you can get all at Novara.”

Where is Jordan Knight Now?

Jordan Knight currently resides in Milton, Massachusetts with his wife and two sons. He acquired the 2,252 sq ft house in June 2002 for around $575,000, according to the public records.

The mansion has 3 bedrooms and 2.5 bathrooms.

Other Interesting Facts of Jordan Knight

Who Is Evelyn Melendez? Everything About Jordan Knight Wife