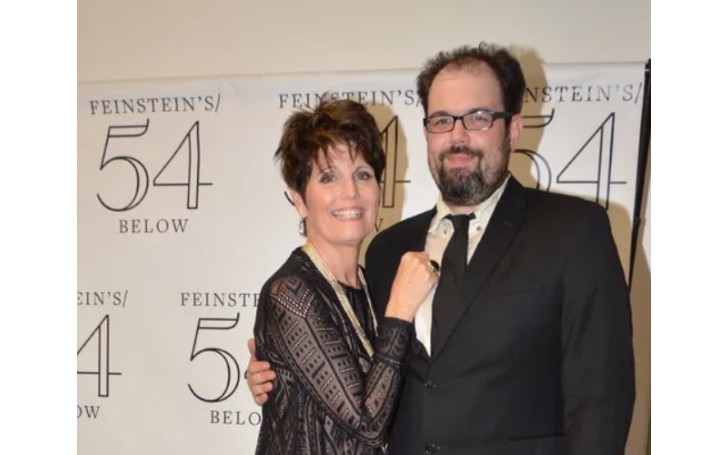 Joseph Luckinbill is an American guitarist. He is famous as one of Desi Arnaz’s grandsons. Joseph is the middle child between Desi’s daughter Lucie and her husband Laurence Luckinbill.

Joseph’s parents and grandparents were all part of the entertainment industry. His grandfather Desi was a multi-talented individual who pioneered TV series rerun.

Well, coming from such a star-studded family it is only natural we are curious about Joseph Luckinbill’s profession. Here today find out about Joseph’s profession, wiki, net worth, relationship, and more!

He was born on 31st December 1982, in Los Angeles, California. He is the son of Laurence Luckinbill and Lucie Arnaz. Joseph belongs to the mixed ethnicity of Cuban and White. His grandfather Desi was from Cuba and migrated to the US at a young age.

Besides, Joseph is the second son between Laurence and Lucie. Though he and his siblings were born in LA, they were all brought up in Katonah, New York. The family moved to the east coast in the late 80s.

From an early age, Joseph wanted to become a guitarist. Thus, during his time in school, he used to play guitar all the time which further brushed off his skill.

Upon finishing high school at a local school in Katonah, he enrolled in a music college. He graduated with a bachelor’s degree in music and a minor in jazz and classical guitar.

Talking about his siblings’ profession, both of them are also artists, but in different genres. Simon is a painter who has conducted multiple exhibitions all around the country. In 2016, he held a big exhibition at The Show, Flea On a Hot Rock was displayed at the famous Gallery 500, located, at the Five Hundred in Palm Springs.

On the other hand, his sister Katharine is an actress. She has worked in films like College Debts, Captain Incredible, and Today. She has been married to Jeff Conner since 2016.

We’re sure many of you pretty much know about Joe’s mother and father, Lucie Arnaz and Laurence Luckinbill. Both of them are former actors who made a big name for themselves back in the day.

His mother Lucie is famous for her work in the series, Here’s Lucy, The Lucy Show, Lucy and Desi. On the other hand, his father Laurence has played in varied movies including The Boys in the Band, Make Me a Perfect Murder, and The Delphi Bureau.

Both of them were also nominated for a couple of awards for their exceptional work.

His Grandpa is a renowned TV personality

Who doesn’t know the name, Desi Arnaz? One of the prolific TV personalities of all time, Desi, along with his wife, innovated syndicated rerun which they introduced with their series, I Love Lucy.

In addition to his work as a TV actor, he was also a producer, writer, and director. What’s more, before making it big as an actor, Desi was a part of the band named Siboney Septet which he started alongside his high school friends.

Initially, the crew used to perform in Miami but later on, they moved to New York. Within a span of a couple of months, the orchestra became a hit on the New York scene after they performed introduced conga line dancing. This new form of dancing became an instant hit.

Furthermore, it was while performing at one of these events that Desi got the attention of Rodgers and Hart. Eventually, they cast him in the 1939 movie Too Many Girls.

What is Joseph Luckinbill doing now?

As of now, Joseph has been working as a musician and primarily plays guitar. From early childhood, Joseph wanted to become a guitarist. At the mere age of 8, he started playing guitars.

He graduated with a bachelor’s Degree in Music from Shenandoah University. The star kid majored in audio production and engineering and minored in Jazz and classical guitar.

Is Joseph Luckinbill dating? Does he have a wife?

Joseph is a married man. For a long time, he has been married to Christa Messina. As Joe isn’t active on any social media profile, there are not many photographs of his wife Christa. That being said, his mother has shared a handful of photos of her daughter-in-law. Back in 2019, Lucie added a photograph of Christa, congratulating the lovebirds after they welcomed their first child.

Talking about his children, the eldest one Elizabeth Grace Luckinbill was born on June 26, 2019. Then a couple of years later, Joe became a father of a boy named George who was born in May 2021. The family of four leads a wonderful life.

Besides, his mother Lucie Arnaz shares a lot of photos of her grandchildren on her Instagram.

How much is Joseph’s net worth?

As the son of two old school actors, Joseph had a terrific childhood. At the moment, Joseph is working as a musician and has lent his music for several Broadway plays. Talking about his net worth, he is currently worth $500,000.