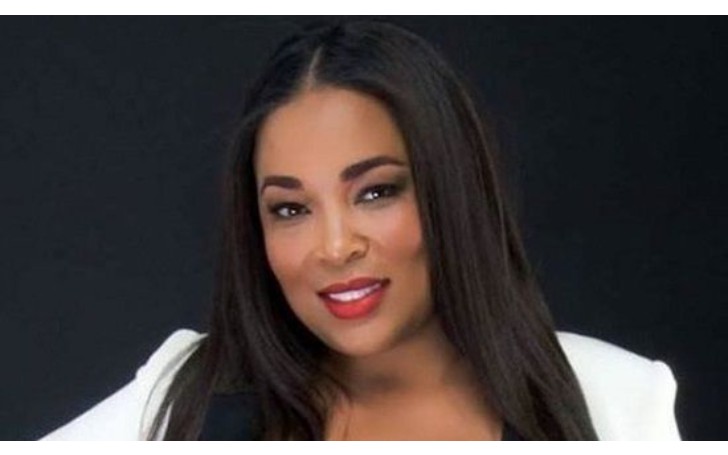 Josie Harris is famous as the ex-girlfriend of Floyd Mayweather. Unfortunately, Josie passed away at the ripe age of 40 in 2020. She was a mother of three kids all of which she shares with Floyd.

Besides, Floyd and Josie’s relationship wasn’t like your typical sunshine and rainbows relationship. Josie was a victim of Floyd’s constant violent behavior which led to a couple of domestic battery cases.

Today in this article, we’re going to find out some interesting facts about Josie Harris.

Josie Harris Wiki-Bio: Where is she from?

She was born on January 17th, 1980, in Nevada. Josie belonged to the African-American ethnicity. She came to media prominence after she started dating the retired world champion boxer.

Talking about her parents, there’s not much to discuss her except for the fact that her mom and dad raised her in Las Vegas. Likewise, no such information about her siblings is available.

She studied at a local high school in Las Vegas from where she graduated several years back.

When did they first meet?

It was back in the year 1995 when they first met. At the time, Josie was only 16-year-old and Floyd’s boxing career hasn’t taken off.

Upon meeting each other for the first time, the pair started dating right away. Their relationship soon took off when Harris became pregnant with their first child.

Josie and Floyd is a parent of three beautiful children

From their relationship, the former flames share three children, two sons, and a daughter. She became pregnant with her first child Koraun Mayweather while she was a sophomore. She gave birth to him on November 17th, 1999.

Two years after, she gave birth to her second child, a boy named Zion Shamaree Mayweather on March 28th, 2001. Her last child, a daughter named Jirah Mayweather was born on June 25th, 2004.

All three of her kids are all grown-up now and graduated high school from West Ranch High School.

As we all know that Floyd Mayweather is one of the greatest boxers to ever entered the ring. With 50 wins and no losses throughout his illustrious career, the man simply doesn’t know how to lose.

His boxing accomplishment is something that not many boxers will be able to achieve in their lifetime. Similarly, his children are on the same boat as getting out of their father’s shadow will be tough.

That being said, all three of them are trying their best to overcome their dad’s shadow. The oldest of the Mayweather kids Koraun has stepped into the rapping industry and has released a couple of songs.

Zion Shamaree, on the other hand, promotes and sells clothes under his father’s company name, TMT. Talking about the youngest Mayweather, Jirah is trying her hand in vlogging. She has a YouTube account wherein she shares vlog-style videos.

Although the relationship with Josie Harris was Floyd’s longest relationship, it wasn’t always sunshine and rainbows. Throughout their affair, the retired boxer has been accused of domestic battery.

Initially, Josie first filed for domestic battery in the early 2000s. At the time, Floyd was charged with two counts of domestic violence and one count of misdemeanor. For these cases, Floyd was suspended from the game for six months in addition to two days of house arrest.

After the first battery case, the couple reconciled, however, Floyd’s violent temperament didn’t go away. In September of 2010, Mayweather was sought after by the local authorities after he physically and verbally assaulted Josie at her residence.

It was their son Koraun who first witness this shocking moment as his father dragged his mother by her hair while kicking, punching, and cursing her.

According to reports, the boxer was angry with Josie’s alleged relationship with Basketball player CJ Watson.

Meanwhile, Floyd was taken into custody but was later bailed by posting a $3000 bail. A judge sentenced him to 90-days in prison along with 100 hours of community service, a 12-month domestic violence program, and a $2500 fine.

Josie Harris died in 2020: What is her cause of death?

It was in the year 2020 when the world came across tragic news related to Josie. She was found unresponsive in her car which was parked outside her house in Valencia, California.

At the time of her death, she was 40-year-old. According to the autopsy report, she died of a drug overdose. No foul play was suspected. Around the time when the news came out, Floyd was in Europe touring.

Her death literally broke her kids and her ex-boyfriend Floyd. The incident really broke her boyfriend and her children. Floyd took to his Instagram account to pay tribute to his late partner.

How much was Josie Harris net worth?

Before her untimely death, Josie was leading a luxurious life. Her ex-boyfriend Floyd is one of the richest athletes of all time with a whopping net worth of $1.2 billion.

At the time of her death, she was living in her lavish mansion in California.